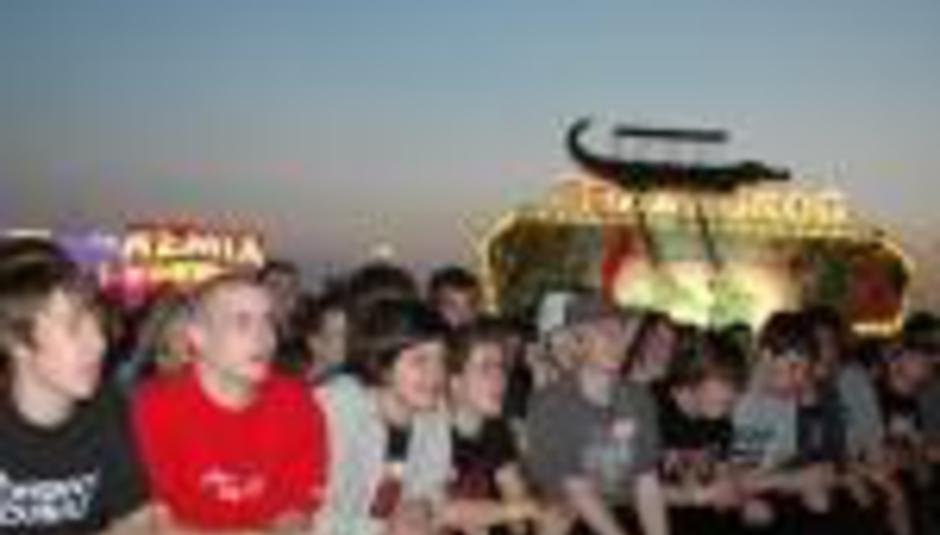 by Colin Weston March 15th, 2005
There have been a few rumours flying around but it has just been made official: on Saturday 6th August, Drowned in Sound will again curate the acoustic stage at the TMF festival in Thurrock.

But wait, that's not all. In conjunction with the festival organisers, we're offering you the opportunity to play one of the main stages. In the past, the festival has has hosted the likes of Biffy Clyro, Hell Is For Heroes, Eighties Matchbox, InMe, Reuben, Rachel Stamp, Engerica, Million Dead and Jetplane Landing to name but a few. The organisers are putting together an A&R panel to help with this years selection (including a DiS representative) and if you want a chance to play in front of up to 10,000 people, send your demo to the below address:

Additionally, if you want to be considered for a slot on the DiS acoustic stage, drop a line to discolin@hotmail.co.uk and we will take it from there. Several acts are already on the verge of being confirmed and an update will be up on this here site very soon.