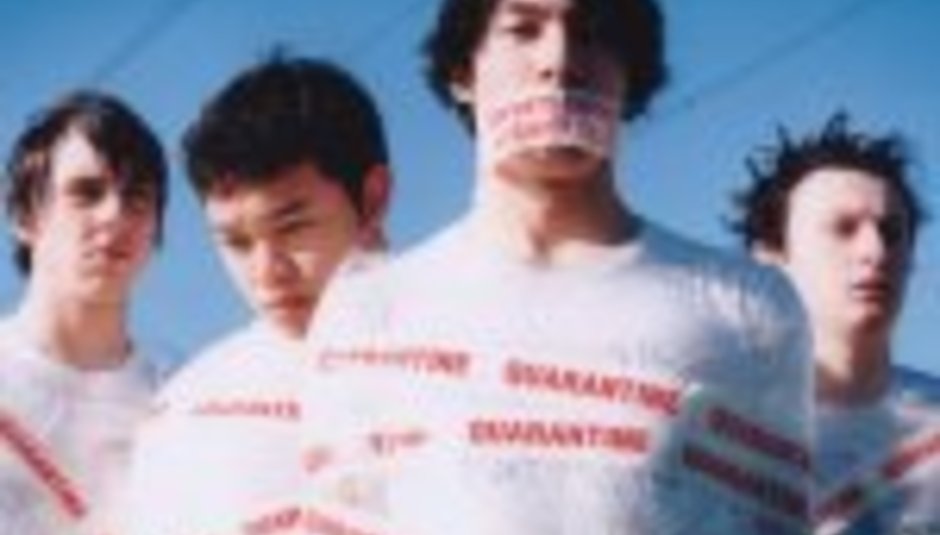 by Colin Weston January 19th, 2005
2005 is only just starting but already we have a whole load of news to throw your way!

Bolton's own Kinesis are possibly only weeks away from unleashing their new album on the world. No official date has been released but singer/guitarist Michael Bromley has uploaded three 30 second snippets of their unmixed new songs on to the bands official site

Rebus, 'the most influential band that Crowthorne has ever produced', are about to release their debut single 'Daylight Fading', on SugarRush Records and have several dates to support it which you can see on the band's site.

Colchester Arts Centre are holding a gig in tribute to the sadly deceased John Peel. Peel had a long association with the venue and several local bands owed much to the great man, several of which will be playing short sets in his memory. Acts confirmed to date are Extreme Noise Terror, The Secret Hairdresser, The Dawn Parade & Cats Against The Bomb (all of whom have previously recorded Peel sessions) with possibly more to be confirmed. Saturday 29th January is the date and is a free gig so get out and show your support.

Visible Noise new signings Days of Worth are set to follow on from their ‘thisgirl’ tour with a few headline dates of their own. Full dates can be found on their website along with details of their debut album (The Western Mechanism) and single (Take Me Through) which are both due for release in the very near future.

Bristol boys Cajita are out on the road for a few one off gigs in the next few weeks, including their debut London gig at The Blag Club, Notting Hill on 10 February before they take to the road proper at the end of the month; however, the band are still in need of a van. If you can help go to their site and make yourself known!

Southampton continues to bring on the noise with Xavier Floyd Firebird about to hit the road on a 23 date tour, as well as releasing their new single 'Boss Man, You Scare Me' on 14 February through Global Warming.

Scunthorpe upstarts Shuriken start the New Year by continuing where they left off in 2004. Along with a short jaunt around the country, the guys have completely revamped their website and made their Scuzz playlisted track '18th Emergency' available for free download, as well as confirming a BBC live session for May.

It has been a busy time recently for Bidgie Reef & The Gas and there's no sign of it letting up yet. Along with numerous live dates, it has now been confirmed that 'Latchkey Lennie' will be released March 14 on strictly limited 7" purple vinyl through XXIV Records.

And just to round off this month's piece, pioneers of Polish hip-hop Kaliber 44 are hitting the country in the next few weeks playing Cargo on Sunday 20th February so go and check them out if you can.