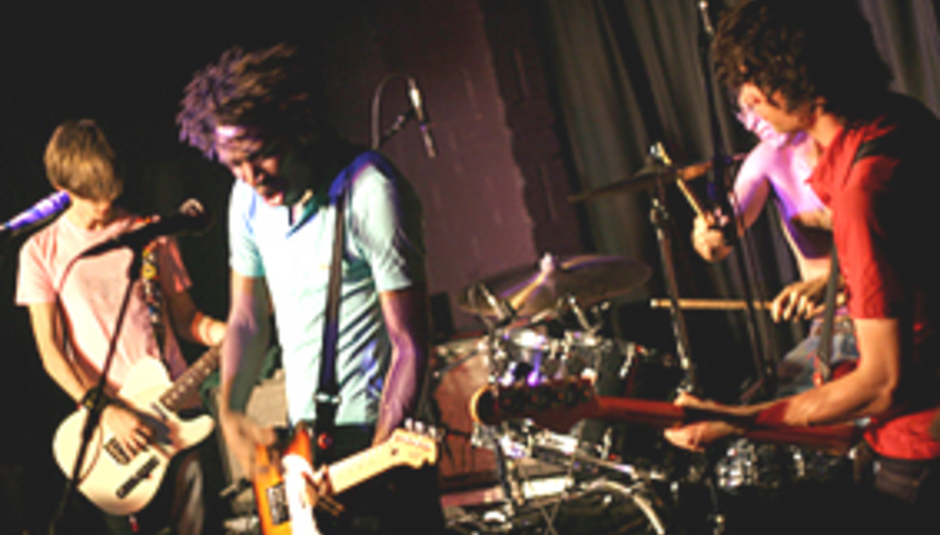 What will you be doing this evening at 11:35? Because if you're near a tv, make sure you have it on Two for programme six of series 24, of Later... With Jools Holland, featuring none other than the mighty Bloc Party, Interpol and the Elton John!

DiS sucked a lot of cock and bribed a lot of beautiful receptionists and was there to witness Bloc Party record their debut tv appearance on Monday night. As you will see, they've done themselves proud with a fantastic performance of Western-tinged recent single 'Helicopter' and forthcoming album opener 'Like Eating Glass'. We dunno what was stranger: seeing the band touch so many more people with their brand of angular disco rock, or watching Elton John tapping his feet and applauding, then asking for a copy of their album to be sent over to his dressing room afterwards.

Also, there was a guy called Ray Lamontagne on there with a gigantic husky voice, kinda like Tim Buckley, Neil Young and Van Morrison.

Oh, and Keane are on too, and if you listen carefully you can hear a certain bed-wetter hater (me!), booing.

DiScuss: Can someone set the video?