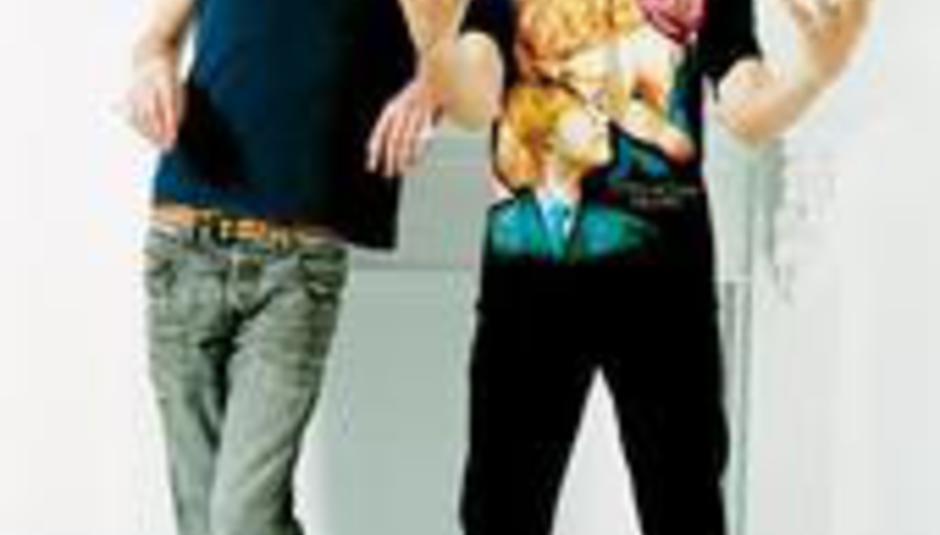 Set aside a date in your diary: Presets on tour. Plus WIN albums...

Australian pair The Presets are touring the UK next week, and by way of celebrating their arrival on our shores, DiS has five copies of their Modular-released album Beams to give away. TO YOU. Maybe...

Kim Moyles and Julian Hamilton play the Hi-Fi Festival in Ireland tomorrow before sailing across the Irish Sea to what we lovingly call Ing-ger-land. Which is, like, south of Scottishland or summin.

More information from the band's website and MySpace. Probably.

So, wanna win an album? It's so easy a dog could do it. A really dumb dog. With no eyes. Just e-mail ME with your address and come Monday August 7 I'll pick five entries and SEND a record to the sender. See, EASY.

Write 'Presets pleeease' (the three 'e's are essential) in the subject line and send your address to:
mike DOT diver AT drownedinsound DOT com