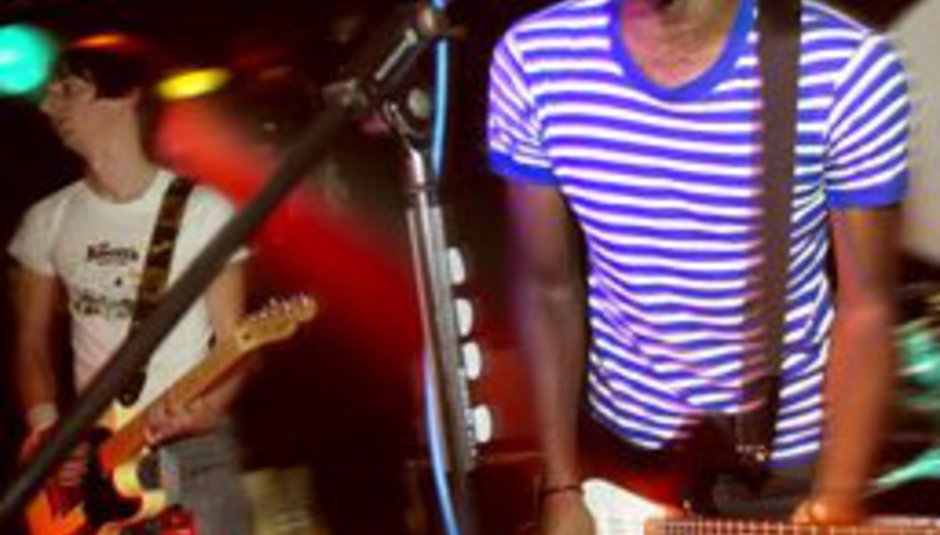 The session ties in with the release of their fourth (already?) single, 'Helicopter' on October 25th, the second on their new(ish) home Wichita Records.

The foursome's Manchester gig three days later has been sold out for a number of months already.

The band's tour kicked off in Brighton yesterday, and when cornered for a quote, singer Kele informed us:

"It feels good being back on home soil - it's been a bonkers few months, what with the US tour, my heart operation and all those pregnancy scares, but we're back and better than ever".

We can only hope that Kele's heart holds out for the rest of the year, and that those aforementioned babyscam shams are indeed merely libellous chat.

Go see Bloc Party before they are locked up/ buried in the ground.

In other related news, Secret Machines have been announced as guests of Interpol on the New Yorker's tour of the UK. Which also features Bloc Party. It's like a jigsaw d'actualities, isn't it?

Bloc Party do French dates on their own from the 6th to the 10th November before hooking up with Interpol on the 19th November for dates on the continent that last till the 7th December. Then Bloc Party head back to the UK for the:

...which isn't actually a tour, and we made the name of the tour up, but hey, it's gigs isn't it?