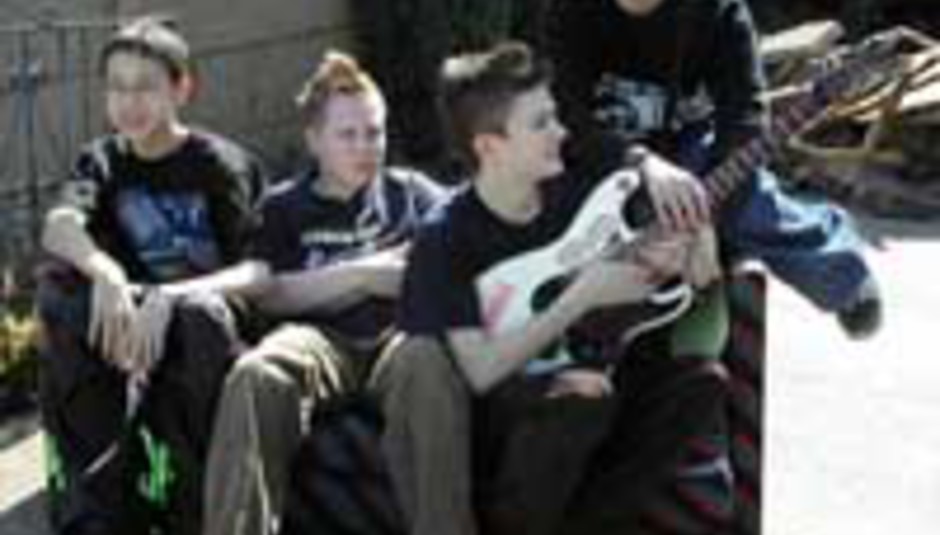 OCTOBER ALL OVER have recorded a self-funded album, much of which has found its way onto the airwaves via John Peel. Think of the Pixies bellyflopping Mclusky and you’ll get an idea of what they sound like. DiS, somewhat inevitably, approves of this behaviour. They are from somewhere in London.
ONSTAGE AT 10.30PM

PROZAK are South London 15-year-olds who found one of their songs played by Xfm after their guitarist thrust a CD into John Kennedy’s hands at an X-Posure Live night. Jerky riffs and powerhouse drums, like an anti-core version of Ash. DiS likes baby bands.
ONSTAGE AT 9.45PM

SUB ROSA are a hi-energy three-piece from East London set to release their debut album on Union Records in July ’04. Like Placebo, except not shit, they fuse edgy, jagged guitars with driving bass lines and, much like others tonight, intense drumming. DiS likes drums.
ONSTAGE AT 9.00PM

There will also be DJing and dancing and maybe even an Art Brut cover by one of the bands. It will require audience participation - ergo, we’d really like an audience. So this is how you find the place:

The Paradise a white pub on a corner. It is in Zone 2, six miles from Trafalgar Square. It’s five minutes to New Cross from London Bridge by British Rail (New Cross is also a tube station on the East London Line) then two minutes walk. It's three minutes walk from Deptford Bridge DLR, New Cross Gate (tube/trains), and Deptford Bridge (Light Railway) stations. The New Cross Road is a section of the A2 (The Old Kent Road) that runs between the continental coast and the capital.

So now you know.