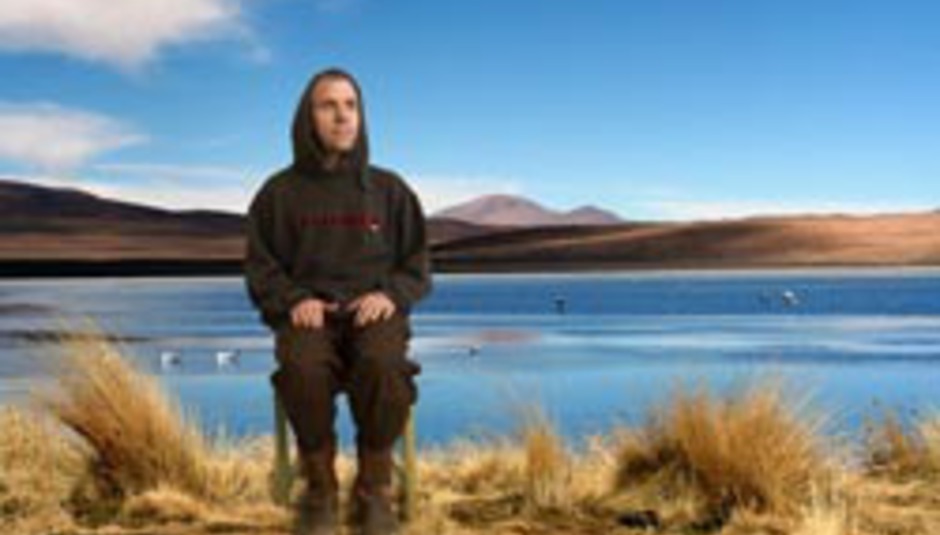 Perhaps we should have seen it coming: the official ‘it’s over’ announcement was a way off yet, but Grandaddy’s penultimate release (excluding singles), Excerpts From The Diary Of Todd Zilla, ended with the song ‘Goodbye?’. The credits, too, suggested to even the fair-weather fan that not all was well in the Grandaddy camp: most of the instruments on the record were played by just one man, singer Jason Lytle.

Delve just a little deeper into the Modesto, California outfit’s history, though, and you’ll discover that not all that much changed come the prelude to the band’s parting gesture, the comparatively limp Just Like The Fambly Cat. Even the notes to the group’s most-acclaimed album, The Sophtware Slump, state ‘all tracks written and produced by Jason Lytle’. Sure, his band members were listed just below – bassist Kevin Garcia, drummer Aaron Burtch (who did play on the final two releases), keyboard player Tim Dryden, and guitarist Jim Fairchild – but already it’s clear who the sole driving force in the band was. Grandaddy was Lytle, Lytle was Grandaddy; it’s just that it’s taken the layperson until now to realise it properly.

“It’s much more natural to imagine a band rocking out together than it is to imagine one frustrated guy at 4:30am in his boxer shorts and messed up hair, slaving over the same keyboard part for four-and-a-half hours,” says Lytle via e-mail a month after the release of Just Like The Fambly Cat. “I recorded and wrote all of the music and the parts (but) I didn’t want to distract the listener from whatever they needed to think when they heard the music.”

Of course, the full line-up arrived in the UK whenever their label – V2 for most of their in-the-public-eye career (although their debut proper Under The Western Freeway didn’t emerge until 1997, Grandaddy had been together since 1992 in one guise or another) – requested that they promote their recorded wares. This writer caught the quintet a handful of times, but one particular night sticks in the memory: Manchester, May 2000. A first-year student still discovering new music week in, week out, I was surprised to see Lytle skateboarding outside the venue with a gaggle of locals – even at 20 years old, I assumed that touring American bands would be straight in, straight out, cheque please. Grandaddy, though, were never quite conventional. Indeed, when writer Olav Bjortomt tried to interview Lytle for Logo magazine in 2003, around the time of Sumday’s release (their third long-player), he was left fuming from the singer’s less-than-enthusiastic responses. “Just listen to the album,” he closed his piece with, “and never, ever, try to interview the guy.”
Hardly the kind of behaviour one would expect from the frontman of a band signed to a major (albeit not major) label.

But back to that show: entrancing is a summary that suffices. I was enamoured, entirely, with 2000’s The Sophtware Slump, and the press were similarly slavering to sing its praises. “Easily the equal of OK Computer,” stated The Independent. Fuck me, thought I: OK Computer was just about my favourite record of all time at the time. “Mysterious and timeless,” said the NME. We were all sold, and The Sophtware Slump is still the album Grandaddy fans cherish the most. Lytle, though, never heard it in quite the same way.

“I would record The Sophtware Slump over again. The fact that this album has gotten this sort of acclaim only reconfirms to me what a load of shit this business is. An album about trees and computers that came out right after OK Computer? I don’t get it… but I do.”

Regardless of Lytle’s doubts over the press’ reaction to said record, its reach was wide and not entirely expected. Suddenly acts all over the world were ramshackle-ing up their indie-rock, mixing twee with the tremendously riffin’ to make music that could be emotionally affecting and effective in terms of making you bust out some dance moves. Lytle still sees Grandaddy as being influential today: “I think we influenced a band by the name of Midlake. They happen to be one of my current favourites.”

During their tour for The Sophtware Slump, Grandaddy shared the stage with Elliott Smith, then promoting his Figure 8 album. The late singer would occasionally join them on stage, too, providing lead vocals on parts of the album’s epic opening track, ‘He’s Simple, He’s Dumb, He’s The Pilot’. That experience came back to Lytle a little after Smith passed away.

“I was on stage singing the high vocal part in ‘He’s Simple, He’s Dumb, He’s The Pilot’. One year before that, Elliott was on stage singing it. I was exhausted, wasted, and tour-beaten. I was crying on stage while I sang it, and I was embarrassed to be crying uncontrollably in front of strangers. I had to cover my face with my hands. Elliott was dead. I was over all of it. It felt too much. It was too deep, too real, too much. I don’t think this shit business deserves that much love.”

Whatever its spark – be it the passing of a friend or the laziness of the press in their approach to covering his band (“I found the British press was preoccupied with stupid questions,” Lytle says. “It seems the people too quick to judge and too anxious to paint an oversimplified easy-to-digest picture of something that may be a little more complex in construction are just a bit lazy and maybe a bit too simpleminded themselves.”) – it’s clear that Lytle is wary of the industry's ways. He spoke to the NME just after announcing Grandaddy’s split in January 2006:

“Refusing to buy into the way things are traditionally supposed to be has made things worse for us. It hasn’t proved to be a huge money-making venture for a lot of guys in the band.”

Despite his concerns over the chew-them-up-and-spit-them-out nature of the higher echelons of the music industry, Lytle has repeatedly assured fans that he will continue making music, and only recently announced that he would tour the US (in July, click here for the Pitchfork news story), playing Grandaddy standards from across all four albums.

“I will make music,” he says. “Whether anyone wants to hear it is something I will worry – or not – about at the time. I started off making songs alone and making home recordings way before Grandaddy – I love making music and writing songs. I’m keeping it more like a private detective from here on out. The band was more like the Brady Bunch or the Partridge Family. No more bands. I don’t need it.

“The thing people don’t realise is that I killed myself making the albums, and then I did most of the promotional stuff. Then I had to teach the band the songs, and then I killed myself on tour, and then it would start all over again after I’d had a few months to detox and oh fuck it… I drove myself too hard. I’m tougher than most people I know, especially in this flaky line of work.”

Whether Lytle needs Grandaddy now or not, the band remains a significant part of his life: how can it not, after 14 years? Just Like The Fambly Cat suffered critically, partially, because it was the final chapter, the concluding episode, the piece that completed the puzzle; had it not been dressed up as some grand fond farewell, by the press itself, then it almost certainly would have been met with a more favourable reaction. I, myself, am guilty of expecting too much. But that’s what fans do, right? And we never want our favourite bands to fade away. Lytle hasn’t paid all that much attention to the poison pens’ prose this time around, though…

“I make albums for myself, and for others who aren’t over inundated with bands and music. I went through a phase where I cared what critics thought. Or, should I say… I acknowledged them. On this album in particular, I did not.”

And we come all but full circle, back to that opening paragraph: Excerpts From The Diary Of Todd Zilla’s closer’s title seemed to inform much of Just Like The Fambly Cat: the album never seems entirely happy in tone, nor does it echo the creativity of its predecessors. Critics jumped the gun rather, assuming its rather dour atmosphere stemmed from the inevitability of the band’s break-up; Lytle explains otherwise.

“During the one-and-a-half years that I recorded this album I lost my girl, my friends, my home, estranged my family, got sober, got wasted… I got too many things going on. The band breaking up only became a reality at the end of the recording. Many songs that people claim to be directly related to the band are actually directly related to other things I had going on.”

While it’s a shame that Grandaddy ended in such confusing, and contested circumstances (reports of an entirely amicable split have been countered rather by Lytle’s recount of a particularly tense and grievous band meeting in December 2005; he said there had been a complete breakdown of communication between members), there’s no doubt that their stonewall classics – from the magical ‘A.M. 180’ onwards – will continue to find their way to the stereos of many a fan with no little regularity. There is something so very special about Grandaddy: they were an intelligent, charming band, one that won the doubter over with ease. I saw it happen that night in Manchester, and I’m certain they saw it before their on-stage eyes thousands of times more.

Lytle’s immediate future isn’t particularly mapped out – there’s no label setting release dates or scheduling faraway tours – and such circumstances can only assist the man in the production of many a classic to come. I’d close with a ‘fingers crossed comment’, but I don’t feel it’s necessary. What I now see coming: ‘Hello!’ to new material, as and when it’s ready.