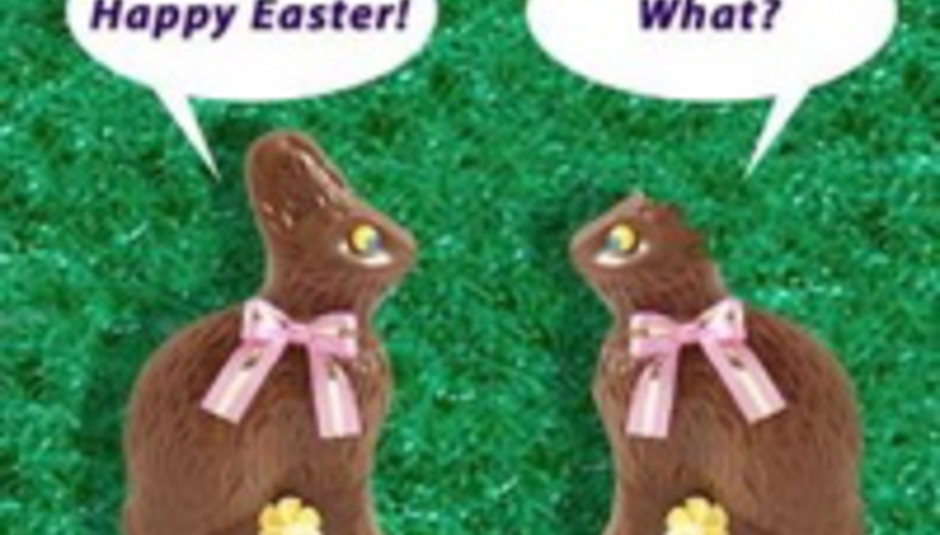 DiS' guide to a cracking Easter

DiS' guide to a cracking Easter

DiS highlights two great shows this Thursday and rounds-up the best of the Easter weekend delights around the country.

Rather than pummeling your bank account on shoddily made easter eggs and basically anything egg-shaped (Fred), go to Tesco and buy ten bars of Value Milk Chocolate (that's a total of £2.60, kids) and spend the money you've saved on going out and killing your liver. Seriously, it's better than being fat, innit?

We'd love to know what you're attending and what people in your area should be looking out for, so why not comment underneath with events you're promoting, going to or can't afford to be at but wish you could!

Here's two great shows from the capital this Thursday and a whole bunch of delightful shows around the UK across the weekend:

As well as hosting the ineffably sexual DrownedinSound.com DJs, the inaugural Insomniac's Ball has a host of indie/rock talent to get you through 'til the small hours. Here's our picks:

Battle
Going from strength to strength, Transgressive Records' Battle are a post-punk whirlwind. Recent single 'Tendency' showcased the band's knack of writing a cracking pop tune and their forthcoming debut album is sure to be a corker.
British Sea Power
The long-awaited return of Brighton's intelligent pop-rock heroes sees them take on London's drunk massive. Bringing their acidic, sub-psychedelic romps to the 1200-capacity main room, this could be the performance to remember.
Komakino
After their successful fan club tour with Bloc Party, Komakino are fired up and ready to take on London once more. Armed with bags of songs and an unmatchable on-stage presence, it's often hard to find reasons not to like this band.

There's a whole load of different worlds inside Fabric for this night. Parties hosted by DFA Records (yes! Hot Chip are DJing!), Transgressive Records and more, all under one roof. Get in!

Polytechnic
Lying somewhere in between The Monkees and Pixies, Polytechnic are annoyingly good at penning a cracking tune. The five-piece encompass the whole spectrum of great pop and chuck in a bunch of alt-rock attitude to complete the package. A must see.
Shitdisco
Alongside Klaxons, Shitdisco are whipping up a storm and causing something of a buzz around a new rave revolution before the year is out. Thunderous basslines and incendiary live performances make an all-out indie-dance cataclysm that will have you dancing all the way through and still leave you impressed at their musicianship.
¡Forward, Russia!
You didn't think we'd ignore our favourite Leeds-based four-to-the-floor dance-punkers did you? Having completed their debut album and played a few dates out in the US, the russians are back in town. Expect that insatiable thirst for live performance, heads-against-the-wall intensity and one of the best beards in rock today. Awesome.

DiScuss: Please add your events, what you're attending and which members of your family you shall be avoiding at all costs!