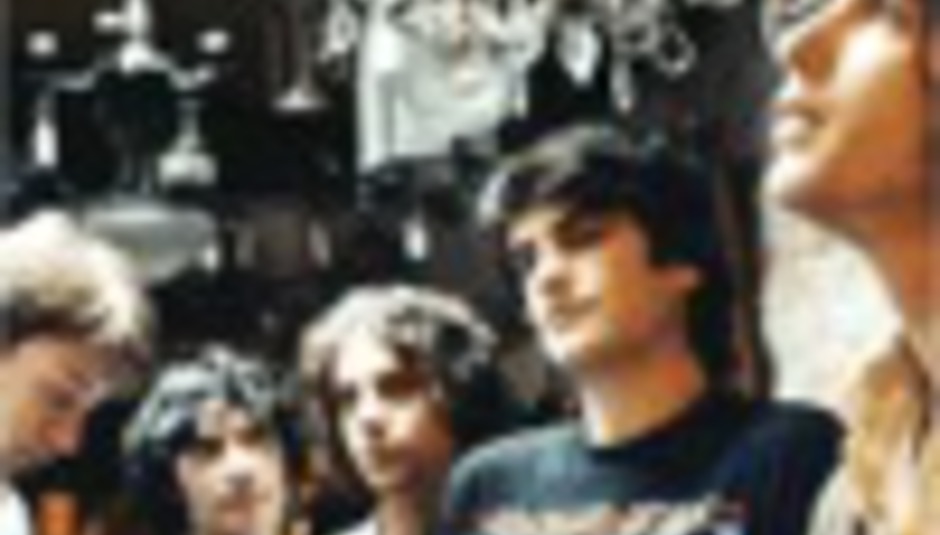 In the fuzzy sunshine of their videos, surrounded by bikini-clad California girls, they certainly seem to emit a certain spirit of the bon vivant, but in such climes that probably wouldn’t be such a challenge. This Dublin quintet of twenty-somethings with a passion for west coast living though are also friends from way back when they were bashing out bad impersonations of Led Zeppelin in each other’s bedrooms. As guitarist Padraig McMahon recalls: “Conor and Danny, they grew up together so they knew each other since they were babies, literally. Then Kev was in school with Conor since he was 12. I met the guys who through my sister when I was around 15 and the same with Ben as well, so ever since we were 16, we’ve all been a group of mates anyway.”

Whilst their debut album, ‘So Much For The City’, may suggest a childhood brought up on songs crafted in the Laurel Canyon, in their formative years, their ears were pricked by some slightly more homegrown sensations drifting across the Irish Sea. “When we were 16, it was the head of the Britpop revolution. Bands like Blur and Sleeper and Elastica were coming through and Oasis. It was a pretty inspiring time to be in a band because all these young bands were coming through.”

Whilst many an aspiring guitar god will have trawled his way through a whole host of fall-outs, break-ups and the old chestnut of ‘musical differences’ (the difference usually being between the members who possess just a tiny sprinkling of musical ability and those who have absolutely none at all) that go with being in a teenage combo, Padraig seemingly hit gold first for the first time, or well… nearly… “None of us have really played in other bands. I don’t know what its like to play guitar for anybody else. We’ve always played together and its always the way it’s been. We started writing our own material when we were 16, but as with any band when they’re young we were pretty atrocious. We were just making a racket.”

The Damacan-like revelation that a career in spandex and Byronic curls was not for them was to come a couple of years later. “Once we were 18, we all went to San Diego for the summer and that reinspired the whole band. We’d taken it easy. We were all hanging out, but the band had fallen by the wayside a bit and we were not really sure what musical direction we wanted to go in. I guess that was the point in band when we all turned and we were listening to different music. We listened to so many amazing bands over there like The Byrds and Neil Young and Burt Bacharach and they turned us on in a different way.”

A long summer on the beach was spent, with the occasional strum around a campfire, but still with only a few songs written. It was only on their return to Ireland, reinvigorated, that The Thrills started taking shape. “Most of the songs on the album were actually written in Dublin. We had such a bad time when we came back from America. We signed this really bad deal with this small independent label. All the songs were written in an escapist way, thinking about all the great times we had.”

Armed with some sprightly slices of country-rock and most of the songs that would make their album, they then set about extricating themselves from their previous obligations. “We eventually managed to get out of our independent deal and we met a manager called Alan Cullivan. We were immediately friends with him and he never asked for a management contract, we were just friends. He put us in the studio with a producer, an Irish producer called Mark Carrolan, who did the Last Post album. We did two demos, ‘One Horse Town’ and ‘Big Sur’, with him. Really it was a big snowball after those two demos.”

With Morrissey’s patronage and a love of both The Strokes and The Smiths, one record label did seem a very obvious choice to place their signatures with. “Rough Trade was always our dream, they were always our fantasy label and I guess we hadn’t ever thought of signing a major deal. Virgin were literally in at the beginning with Rough Trade and we were a bit sceptical until we came over and met them. The people and the staff were hungry for new bands and it was probably the only independently minded major label we came across and that really turned us on.”

So with the ink on their record contract barely dry, The Thrills wasted no time setting off back to the States to make the record. “From when we signed, four weeks later we were in LA doing a record. The huge paranoia for us was after signing such a bad independent deal was being left on the shelf.”

On production duties was Tony Hoffer, a man credited by Turin Brakes as having the rapier wit of Woody Allen and the raw squelching funky moves of Prince and seemingly an inspired choice. “We didn’t ever want our record to sound retro, to sound like it was recorded in 1965, using vintage gear. He’s so obsessed with same sixties and seventies bands that we are, but he also has so many different influences, like hip-hop. He was able to appreciate our old class song-writing and give it a fresh twist.”

With six or seven years back catalogue, another potential minefield was what to put on their debut album, after such a gestation a platter a long time coming. “We recorded about 15 or 16 songs and we always knew the record was going to be no more than about 11 tracks. We’re all fans of those classic old vinyls, a double-vinyl with 5 tracks on each side.” The focus now for the band is the follow-up. “We’re already writing for the next record and we already have 4 new songs in the set that could be on the next record. The bands we love, each record has an evolution in it, they don’t turn into a parody of themselves.”

As teenagers, they’d hang around each other’s houses strumming guitars until they had something a bit special and it seems the writing process has little changes. “The way we write is that Conor will often come in with the kernel of a song on a guitar. We’ll either scrap it or turn it this way and that, switch choruses and then we’ll spend a lot of getting either instrument and the arrangement and the whole sound of it right.”

Supporting Morrissey at the Royal Albert Hall as your first gig would probably be enough for most musicians to die happy, for The Thrills it has already proven to be little more than an appetiser to greater things. At the bequest of The Glimmer Twins, The Thrills are soon set to play with the Rolling Stones. “When we were told, we were in America and we didn’t believe it at all. One of their booking agents had heard about us and he’d come to see us support Turin Brakes at Brixton Academy and they liked it. Our agent was keeping it under his hat and wasn’t telling us anything about it, then he came to us and then just dropped the bomb.” It was only a few months ago that they were in the audience themselves.