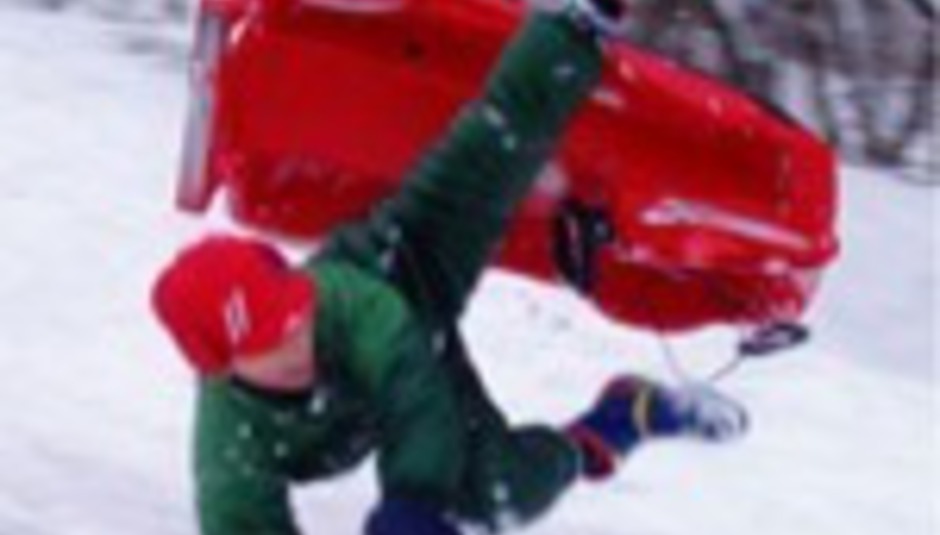 Fall Out Boy vs Idiot Pilot

Fall Out Boy vs Idiot Pilot

Recently indifference, indecision and derision have arisen from experiencing two of Americaï¿½s latest major label exports: ultra-fashionable Chicagoan popcore purveyors Fall Out Boy *and Washingtonï¿½s Deftones-collaborating, indie computer rockers, *Idiot Pilot. Both bands have just toured the UK, selling out venues far and wide and having seen both bands now, I was left slightly puzzled when DJ Mike Diver asked me, ï¿½Hey Raz, do you think that Idiot Pilot album is any good?ï¿½ I wasnï¿½t entirely sure but then he said, ï¿½Oh, and I really like Fall Out Boy! What do you think?ï¿½ There was only one feasible option to be taken here. I knew I had to figure out which band was better. I donï¿½t know why that might possibly help, but I do know how. This is how.

Fall Out Boy have seemingly produced the generic emo pop record of all time with Under The Cork Tree. Containing their current top 10 smash hit single, ï¿½Sugar, Weï¿½re Going Downï¿½, the quartetï¿½s follow-up to 2004ï¿½s Take This To Your Grave is a pompous slab of bland sub-rock. Embellished with disastrously unintelligible lyrics and plodding rhythms, the bog-standard tunes are fast-becoming a big fat success. There is no innovation here. This is a bad thing. These records might become the Nevermind of the new generation. Once youï¿½ve finished swallowing that bit of sick back down, you have to wonder: what hope is there for the future if this defines the present?

Weï¿½ve only just got Idiot Pilotï¿½s first album released in the UK and, as debuts go, it really isnï¿½t that bad. Combining progressive electronic influences with volatile indie rock lends to an interesting blend of wonderfully structured, avant-garde music. Granted, overly-synthed screamo vocals make undue and excessive appearances throughout, but the collaborations with metal legends Deftones and the affiliated Team Sleep have been found in many a happy DJï¿½s set. While this album may be slightly rough round some edges, you can be sure that these youngsters will continue to grow and experiment. Much can be expected.

VERDICT? While both bands have thought long and hard about the music theyï¿½re making, Idiot Pilot win by a country mile because they decided to make great music, rather than music that sells by the shelfload.

The giant emo-pop anthems almost quite literally raise the roof of the Astoria. You canï¿½t help but feel a bit dirty when Fall Out Boyï¿½s frantic hymns are being called out at them from the audience and you feel a bit left out. You feel dirty because you want to join it. Itï¿½s ok, though, because as all the lyrics are so incoherent you can just shout any random noise ï¿½ as long as it fits with the music ï¿½ and the mini-scenester will flash a glare and four painted fingernails up at you, as it rocks the horns at you in apathetic appreciation. There really is nothing to think about here at all. Itï¿½s not a good thing, but it sure is fun. Remember: it is not a good thing. This band will lead to the downfall of modern civilisation, as we know it.

While listening to their songs is enjoyable, watching Idiot Pilot perform them is not fun. The words ï¿½embarrassingï¿½ and ï¿½dullï¿½, however, do come to mind. Granted, they perform the tunes competently and the stage at the Garage is hardly spacious but there are only two of them on stage and nigh on zero equipment to stumble over. Add to that the fact that only fitful singer Michael Harris was making use of the space and you can imagine how he might have looked like an electric penny rattling around in a tin can. For all his admirable effort ï¿½ strutting about the stage throwing emo posturing and an amateurish microphone swinging technique into the mix ï¿½ he just looked like a prissy try-hard. Expanding Idiot Pilot into a full touring band is not a recommendation for the next tour. It is a requirement.

_VERDICT? _The well-travelled Fall Out Boy are guilty of being a much better live band than the youthful Idiot Pilot. I was hoping I wouldnï¿½t have to say that.

The magnificently tanned and makeup-smattered Pete Wentz is not exactly the poster boy for the next generation but he does play bass in Fall Out Boy. Heï¿½s also well buff, proving that a strategically placed gym membership can work wonders in procuring the groupies discussed in the next section. He wears tight stripy polo shirts to accentuate his buffness. I can bear witness that DiSï¿½s own Sean Adams and Michael Diver also frequently sport such attire. It must be a winner.

Idiot Pilot donï¿½t wear stripy polo shirts and they donï¿½t play bass in Fall Out Boy. The stupid geeks potter around in jeans and t-shirts. Like, get a clue. As if anyoneï¿½s gonna buy into a couple of scrawny indie boys. Michael Harris had that cool floppy emo fringe thing going on but otherwise I can only suggest that they get some muscles and some kohl. Maybe then theyï¿½ll have a future in the centre pages of some shite magazine.

_VERDICT? _I had a bit of a moment, but itï¿½s ok. I think Fall Out Boy won for dressing like emos. Not emus. Emos. I donï¿½t really care any more. Iï¿½m talking about what they like to wear, for fuckï¿½s sake.

Idiot Pilot also do appeal to the Emos but the people at the gig were just generally cooler. And they probably heard about them through seeing Deftones. That means the fans may also like Will Haven, who are bloody brilliant. You know that they are touring next month? If I see any Idiot Pilot fans at the Will Haven gigs, my decision will obviously be vindicated.

Fall Out Boy are on front covers of magazines and are probably going to become very rich. This means that come 2007, they can buy their credibility. With a credit card, probably. Also, they started out on tiny indie label Fuelled By Ramen. Sometimes I am fuelled by ramen. I like the chilli chicken ramen from Wagamama. I think thatï¿½s #27 or something. I donï¿½t go there often enough to remember it off by heart.

Not everyone remixes Deftones or Chinoï¿½s side dishï¿½ I mean side project, Team Sleep. Idiot Pilot have done and they have also been onstage with Chino and the gang. I have been on the stairs of the Kentish Town Forum with Chino when they played that wicked last minute gig with Lostprophets in 2001. That was great. He was so sweaty and kinda clambered over me, covering me in his sweat. Nasty.

_VERDICT? _Dead heat because I canï¿½t really remember the point.

So there it is. I have possibly come to a definite conclusion and so I get to test my arithmetic by totting up all the scores over the course of the game. Youï¿½re on tenterhooks by now, right. Well no, because you probably checked the final score before you started reading at all. Anyway, here they areï¿½

Yep, it was pretty close. They both got rather crap scores in the end. In answer to Mike Diverï¿½s question, Iï¿½m not particularly partial to either band but I do like Deftones, Will Haven and Wagamama noodles. None of them are sponsoring me or anything, but I am open to offers. Even t-shirts will do. But the free meal tokens are obviously preferable.

The picture, by the way, is of a boy, falling out of a sledge. I was going to display the results of an idiot pilot, but you damn people would probably get offended, innit!