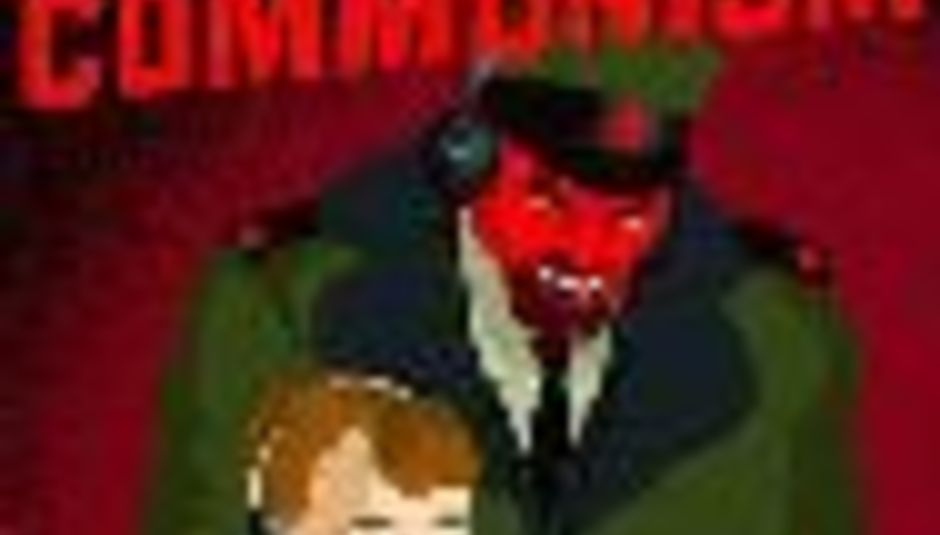 
Judge: Bring out the mp3s! Mister.pee-free, you are charged with the man slaughter of the music industry!
Compere: Let me hear a biiig ’Fuck yeah!
Judge: You are also charged with the murder of global culture and the creation of the terrorbucks empire, how do you plead…?

Fast forward to the present day…

….And the whole coke-addled music biz, right now, somewhere in west London and LA, is in total disarray, firing staff and hoping that television-made stars, for television-infatuated people, people who don’t actually care if things are good, bad, terrible, covers or even nazi anthems, just aslong as it has a good melody and someone they just maybe could fuck - if they lost 4 stone and got a facelift, a thirty quid hair cut and a life away from the goggle box, obviously.

But, yeee-haaaah, mp3s, lassoo 'em up and shoot 'em down, they are at the core of the end of the music industry and the entertainment business for that matter and probably all the creative industries too, probably. Let’s face it, we all go out and buy 10 albums a week, at £10+ each, regardless of what it is, just as long as we’re immersed in the advertising on every street corner and there’s some good hype by sun journalists and Jonafon Woss! We can do this because we all work jobs we hate, with people who oggle over Heat and think watching Channel 4 news makes you an auntie-christ. Pah.

There’s a problem, accepted, but I’ve got news for you: It’s not because of mp-fucken-threes! And it’s more than just the music bizness that is suffering! And who apart from the music industry cares about those poor suffering people able to get paid for working with something they love? NO FUCKERZ!!! That’s who.

Who are our cultural icons, our teenage role models, the people who wish we were nowadays? Where for art thou David Bowie of 2002 or Iggy Pops or Kurt Cobains, Blondies, Lydons, Princes, Stevie Wonders, Otis Reddings, Wacko Jackos.. See what I mean? Not the copies, the coca-cola endorsed real things! And not just that, people are taking idiots with high pitch voices seriously! Where is the proper public dissenters, the ones telling kidz to spit on the monarchy in page 4 of the daily mirror? Where are the outlandish trend setters? The people bigging up life-changing books, places and people? Shirley Manson and Roddy Woomble? Maybe for a brief half a second when they have an album out, when people are even giving half a shit. I guess the Massive Attack guys and Damon Albarn are saying something, but why would you or I wanna be them? Or follow their advice? What have they ever, really, given you? Free gigs? £25 japanese imports, that's what!

Let’s also bare in mind that in days gone by, our entertainment exports, were our countries biggest exports, right from the Beatles to Morecambe and Wise. Maybe it’s the covert American colonisation of the world that I want to rant about here, not that the music industry hasn't invested in developing genuine, back-catalogue-selling (which is where the real money is people!), life-changing, genre-breaking, timeless, classic, TALENT! Not winners of shopping-centre contests with nice guys, sweet gals and a good bodies! Brains? Who cares?

Also, I blame media hype. It's not the bands, the ones who barely get away with ripping off bands who were big once (see also: Nickleback, The Strokes, Datsuns, Cast…) selling records to people who aren't old or informed enough to realise it's all been done better before. Blame the A&R's who're trying to regain their yoof! Blame the journalists confused about what is new and what sounds like things they used to like, when they loved music...

And blame the bands who are wasting money, those tried and tested wrinklers, who haven’t been dropped and haven't released anything any good since their debut or that tricky second album at best (see also: Oasis, Reef, Supernaturals, Suede…) these are bands who’ve had their day, can’t cut it anymore and maybe if they keep churning out an album to the marketing departments rota, every 2years, at vast recording costs, living off the back of one hit single and a few thousand fans, they might, eventually, 9 albums down the line, do something interesting again. But who gives a fuck? And is that economical or exciting? Can we grow old with bands like that? I wanna be able to listen to the Cure and Jesus and Mary Chain and Fairport Convention, like the oldies do, and remember who, what, where I was then, when everything made sense amongst the angst and beer.

There’s also the fact loads of bands rush their first album because they have a single all over the airwaves. Take-away food! Rush-Rush-Zoom! What is value? What’s meaning? What’s respect? What’s being proud? Who, what, where am I?

And these rushed albums, these all filler albums, with nothing much for the fans (see also: The Hives, The Vines, My Vitriol), who could, in all honesty, just have done mini albums, or EPs (remember them?) and kept fans happy, people interested in music and the buzz going for the first album, proper, when the band had a chance to develop in a live context with people watching (rather than the bull’n’gate, etc) and let’s not forget, people actually buying singles, with good packaging, goodies and all that, instead of just getting the single and maybe 2 half-good tracks and 9 they write in the studio. Bollocks to this. Who gives a fuck, I’d rather just have b-sides on a 'product' that had some thought and love go into it. Hundred Reasons album having most of the ep tracks on their fans already got, what's the point?

But who should we really be blaming? The Man, of course! Yes, him/her/it, with ones mansion and story about once upon a time finding a band that meant something. Actually, maybe they just employ all the best people and have decades of experience of how to sell records in shops, so yeah, that said, it's cus they can't sell music online, that's the problem, surely. Bollocks is it! Maybe point your speed-soaked pinkies to the people with the exciting bands, who’re afraid to sell out (don’t get me started!!!) and spread the amazing bands around, get them out there, market them and blimey, get people hearing great music if that’s such a crazy idea? (see also: Fat Cat, Southern, one-man-labels). This is all nearly as crazy as people embracing the internet and using free downloads to sell albums, like singles and radio play do. We need a paradigm shift, a transition, something pioneering and revolutionary to happen! But we need the acts to do it, to inspire first and to do that, they need acts to inspire people, and to do that, they need stars and do get them, they need to know what a star is, rather than what photographs well and can have their voice EQ’d well in a studio.

In conclusion - if you’re a moron - I’m saying, stop blaming mp3s, stop being so fucken negative, stop being SO elitist, stop wasting SO very much money and killing cultures! I want history made now for all the good bits that are never forgotten! I want everyone out there to feel a part of the movement because they are, or at least could be. Give up on these constipated heroes/zeros! I want another renaissance! I don’t want to be forever in reality, we all need things to take us elsewhere, but should it be drugs? And most of all, I don’t want to live in a town which is just like any other town in America or Tibet or Bland-land: US State 20055. I want things around me to define me, to make me who I am, a stronger, more self-aware, more world-conscious, better person and most of all, I wanna find myself surrounded by people I actually want to whisper to ”Look at the stars, look how they shine for you” and I don’t mean cheesily to a lover, because I’ve found one of them, somehow. And I can grin and be happy, because I’ve got my Trail o’Dead, my Cooper Temple Clause, my Arab Strap, my Queens of the Stoneage, my Oceansize, my Kinesis, my iDLEWiLD, my Weezer, my Sigur Ros, my Burning Airlines, and my Elliot Smith back catalogue; to keep lil ol’ me happy, inspired, defined and thinkin’ about STUFF!