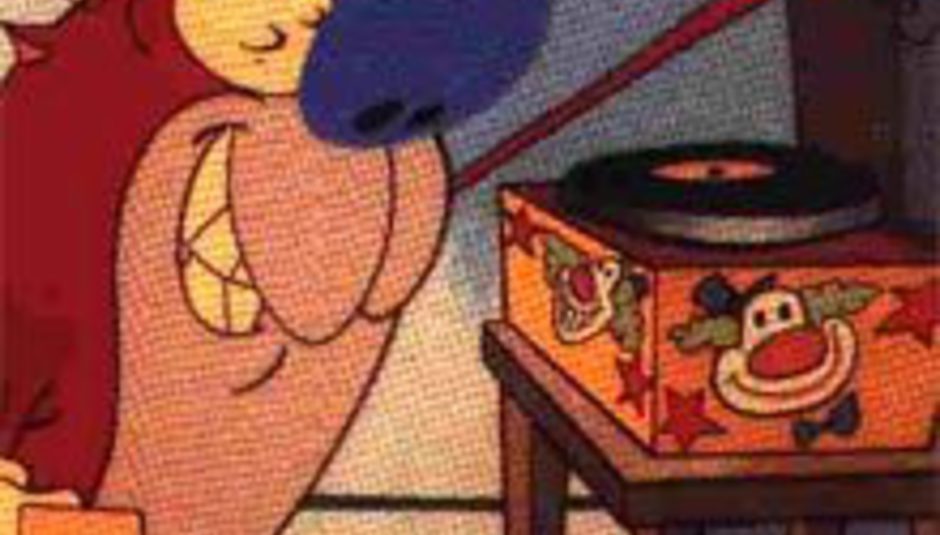 Let's face it, October was a pretty swell month for records but as fire rains down in Paris, water rains down in London and we all mourn the end of Six Feet Under, there are often small lights stuck at the end of the tunnel; allow DiS to recap the LP-shaped hits of October 2005 in one easy-to-digest reminisci-package. Smooth.

We recap and look over October's top albums from My Morning Jacket, 65daysofstatic, Sennen, Up-C Down-C Left-C Right-C ABC + [Start], Constantines, The Chalets, Animal Collective, Rogue Wave and We Are Scientists. Feel free to comment on anything you feel we've missed, or even link to these articles and post your own review - one of the most exciting features of the new DiS!

An incredibly moving, sweeping mountain of a record, Jordan Dowling writes, "...a reverb-soaked masterpiece that floats above the boundaries of genres, gracefully taking notes from country, soul, disco, space rock and anything else under the evening sun..." (read more)

An intimate indie-rock experience, immediate and gratifying. Lianne Steinberg write, "...full of the minute anxieties of life that keep you awake in the early hours, but set to some of the most life-affirming sounds you’ll have heard for a long time." (read more)

65daysofstatic - One Time for All Time

An evolution and revolution for one of the most exciting and forward-thinking bands in Britain. Colin Roberts wrote, "...the most all-encompassing, joyous piece the band have ever produced and with the overall sound now so well-honed and directly pitched, seduction is inevitable." (read more)

Almost psychedelic, almost everything, yet complete and rounded - that's Feels, "when the walls of sound kick in, when the group start the ecstatic chanting and humming, I’m glad I own this record, that Animal Collective have made the album I hoped they’d make." (read more)

A band who have mastered their own unique sound to the point where any imitators just look ridiculous, Mike Diver writes, "Lightning Bolt have delivered what you knew they would, a record that both ups the ante and liquidises it, spreading its gooey goodness all over their sweaty faces. It's madness that you don't let simply consume you, you allow it to destroy you." (read more)

The Chalets - Check In

Effortless Irish synth-pop joy, with added cute-girl factor, Mike Diver proclaims "...to these ears Check In is as strong a pop record as 2005 will muster. The skies might be clouded and moods dulled by the onset of dark and damp mornings, but this is almost certain to brighten one's horizons for a wee while." (read more)

A divine mix of post-rock charm and accessible indie-pop structure, Jordan Dowling exclaims that, "Sennen could have gone in the direction of radio friendly pop and become the next Feeder or gone into full-on post-rock territory and overshadowed each band in the vague category with their heart wrenching walls of sound but instead they have chosen the middle ground. And for once that is the most exilarating option. A remarkably assured debut." (read more)

As quite simply stated by Mike Diver, "It's the collision of two worlds, expertly documented: the schools of instrumental elegance and metallic brutality entwined and embalmed for posterity by five men from Medway, each proffering as much of a nod to Karate as they do Khanate." (read more)

One of the most revered and enjoyable straight-up US rock bands around, Tournament of Hearts is another triumph for Constantines' ever-growing back catalogue, Mike Diver proclaims, "This is a great rock and roll record. Buy it and rock and roll. Simple, really." (read more)

*We Are Scientists *- With Love and Squalor

Yet another charming indie band with hooks and melody, or a cut above? Gareth Dobson dissects their debut LP, "With Love And Squalor stands up as a fist pumping, hip rotating roar of an LP. And to be honest, it’s somewhat refreshing to peer across the ocean for our indie thrills, really it is. You’d be hard pressed to find a better condensing of urban humdrum in under forty minutes this autumn." (read more)