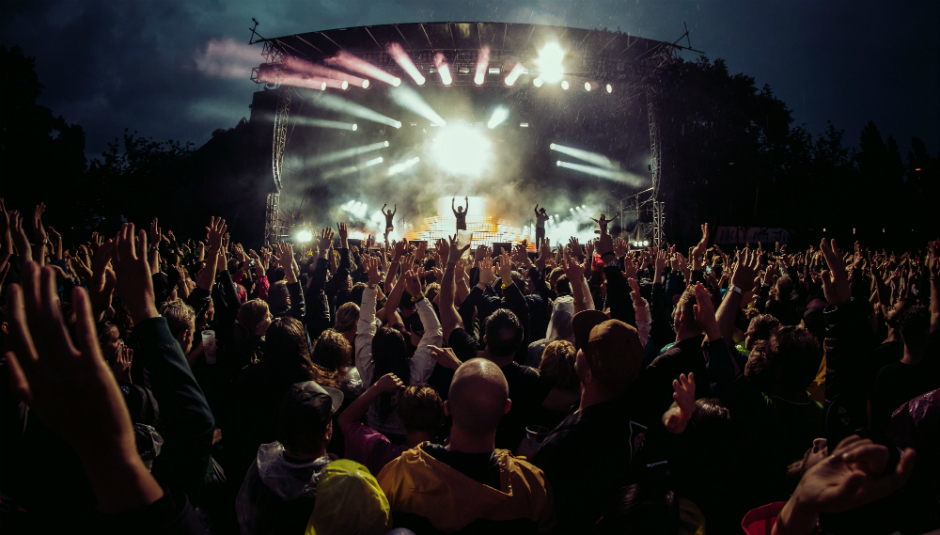 Cologne is essentially your typical European city: people riding bikes, lots of lush greenery, there’s the sentiment of anti-establishment everywhere you turn, and a huge amount of street cafes with people lining up to bask in the European summer sun. One thing also synonymous with the continent is the superiority of their festivals to the UK, particularly inner city ones. C/O Pop in Cologne is no exception, but what does make it unique is the amount of homegrown talent on their bill compared to overseas acts, with no less than 60% of this year’s festival being German or German-based.

Therefore, it was our task to seek out the best of the crop of what Cologne had to offer. Jaguwar are a shoegaze group based in Berlin and Dresden and were a racket, in an absolutely good way. Playing at the basement Studio 672 at the main site of the festival, the trio play a set to half-full space, but an appreciative one nonetheless. They stand out with loud, enjoyable tracks that everyone can get behind. The only regret is that we don't stay longer, as we go and watch Say Yes Dog upstairs at Stadtgarten Saal.

A lot of chatter throughout the festival surrounded the group, and the buzz seemed to reciprocate in terms of punters turning up to watch them. Though they’re pleasant to listen to, that’s where they fall short. Say Yes Dog (admittedly, a pretty good name for a band), sound like fifteen or so bands that can do what they do better. And that’s just in East London. It’s derivative, samey, and transient. Must do better.

The following day we’re up bright and early for a tour of the Belgian Quarter of Cologne to watch bands perform for a full day’s music. We kick off with electro-acoustic group Jules Ahoi & The Deepsea Orchestra. Being held at the Christkirche, we are told the acoustics are first rate. Unfortunately, the band are not. Vocals muffled throughout, songs that were a little on the unoriginal side, and they come within a whisker of sounding like Mumford & Sons. For all the criticism, it was an early afternoon show and given we were sat near the back and the acoustics sound much better at the front, we’d be inclined to give the benefit of the doubt. This time.

A short ten-minute stroll leads to free Fritz-Kolas and beers and another band – this time it's Oteo’s turn to impress us. A duo of keyboard and synth on paper sounded something to be excited about, but watching them? Not so much. There were several issues – sound levels were all over the place, the tunes were lacking, and interest waned the more it went on. To be fair though, playing in a small room next to a record shop in an alleyway might not be the best environment to watch a performance such as this. That’s the only saving grace, but maybe it’s clutching at straws.

Ätna are an experimental duo, compromising of drums and samplers. Performing at a local bookstore stacking copies of Jerusalem cookbooks, Gender Theory novels, and Monocle Magazine, they have nice ideas with the use of ethereal, stop-start vocals and experimental sounds, which at times verges into jazz and even classical undertones. Ätna’s music thrives on contrasts, and in the duo’s melancholic electro-pop, the minimalistic beats of drummer Demian bounce against the intensity of singer Inéz and it works a treat. And considering Ätna was ranked at Number 20 on the Spotify Germany Viral 50 charts and playing on stages from Moscow to Rotterdam and Istanbul in the last year, they’re doing pretty well for themselves. A pleasant band to listen to and one which we’d like to hear more of in the future.

In all, it was a decent weekend of music that was a happy medium of being good enough. It would be unfair to say that German music needs to up its game in terms of the bigger picture as there’s some decent stuff out there, but it’s immersed in quite a lot of average.

C/O Pop takes place in Colgne, Germany. For more information about the festival, including tickets for the 2019 edition, please visit their official website.

"Music should never be defined by one...