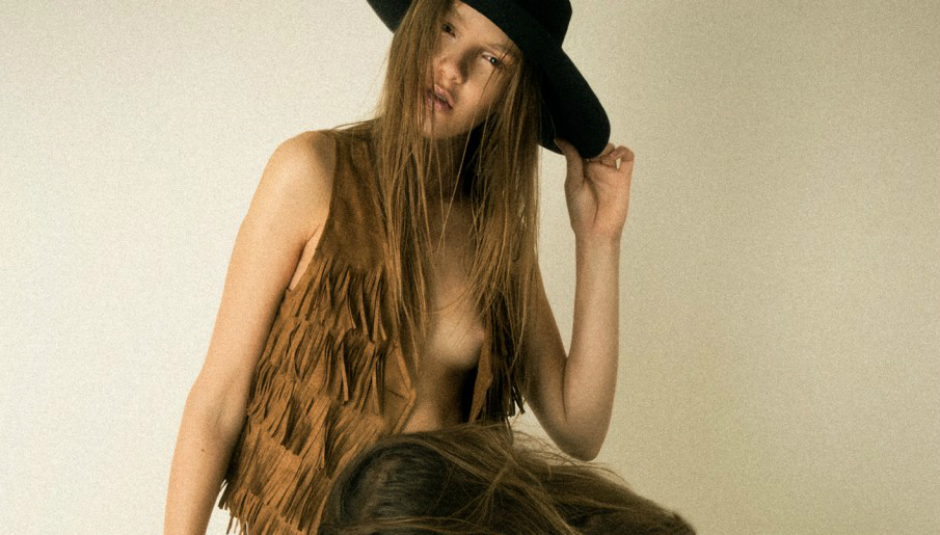 The Fangasm: Last Of The Country Gentlemen by Josh T. Pearson

The Fangasm: Last Of The Country Gentlemen by Josh T. Pearson

There are a lot of break up albums in the pantheon of music. Frank Sinatra has a couple, Bob Dylan’s Blood On The Tracks is considered by some to be the finest, and for others, Bruce Springsteen’s Tunnel Of Love is the benchmark. Unsurprisingly, country music is littered with them, given its penchant for tales of love, loss, redemption, and drinking the pain away; Willie Nelson’s Phases And Stages and Hank Williams’ second – and final – album released before his death, Moanin’ The Blues, are two that immediately spring to mind. But in recent years, one stands head and shoulders above the rest.

After the atomic shoegazing of Lift To Experience, and before the Sister Act/religious hymn interruptions of The Two Witnesses and the Spiv-Cowboy ballads of The Straight Hits, Josh T. Pearson was a broken man. After coming out of a relationship and entering a bleak period, that was “One of the most painful times of my life”, Pearson channelled his suffering and recorded an album. The album in question is Last Of The Country Gentlemen.

This isn’t going to be an easy listen. This isn’t going to be full of catchy bite-sized tales of woe and redemption, which make us smile as the catchphrase chorus reverberates about us. It will be a brutally honest listen of a man and a guitar looking hard at his past and how it’s shaped his present. And, after listening to it, you’ll probably need some quiet time to not only reflect on his stories, but also your own.

The story goes that after Life To Experience called it quits Pearson moved to Paris, performing at his own or open mic shows. Eventually he moved to Berlin, and while checking out a friend’s new studio, Last of the Country Gentlemen was recorded. “It took two days to record but it took two months to recover between the days. I recorded it one day, recorded it and played it the second day, and then we put the strings on it in London.”

The songs reflect this quick approach and have a raw, rough, DIY quality to them. You can almost hear everyone in the room holding their breath as Pearson laid down the deeply autobiographical songs. Afterwards, you imagine Pearson being physically and mentally drained, ashen-faced and sweating.

There is a savage beauty to the album that rewards repeat listens. As with a lot of breakup songs, there is the ‘woe-is-me’ factor. The author relishes in telling their tawdry tales to someone. Ye Pearson isn’t telling these stories for the listener, he’s telling them for himself. But at no time does Pearson sound sorry for himself, or that he’s looking for cheap declarations of sympathy; far from it. After the recording was finished, he wondered if it should be released at all. "It's why people go to a priest – so no one else hears you. But playing the songs live seemed to help people. I don't know if it's a big mistake, but it's coming out now. Maybe it can do some good."

One of the standout tracks is ‘Honeymoon's Great! Wish You Were Her’. In its simplest form, it’s a song about adultery, or having adulterous thoughts, but in Pearson’s hands it becomes something else entirely. Through his seemingly uncomplicated and effortless guitar work, Pearson weaves delicate melodies and phrases that undulate and intertwine while exquisite and airy strings float through it. All this gives his baritone plenty of room to soar, and drop, as he tells his account of being in love with another woman; “I'm in love with another woman who simply ain't my wife / She haunts my every thought, she taunts my troubled mind”, he croons during the opening phrases. Later he utters “Don't ask me what I'm thinkin', honey, you know I cannot lie / I'm day-drinkin' about seeing that woman and it's drunk drivin' my mind's eye blind / It's got me howlin' at the honeymoon, like some lone werewolf under the weird green lights / I don't know what I'm thinkin', but I know I just can't think or drink her off my troubled mind”.

Through his delivery you can feel the pain, his pain, and you feel oddly sympathetic towards him, but at the same time, his lyrics bring a wry smile. Anyone who has seen Pearson live can attest to his ability get a laugh and win over even the toughest crowds with droll and sardonic wordplay. The title is an ironic take on the old phrase “wish you were here”, but adding the honeymoon line gives the song a double-edged sucker punch. ‘Drive Her Out’ closes the album and feels like an exorcism, Pearson trying to rid himself of the spirits of a past relationship by bearing his heart and soul for a long two and a half minutes. It ends with the line “Help me and drive her out of my mind”, and as the song, and album, fade out, you hope he was successful.

Despite the gloomy subject matter, at times Last Of The Country Gentlemen is a bright and illuminating affair, and this is down to Pearson’s proficiency of playing. In Lift To Experience, we knew he was good, but his dextrous playing was lost to a sea of effects pedals and walls of feedback; here there is no hiding as most of the songs are his carried by his lilting, soaring voice and acoustic guitar. On The Texas-Jerusalem Crossroad you’re drawn in by violent maelstroms of guitars, but on Last Of The Country Gentlemen everything is slightly muted, as if Pearson doesn’t have the effort to get his pedals out, reset the dials, and record; it sounds like it’s taking all his effort just to pick up his guitar and sing.

And this is its magical power. Pearson perfectly conveys what it feels like to hit rock bottom and try to restart your life. You know what you should do, but living in self-pity is intoxicating and replaying the pain is perversely enjoyable. But at least he is doing something; he is crafting brilliant songs that, as Mclusky once eloquently said, My Pain And Sadness Is More Sad And Painful Than Yours.

Since its release, Pearson got the old band back together for the 15th anniversary of Lift To Experience’s debut, played a slew of incendiary shows, and stoked the fires of a reunion. He also released the follow up to Last of the Country Gentlemen, The Straight Hits!. While it didn’t receive the same level of praise as his debut, it did sound like he was having fun playing an electric guitar again, and featured a few numbers that could easily have featured on Last Of The Country Gentlemen. But he’s yet to release something as heartbreakingly honest as his debut, and for that, we should be thankful - thankful that his life hasn’t fallen apart again, thankful that he’s happier, and thankful we don’t have to listen to a proper follow-up. How soul-crushingly a listen that would be.