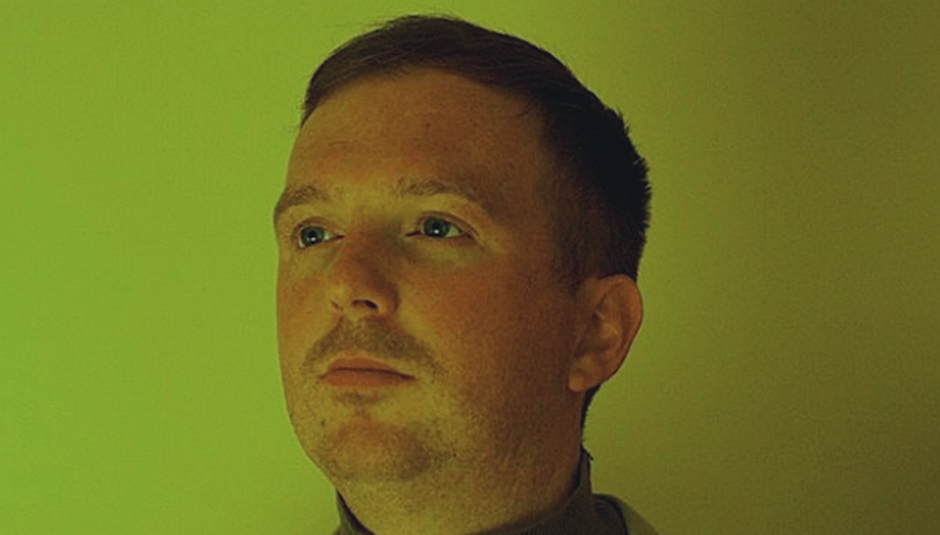 Hailing from Galway City in the West Coast of Ireland, Eoin Dolan is a singer-songwriter whose breezy, carefully-crafted music bears the imprint of science-fiction and 60s surf pop as much as it does the psych-dappled efforts of early 70s artists such as Syd Barrett.

Steeped in the imagery and atmosphere of a vintage seaside town, his heartbreaking melodies and gentle instrumentation is laid bare on his new EP, Superior Fiction. It’s a four-track release brimming with yearning lyrical finesse and a panoply of alt-pop twists and turns.

Accompanied by an exclusive first listen to the EP, we talk to Dolan about coastal aesthetic, the influence of Philip K Dick and space exploration on his sound, the thriving, close-knit independent scene in Galway, and more.

DiS: Tell us about these songs – what they say and where they come from – that make up your new EP, Superior Fiction.

Eoin Dolan: Essentially, the EP is a reflection on the current age of information. With the knowledge of the world at our fingertips, it’s amazing to see how selective people can be in what they want to engage with depending on their own personal bias. It’s this idea of the comfort in a lie or the denial of an inconvenient truth that I find really fascinating.

You're based in Galway in the West Coast of Ireland. How was living there influenced your lyrics and musical approach?

I grew up in Renmore, a suburb on the east of the city. It overlooks Galway Bay and the Burren from across the water in Co. Clare. I spent much of my formative years hanging out with friends and sometimes playing music on Ballyloughane beach, a short walk away from my home house. I think growing up by the sea gives you a sense of creativity and adventure. You're always looking out at the great beyond and dreaming of what lies ahead. I think that’s why I've always had an affinity with the likes of The Coral and The Beach Boys. Although from different parts of the world, they too were born into coastal communities and you can really hear that aesthetic in every aspect of their music.

The imprint of surf-pop and sci-fi is very nicely threaded through your sound. What attracts you to those? And why do you think so much good music written about the sea and/or space?

For as long as I can remember, I've loved science fiction. I'm a massive fan of Philip K Dick. Seeing how his lucid dystopian prophecies are coming to pass, both terrify and intrigue me in equal measure. The idea of space exploration is really about the travel of thought into oneself. It’s about discovering the true nature of our experience and who we really are as human beings. Throughout the history of time, sea-bound expeditions to new worlds have always conjured up similar motifs.

From a songwriting perspective, the endless possibilities in the sheer vastness of the ocean/space can create fantastic imagery and concepts that really make a lasting impact.

You list Brian Wilson and Syd Barrett as main influences. How do you think have they made an imprint on your sound?

They always tried to do something different, especially with melody. As an artist, I believe you should always try in a small way to break new ground, even if it’s just for yourself. So much modern music is completely flat and predictable. Its important to take risks. I love King Krule's latest album; sonically it’s different to anything I've heard before, rough and beautifully melodic in equal measure.

Who did you record Superior Fiction with and how did their participation impact the outcome?

I think the key to making a good record is creating music with your friends. I was fortunate to have Conor Deasy, James Casserly and Adam Sheeran contribute their time and talent in making Superior Fiction possible. Having toured Iceland back in October, it was great for us to come together again and track these four songs. We all share a wickedly dark sense of humour. You can hear James laughing at the end of the opening song ‘Roman Voice’. I think it was a nice thing to leave in because it really encapsulates the spirit of the group every time we come together.

In which ways does Superior Fiction vary - both musically and thematically - to your previous EPs and you previous, UBIQUE?

I think Superior Fiction is more closely aligned to UBIQUE than any of my other records. The EP is almost like an epilogue to the album which also has a strong dystopian/sci-fi concept at its core.

You're once again releasing via Citog Records. Tell us more about the imprint and why you choose to work with them.

Citog Records is a co-operative label that I'm part of. Essentially, we're a group of independent artists that have come together locally in Galway to share resources and support each other as much as possible in our creative endeavors. It’s a great thing to be actively involved in and fantastic to have it stamped on each record I produce.

Touching on Galway and the West Coast again, how is the scene there at the minute, which acts are catching your ear and what sets it apart from the rest of the country?

I think the Galway scene is thriving at the minute. For too long we've stayed in the shadows of the Irish music scene waving this graveyard of ambition flag as if to say "let’s not get too far ahead of ourselves". In recent years that attitude has changed and the eclectic mix of quality records being produced is testament to this new found self-belief. The likes of New Pope, Dylan Murphy and Oh Boland are all doing something completely different to each other but there’s a genuine sense of community anchoring everything together. There’s more to Galway than art yuppies and overpriced festivals, you just have to look for it!

As for Ireland as a whole, do you think there is a strong and well-rounded network of communities throughout the island for artists such as yourself?

I think people are starting to realize that times are changing. In years to come, I see indie music in particular becoming more of a niche market with a DIY ethos in the same way that the metal/punk/hardcore scene has operated over the past thirty years or so. With everything from the rise of Gastropubs to home entertainment systems, people are less likely than ever to go to a grotty venue to watch some nobody sing their heart out. That’s why I'm really drawn towards the likes of Homebeat in Dublin who have made going to a gig an elevated experience in itself. They're working with artists to create something special that people are going to want to be part of and I think that’s really important for everyone involved.

Finally, aside from getting the EP out there, what is bigger-picture plans for the coming months and beyond?

I'll continue writing and recording with friends the way I've always done. In general, I try not to look too far ahead into the future as I feel I'll lose the joy in what I'm doing here and now. I'd rather enjoy the creative process as it is than pander to overtly careerist ideas. I've done it in the past and it only leads to misery!