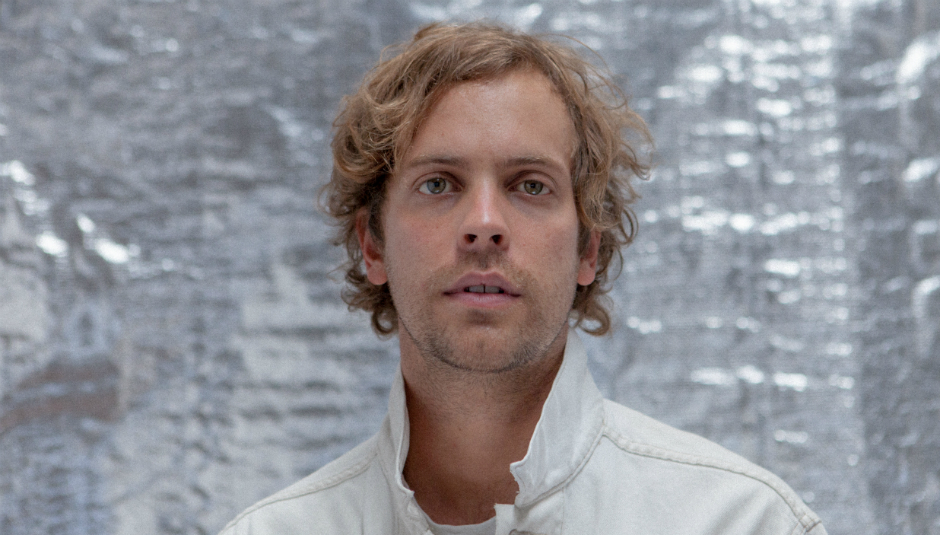 Jay Watson is a cosmic force to be reckoned with. As a core member of two internationally touring acts (Tame Impala and POND), he also maintains creative output with his solo venture, GUM. While GUM shares many of the psychotropic, expansive qualities of Watson’s other respective groups, it also offers a sweeping, distinctive glimmer that orbits closer to French disco pioneers Bernard Fevre (Black Devil Disco Club) or Cerrone. The latest GUM release, The Underdog, continues Watson’s love affair with dance-rooted, unearthly sounding anthems….with a therapeutic module. DiS touched base with the multi-instrumentalist during his recent solo world tour to talk songwriting, vinyl, and his first equipment finds.

DiS: What is your current tour set up? In the past, you performed totally solo with GUM, and more recently had a 3-piece backing band for your Australian shows.

Jay Watson: At the moment I've been touring totally solo, it's just easier to play shows on a whim, and I find it challenging which is good for me I think. I play guitar and a bunch of synthy stuff over tracks I'm triggering. I'd love to have a full band one day again though.

You've had a consistent output with this project while still touring the world on a regular basis with your other bands. How have you approached songwriting over the years? Does it happen spontaneously, or do you intentionally carve out time to write?

I just try and write and record in any free time I have. There's nothing more to it than that really. I always think that I'm drying up of songs or ideas, but then I’ll hear something that blows me away or see or read something that inspires me to make something else, I don't think it'll ever end really.

The Underdog talks a lot about the idea of “going it alone” and dealing with internal feelings of anxiety or self-doubt. How did you find the balance in diving into these emotions and still make music that's very dance driven and upbeat?

I think that some of the most triumphant music can be self-doubting or self-loathing, and some of the smallest most inward sounding music can be really triumphant, so maybe it's the dichotomy of this that makes it interesting. It's incredibly hard to write a happy song about being happy and it not be rubbish.

Were there any landscapes or places around you that influenced the creation of the new album?

Not specifically or deliberately, I do a lot of stuff in the tour van. Tame Impala is on a bus, we sleep overnight and you wake up in a different city every day. POND we go out in a sprinter van where we sleep in hotels and drive to the show. I kind of really like that because, for instance when touring the States, you get to see the Pacific Northwest, or Utah, or the desert, or Upstate New York. You get to see all this stuff as you’re making up chords on your laptop or whatever. I like to think there are bits and pieces of that in there.

I’ve seen some flyers about shows where you and a lot of your bandmates have DJ alter egos and spin vinyl sets. What are some of your go-to's?

It depends, I’m trying to get a library for DJing. You never know what the situation is, and if you come in with just a handful of things it can be a disaster. Kevin [Parker, Tame Impala] and I DJed a wedding together like 2 days ago. It was the after-party, and you just want stuff people know. My favorite two…I dropped ‘Rhythm of the Night’ (Corona) into ‘Ray of Light’ (Madonna). I thought that was pretty big….a house, weird 90’s rave.

As a multi-instrumentalist, what was the make and model of the first instrument you really found your groove with?

Hmmm, I had a little Yamaha PSR something or rather that I played for 10 years as a kid. I also had a Percussion Plus drum kit, terrible, but I learnt everything I know on that thing! And an old red Epiphone knock-off guitar that belonged to my mum in the 70s.

What does the rest of the year look like for you?

A couple of POND tours, a couple of one-off Tame Impala shows, and keep recording for this project. There’s a POND record coming hopefully this year, it just depends on how long it takes for the logistics to align. I think I’m going to do heaps of recordings, like 20 or 30 [for GUM] and take my time, since I’ve put out about one a year for 4 years. But who knows? I might get really bored and try to put it out anyhow….