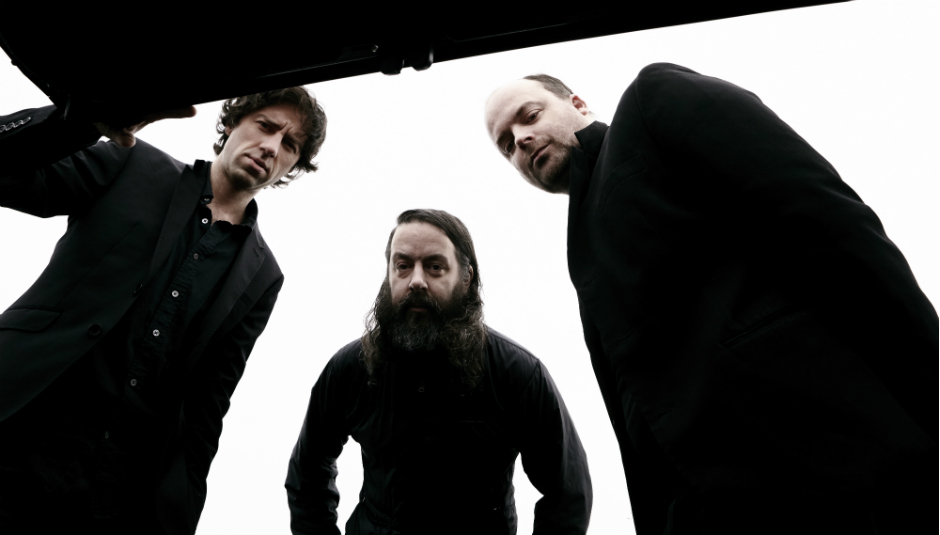 Zed Penguin's Track By Track Guide To A Ghost, A Beast

Zed Penguin's Track By Track Guide To A Ghost, A Beast

There's quite the story behind Matthew Winter, aka Zed Penguin, and his debut album properly. A failed attempt at working on a trawler and a brutal assault followed by months of hospital recovery have all informed the Australian troubadour's wonky anthems and off-kilter tales. A crazy mix of art rock, seventies glam, and soft strings all combine to make A Ghost, A Beast one of the year's most compelling releases so far.

Winter gave us the lowdown on the genesis of all nine tracks, which you can listen to below. Enjoy.

Out On The Deadly Hume

Originally this was a guitar tune I would often play and try to find vocal melodies to match but could never find a foothold to get the melody started. When I played it with the band they wrote wonderfully full parts that seemed to fulfill the musical potential of the piece, so it remained an instrumental. It always reminds me of the very desolate, hazy landscape between Sydney and Melbourne. Such a strange atmosphere: beautiful, vast, and drenched in such a rich sorrow.

This song arrived in the form of an atmospheric two chord arrangement that I found quite hypnotic. As much as I tried to find a chord change for the song, nothing added to but only detracted from the feel, so it remained two chords with a shifting full range vocal. I realised in hindsight that it was quite similar in structure and theme to Hank William's 'Rambling Man', and Karen Dalton's 'Katie Cruel'. Strange to feel on the outside, then be included, then be on the outside again. Embracing the spirit of not belonging anywhere in particular is like embracing an abstract home in itself.

More feelings of desperate escapism. This is the first song I actually recorded as Zed Penguin, on an old Tascam four-track. The engineer (Doug McDonald) had wanted to do a studio recording of this for a while and the folks at the label felt similar. So I said: "Sure, if you wanna pay for it that'd be grand, cause I'm skint." They did, so I did. Turned out pretty snazzy.

A good old fashioned chamber pop song. Starting from a weariness that washes over the confusing push and pull of tumultuous relationships. As the need to break free of these emotionally cumbersome tides of conflicting feelings rises in triumph it becomes more excited and jubilant, lighter but brighter.The desire for the simplicity of old friendships and their enduring love in that timeless part of your mind remains, and the conflict is appeased.

Death, religion, sex, war, and madness. This being the subtext to the first half of the first verse. Then we move into the hollow horrors of too much clubbing and the desolate field that can stretch out before your mind and leave you in the loneliest pasture. There's so much talk of "following your heart" and so forth, I gather it means to do what "feels" right and not what other people desire for you ostensibly, but I've "followed my heart" so to speak all my life and I sometimes wonder if that was really a terrible mistake. The heart can get so heavy sometimes you just wanna burn it and get free.

Such a vast, troubling subject matter (What is the nature of violence?), that it's hard to feel you can grasp it and come up with an absolute perfect riposte that will be usable in any situation. One that vanquishes anger and replaces it with peace. I was thinking initially about the emotional violence of isolation, but it also warped into the need to feel strong in your peaceful convictions in the face of threats from others. I became very anxious about leaving the house after I was assaulted. This is kind of about bracing yourself for a violent world but also keeping check of the anger that rises in you when you're confronted by what appears to be strong-armed injustice.

A Ghost, A Beast

The ethereal, (in memories and in daydreams) and the fleshy, organic mass - shot through with electric animation. Insomnia, sleep paralysis and phantoms that hold you down in a terrifying, pulsating cage of flesh. This song always ends with a wild and free improvisation that is never the same. The music is all recorded together in one take, so this was the one that seemed strongest. I have no idea what I played at the end or how to do it again (such an elegant mess), and nor do I want to as this is the most exciting part of playing with other great musicians.

The Source Of My Dreams

A plaintive attempt at a traditional a cappella style folk song, that is simultaneously torn to pieces by, and couched gently in, bellows of rupturing guitars.

I guess I generally really enjoy lyrics that are ambiguous and painterly, in an emotive yet cerebral fashion, that you can read yourself into. I don't like music that comes over as didactic and literal but in the end, it can sometimes appear cowardly to avoid sincere sentiment and hide in obfuscation. So this is my attempt to write the simplest and most pure love song because after all the imagery you can conjure you just want to say: "Even though I can't be with you, I still love you like you're here."

A Ghost, A Beast is out now via Songs, By Toad. For more information about Zed Penguin, please click here.