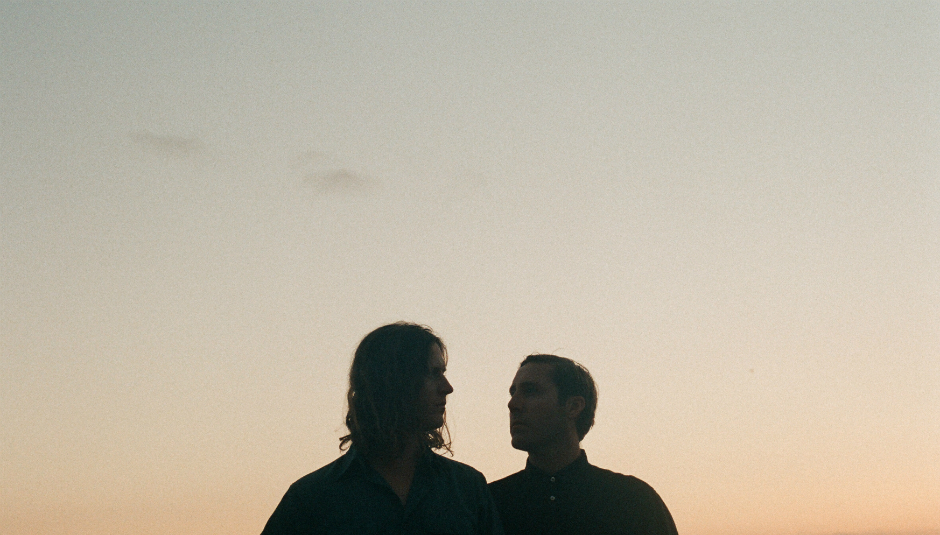 When Rob Lowe and Michael Muller founded Balmorhea in 2006, their goals and expectations were modest, as they created music to share with friends and family, and slowly developed a following in their hometown of Austin and beyond. They couldn't have anticipated that their music would take them on multiple tours of the US and Europe, and even to Asia. Nor did they expect the praise their work would receive, or that their work would become quietly ubiquitous, doing the emotional heavy-lifting for national TV commercials, films, radio and cable programs, and countless documentaries.

Lowe and Muller had developed a wordless language with a seemingly limitless potential to stir the listener's soul. Over the course of five full-length albums and a 7" EP, the duo pushed their work to its outer bounds, concluding the first chapter of their career with their maximalist, genre-leaping full-length Stranger in 2012. Now five years later they return with their most fully realized album to-date, Clear Language. The duo sat down with DiS to talk us through its creation, and the meaning behind each track.

Michael Muller: For our first full-length album in five years, we thought long and hard about Clear Language. Written, demoed, recorded and mixed over the course of a year, it served as the album we invested the most forethought and time into than any other. The album opener, which is a somewhat extended intro, serves to set the pace and open up the world for the listener. Deep-rooted low end can be heard from a Mini Moog with clear grand and upright piano strokes striking the foreground. Swirled arcs of noise oscillate from the looping Wurlitzer through a Space Echo tape delay. Rounded electric bass and crisp guitar notes stack loosely about while vibraphone and timbales subtly chime as barely audible blips from the Juno synthesizer bounce in and out of focus. The intent is clarity, breath, space and communicating the beauty within the detailed and the grandiose simultaneously.

Rob Lowe: I remember writing the primary piano theme on my upright piano at home. It was probably the earliest bit of music that I wrote that made it onto the album and in many ways was the theme (for me) that opened up the rest of the music on the album. You never really know how things will turn out when you work on something over such a long period of time, but I’m not surprised that this track ended up as the opening for the album.

MM: 'Sky Could Undress' was our first foray into the world of drum machines and electronic-based rhythm. The title comes from a poem by Federico Garcia Lorca which our writer/poet friend Travis pointed out to us after we asked his opinion after listening to an early demo of the track. Its meaning only serves to conjure broad thoughts of existence, nature and the elusive truths and mysteries about life and death. We worked this track live on three shows a year before this album’s release and felt a strong connection with its live rendition.

RL: I’m really happy with the way this track came out. I think in some ways it’s a bridge between a lot of the music on our previous album Stranger and what follows on the rest of this recording.

MM: This was one of the earlier tracks from the writing sessions for Clear Language. 'Dreamt' arose from nothing one day and came together without any speech or forethought. It consists of a simple guitar scale that was meant to feel clouded and underwater. This song was intentionally written and recorded out of time; meaning, there is no clear and defined tempo which relays a wavering and floaty ebb and flow.The clean guitar tones picked out from a Fender Jaguar on the top are coupled with the shimmering organ and felt like no other word than dream-like — not a dream to come but a dream that has already happened and one you can’t soon forget.

RL: This track for me has a connection with some of our earliest music as Balmorhea. There is very little there in terms of harmonic structure and really the simple chord structure is the melody. It’s as basic as you can get, musically speaking. The whole thing repeats 4 times and that's it. I think it was important for us to remember on this recording that in music how you say something is so much more important than what you say. This song is so simple and I think that simplicity allows for a lot of space to sit inside it and have it surround you.

MM: We enter a somber field with 'Slow Stone' and worked to broaden our sonic horizons with the addition of trumpet throughout the middle section of this song. The beguiled movement in this track is almost numbing - in a good way. When the grand piano comes into focus alongside the fuzzed guitars you can sense a communication between the instruments as if they’re calling out to one another in unison. The tail end of the track segues into track five on a major chord that provides a closing moment of optimism with a discreet black metal drumbeat just beneath the surface. Can you hear it? This idea somewhat started as a ‘wouldn’t that be awesome if…’ moment but ended up fitting perfectly for this moment thanks to our friend Wim Coppers from Oathbreaker lending us a blastbeat.

RL: Ephraim Owens played the trumpet and I think he did a fantastic job. I’m pretty interested in jazz music and in another life I think I would have learned jazz piano. We have flirted with jazz sounds a few times, but this is probably about as Miles Davis as Balmorhea is ever (or should) get. I’m pleased with the hybrid nature of this track, it’s really a pretty strange one if you ask me.

MM: Blossoming out of pure experimentation in the studio,'Ecco' resulted from running the Fender Rhodes organ through a series of guitar effect pedals and the Space Echo tape delay. The sonic output we achieved had such a raw and textural beauty to us. By listening through the fuzz, the delay tails and eddies seek to lift the head of the listener out of the conscious present if allowed.

RL: It is really satisfying to create your own instrument. We ran the Rhodes thru a bunch of shit and I had to kind of learn how to play a completely new instrument. It was all done on the floor, meaning, none of the distortion or anything added after the fact. It’s the sound of me playing this new hybrid instrument that Mike and I created together. He is manipulating the effects live. It’s cool to have your hands on a familiar set of keys, but have to learn how to play with the sounds in a new way. If you listen closely, the theme established here is repeated at the end of the album in 'First Light'.

MM: In our second attempt in using a drum machine, this track recedes inward to a darker river and explores the sparseness between chords, so to speak. We loved the way the soft pulse the rhythm brought to this song; its pace with the other instrumentation being implemented almost as accents throughout the track. The mixture of the acoustic piano with the heavy-chorded bass line contrast eerily over the minor-keyed lay the ground for one of my personal favorites from the record.

RL: This is a special song for me. I worked on it for about a year. I don’t think I could ever be described as a prolific composer for the piano! I basically write one solo piano piece that I like every few years. I spent a summer studying art history in Vienna years ago and for some reason, this piece has a very strong connection to that place. There is something stately, beautiful, haunting, mysterious and morose about that city and for whatever reason working on this song over the course of a year really took me back to my time there. I would love to go back and work on an entire piano collection there if I could.

MM: Throughout our now 6-album catalog, we always sought for a solo piano piece to play a recurring role. A few other solo piano demos were recorded in the session but this particular one was special and felt very much at home in the array of Clear Language. The title was taken from a line in a poem by Anne Carson.

MM: 55 is the only track on the album that deviated from the intended ‘demo’ version of the song (which can be found as a bonus track on the Japanese release of the album). This song was woven together from a few different scenes that shared a dark interplay between them. Soft staccato punches from the bass mimic and intermingle with a theme first presented in 'Behind The World'. The crescendo of the song is the e-bowed guitar line with the subtly sweeping acoustic strumming underneath.

RL: Again, I think this track strongly calls back to some of our early work as Balmorhea, particularly 'Rivers Arms' and 'All Is Wild, All Is Silent'. We have grown and changed a lot in the intervening years, but I think the growth shows through the continuity.

MM: The opening and closing of this track used a guitar loop and Juno synthesizer tone that were recorded through the built-in microphone of a table-top cassette recorder then re-recorded back into the console through microphones placed over the plastic speaker grilles of the tape deck. The on/off clicks of the cassette player serve as an usher to bring us in and out of this watery world. ‘Lullaby’ was the original working title for 'All Flowers', as to us it sounded very innocent and pure in its tone and story. Rob and I both had a new, respective, niece and nephew just before this album was written, so we dedicated this track in the liner notes to them.

RL: One thing I remember about this track is that I recorded the Juno parts without listening to the song. I just played along with the track as I heard it in my head, so that gives the whole thing a little of an off-kilter feeling. It’s not really being played in time to the song, but rather to the idea of the song. Maybe that’s what things sound like in dreams?

MM: This was actually the first track that we conceptualized in the writing process but it felt best as the closing piece after all the songs were winnowed down. You’ll notice the same Rhodes melody from ‘Ecco’ appearing here alongside the looped, muffled guitar line. Aisha Burns, our longtime violinist, sang the main vocal line which was put through a harmonizer so one line skirts lower with another accentuating an octave above her natural range. This ethereal effect serves to further remind us of the shifting and dreamlike state we hope listeners can fall into with Clear Language. This light marks a sort of summation, end, and beginning to this journey of breath and space.

Clear Language is out now via Western Vinyl. For more information on the band, please visit their offical website.