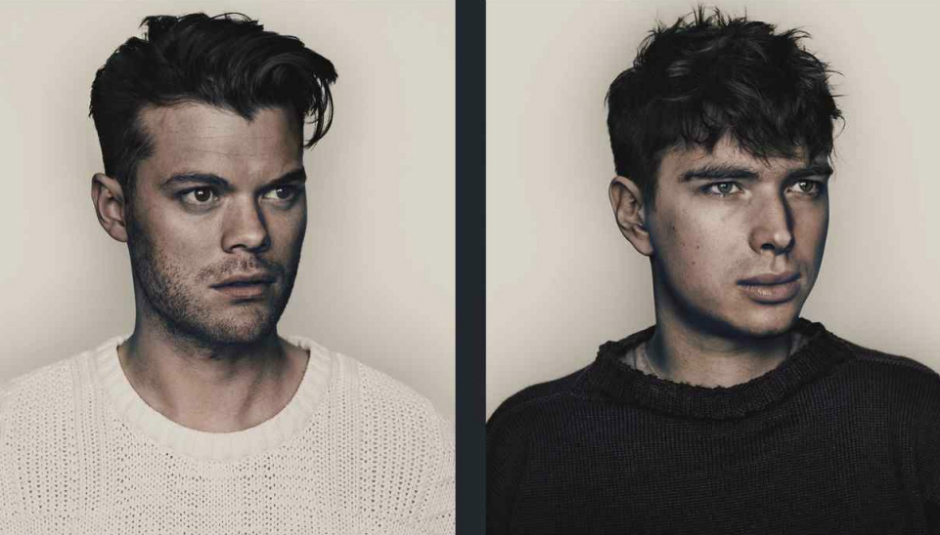 There are few things in life which have the ability to take you back to a specific time and place with quite as much clarity as a record. Sometimes I look through my music collection and use it as a way to map my life, from those early beginnings rifling through my Dad’s old records to albums I acquired more recently. I still own every album I’ve ever bought, and that includes some absolute honkers, but I’m proud of that because it tells me a little bit about how I got to where I am now. Along the way, there are records that you pick up which end up meaning a whole lot more to you than just the musical content within them; they come to embody a time and place in your life in a way that no other art form really can. For me, the best example of this is Arc by Everything Everything.

I was first introduced to Everything Everything way back in the early days of my university life when they were still playing toilet venues in the UK. They’d just released ‘Suffragette Suffragette’ as a single, which I liked – it was a quirky, weird song with lots of oddness that I'd not really experienced before. That was pretty much the only engagement I gave them at that point, the “that was a good song” treatment. It took me till way after they’d released Arc to even start listening to them again and by that point my life was entirely different.

I bought a CD copy of Arc in March 2015, some two years after its official release. The same week the album arrived, I got a phone call to tell me that my best friend Dan (Wild-Beesley, former guitarist from Cleft and now baritone slinger in my other band GUG) had been rushed into Manchester Royal Infirmary following a seizure. I knew immediately that I had to get across to the hospital as quickly as possible and since the drive was about an hour for me, it was the perfect opportunity to put my new CD on. I didn't know it at the time but Arc would become the soundtrack to one of the most emotionally intense periods of my life.

I arrived at the hospital to find Dan upright in bed in the A&E ward. We chatted and laughed for a bit and all seemed in reasonable spirits given the ordeal but Dan and now-wife Jessica were waiting on some scan results. As we sat there and laughed, a doctor arrived with the results and revealed that the cause of his seizure was a brain tumor. I wanted to help as much as I possibly could, and since neither Dan nor Jess could drive, I decided that was the best thing I could do.

What's all this got to do with Arc? Well, from the moment I first put that CD on in my car to the moment we took Dan home after surgery some two and a half weeks later, that album was the only thing I listened to. It was the only thing I could listen to. In amongst all the emotion and turmoil of the occasion, that album became a personal paradise, a haven to get lost in, somewhere for me to sink into and block out the rest of the world.

In my head, the world of Arc was one of great emotional exploration. It has some of Everything Everything's biggest songs in the likes of 'Cough Cough' and 'Kemosabe', but it's also an unbelievably introverted album too. It's often criticised for meandering, but for me, it was these meandering moments that defined this album as a body of work to become lost in. Songs like 'Choice Mountain' and 'This House is Dust' typify this for me.

The album has many themes but probably the most striking is an almost morbid obsession with the apocalypse, something that crops up time and time again and best highlighted in 'This House Is Dust' - Jonathon Higgs, at one of the most vulnerable points on the album, accompanied by a few sparse piano chords, singing “I wish I could be living / At the end of all living / Just to know what happens”. For some reason this sentiment meant more to me than I ever expected. It forced me to handle the concept of loss head on and try to reconcile it in my head. It was a feeling that I had little experience with and the way I connected with it through this record was both beautiful and poignant.

The absolute highlight of this record for me, however, is 'The Peaks'. This song is a masterpiece - a beautiful, terrifying masterpiece. It's like the birth of a burning tree, slowly growing, the lyrics the leaves, the instrumentation the trunk, but all the while the flames lap around it until the whole tree is engulfed and dies. The way the song builds and grows is astonishing. When listening to this song I’m sent to a place somewhere in the future. Something terrible has happened, and the survivors are left with nothing but the memories of those they loved and the mistakes they made along the way. It is not a cheerful song, yet it is breathtakingly beautiful. It’s probably the only song that makes me cry every time I hear it and is the most significant to me on the album.

My engagement with Arc is entirely defined by those few weeks. Although it seems as though the starker themes of the album are what attracted me to it, this album actually kept me happier, saner, and more together throughout that whole period – perhaps because it was somewhere private for me to indulge my personal sadness? I can’t be sure, but I do know that this record became a sanctuary for me and truly made me understand how powerful and vital music can be.

Tom Peters is guitarist and one of the founding members of Liverpool math-rcok trio Alpha Male Tea Party. Their new album Health is out now via Big Scary Monsters Records. For more information about the band, including links to buy their album and upcoming tour dates, please visit their Bandcamp page.