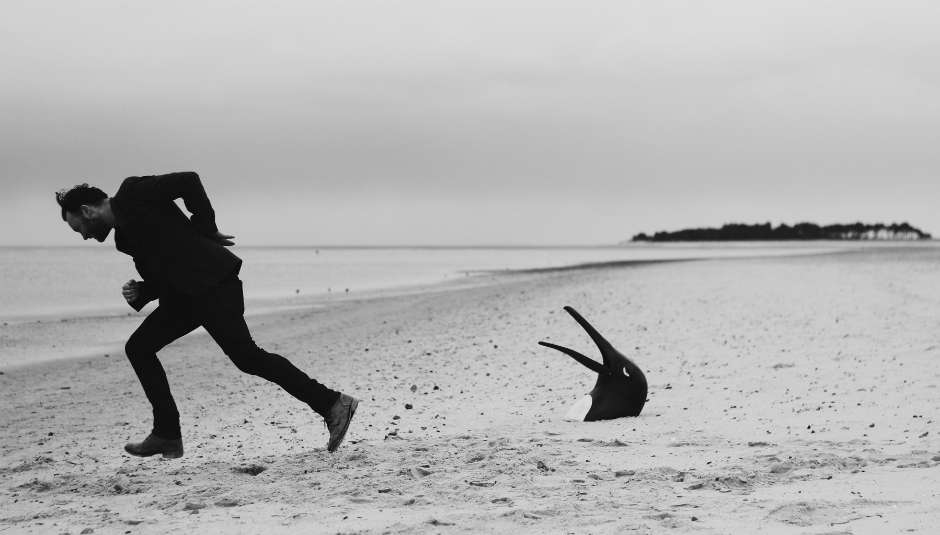 What began as something of an homage to Arthur Jeffes' late father, the renowned composer and musician Simon Jeffes, has morphed into something else entirely; a fully fledged musical ensemble, willing and able to explore new territories and musical motifs. The Imperfect Sea, Penguin Cafe's third album, is yet another striking collection of blissful ambient soundscapes and acoustic dance music, one that's warm, welcoming, and utterly enchanting.

Replacing traditional elements of dance music with real instruments, Jeffes' aims for an organic intimacy and a very definitive human touch; as he explains, part of the album's inspiration comes from "acceptance of the imperfections in all aspects of life; moreover, the recognition that these imperfections and tiny randomnesses are in fact what make up the best parts”. Below, he talks us through the gestation of each track, and how it all came together.

Ricercar means "to search" in archaic Italian and is an old classical music term for the start of a collection of fugues or canons. The idea was that you’d hide clues in the Ricercar that would illuminate and shed light on the following pieces, and introduce themes that would re-occur throughout with the various fugue variations. This track starts the whole album and was actually one of the first that we started working on in 2014 after the last album. For the percussion, I wanted to quote from my father’s version of “Walk, Dont Run” by John Barry. There was this almost Persian feel that comes from triplets running against a straight 4/4 that I wanted to set against the viola and violin lines bouncing along. For me, the feel is about something beginning and setting off… this is also a track that links more obviously to the last couple of albums so it made sense to put it at the front. The transition half way through to damped strings and a more systems feel preempts the transition halfway through the album towards the more dance-record/ambient feel of the second half. In the sense that this album is a sort of acoustic tribute to electronica, this track sets that idea out at the outset.

Again, another old music term generally associated with schools of singing - though in this case the central theme isn’t sung but is rather held on piano and violin throughout. There are five sections, each trying to break or modify the mood set by the main background theme. The piano line is seven notes long and so moves across the 4/4 bar structure every repetition. We boosted the piano bass here with an extreme eq across a heavily compressed reverb channel. This gave us the low-end synth effect that we could then set under the drums. The violin melody that comes in on the second verse starts with a single violin and then on subsequent rounds each time more and more violins come in. The second and third times there are takes on the same violin which gives that 60’s/Mantovani feel. The outro for this track drops down to three motifs all in different time signatures. They were all played against the 4/4 base and then carried on without the stabilising original line - this ends up with a pleasing sense of precariousness. This track we recorded in Kensal Green, in an old church hall; in Kentish Town at our home studio; in Hackney Wick, and was mixed in Italy at Convento Di Santa Croce. We then took the multi-tracks into Mandy Parnell’s mastering studio at Black Saloon and mixed for three days on her system before actual mastering.

This piece is designed as a break to take the listener into the middle section of the album which drops down into a few more reflective, drone-based pieces. The actual notes come from a few places: The key is determined by a rock balanced on a Shertler contact mic resting on the frame of the Bluther VII piano, that runs into a Fender Sidekick Keyboard 60 which we pointed straight back into the open lid to see what key the feedback would be. D, as it turned out. The themes we ended up referencing with the other Bluthner (boudoir), include - amongst other things - 'Now Nothing' (Simon Jeffes). Textures here include a vocoder playing back the midi interpretation of the piano line using the audio of the Shruti, run through an SSL SL 4000l EQ. This is a track that went through many stages/iterations in production and every time we realised that we could take something out and replace it with something slower and get more space.

A cover of the track by Kraftwerk. The sound that sounds a little like walking through snow is Rebecca Waterworth plunging her hands into salt in a bowl with a Neumann U87 on it. We wanted to explore the sonic world of 1970’s electronica and Trans Europe Express is a definitive moment. The hypnotic bass motif was our starting point and from there laid in the drones on two harmoniums again with heavily compressed and eq’d reverbs. The main melodic line is on harmonium and the cello developments emerge as a sort of call and answer which then unfolds. There’s something fundamentally cheerful about this track which I think underscores a lot of Kraftwerk’s continuing appeal - the topline melody and development are very human against the more electronic backdrop.

The main percussive pulses here were played by two of us taking turns hitting an old EMI tape block with various implements and then editing together the best bits. When you hit the tape block in just the right spot it would spin on its long axis and give out a beautifully phased ring. We started with simple crotchets and set that against a syncopated rhythm using a different mic position. Then we mixed together a Dulcitone with a Fender Rhodes to get a delicate and precarious version of the harmonic melody. The top melody is played on a Melodica, and is the first take we did - more as an idea of the sort of thing I was thinking of - but then, as so often is the case, we got used to it and came to love the hesitant and almost faltering quality. It echoes the idea behind the title.

Damped piano strings run the two irregular-metered themes here which run across a 4/4 / 6/8 backline from everyone else. This one and 'Ricercar' came about around the same time and sit together when we play them live. The percussion here is a simple 6/8 played with hotrods tapping on the frame of the grand piano. The irregular motif stays in G major while everything else modulates through D minor, F major and A minor - this sends the piece through a resulting series of modified modes that in turn informed the melodies played on violin and viola.

This piece is the soundtrack to an as-yet unmade animated short film. The story is a man wandering through dark and intimidating sand dunes beset by unseen demons. He stumbles and falls down one particularly steep slope and at its bottom begins to sink into the sand. He gradually submerges and all goes silent. But then a hand reaches in and pulls him free - it is a girl and she is beautiful and the second half of the piece begins. Now our protagonist has his other half he moves through the same dunes but now they’re beautiful and awe-inspiring - and the unseen entities are the opposite of demons. The main idea being that change comes from within I suppose. It involves upwards of 120 string players - we actually lost track with a mixture of multi-tracking on our side and City of Prague Philharmonic. The percussion, as in track 9, are played on floorboards in our old studio - with a Rode NT2 laid on a hat to get enough of the tone along with the mechanical vibrations. The contrast between some of the very close mic’d violin and viola and the much bigger sections make for this sort of epic texture towards the end.

A version of the piece originally by Simon Jeffes with the Penguin Cafe Orchestra. This version includes a drone from another rock placed inside the piano on top of a contact mic. Depending on the rock, the feedback from the fender amp would accentuate one note in particular and its harmonics up and down the keyboard. When we tried this rock it was singing in D sharp which is a key we rarely use and it reminded me of 'Now Nothing' for some reason (the original isn’t in that key). This was an early take which again, despite a slight faltering here and there, quickly stood out as our favourite. We spent a long time playing with the reverbs and eq’s here.

Again exploring the idea of using old instruments to try and do dance records, the four on the floor were floorboards in the old Penguin studio in a church hall in Kensal Green and the strings were written in a ruined convent in Italy. We emulated the main motors’ going out of sync with each other by playing one to a metronome at 123bpm and the other at 124bpm. The original by SMD doesn’t actually have strings or drums - and is all the more excellent for that - and so it made sense to take this acoustic version further into the traditional realms of electronic music with the pulsing beat, progressive strings and a rush break in the middle. Also, the false ending and last progression being the only time it modulates to G (which is the 4th in this case) makes it all a bit cinematic and triumphal which seemed fitting for the last moments on the album.

The Imperfect Sea is out now via Erased Tapes. For more information including upcoming tour dates, please visit his official website.