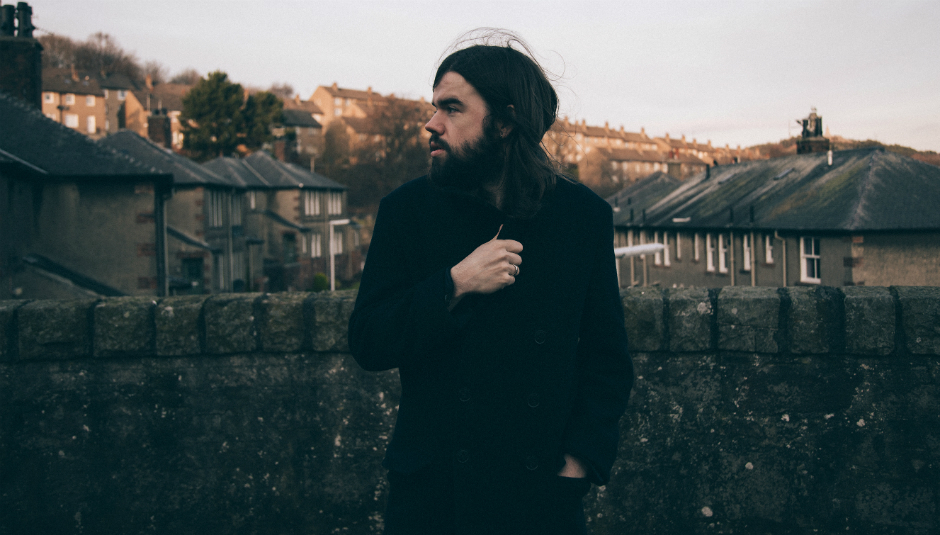 Perched on the north bank of the Firth of Tay, Dundee is a city with a long and storied history. A fine seafaring tradition – Robert Scott’s Antarctic exploration ship, the RSS Discovery, was built here – combined with traditional industry and agriculture made the city a place of contrasts. Harsh winters and the winds whipping in from the North Sea made Dundonians a hardy folk, a characteristic that has stood them in good stead for the decline and change brought on by late 20th Century capitalism.

Now experiencing something of a revival – it was recognized by the UN as the UK’s first UNESCO City Of Design in 2014, and has invested heavily in becoming a city of culture – the future looks bright. On his new album, local composer and musician Andrew Wasylyk invites the listener to explore eight architectural sites and open spaces; some new, some old and abandoned. By turns melancholic, emotive, and hypnotic, his instrumental music conjures ghosts of the past and celebrates the cityscape and a people he’s proud to call home.

Written for a vantage point in Dundee called Seabraes. To the west, trains cross the high girders of the rail bridge into Fife; in the east, commuters on the road bridge, while light planes linger above the airport. If you’re lucky, you’ll catch a basking seal on a sand band. A surprisingly peaceful, transient scene which unfolds framed by the Forth of Tay on its way out to the North Sea. The arpeggiated piano part has a rolling, ethereal quality and the key change and brass arrangement in the chorus was a subtle switch I hoped might give the impression of two stories, or journeys, ebbing and flowing. It feels like somewhere in there is a traveller. Whether they’re coming or going is another matter.

An attempt to echo the use of glass, concrete, and light in the Brutalism of Dundee University’s Mathew Building. Completed in 1974, its design apparently hints at a looming ocean-liner. I liked that imagery of a building sailing off into the sunset. Aside from the brass, I was on my own in the studio tracking the instruments on the album. My drumming’s pretty limited (as you’ll hear), so I kept the groove simple which lent itself to the hypnotic piano motif I started with. The cascading counter melody on glockenspiel weaving in with the strings and the brass swells was me aiming for some sort of sleepy “Sound Of Philadelphia”. The Moog drone was an afterthought, which turned out crucial to the daydream.

The influence behind this track was in Dundonian architect George Mathewson’s Victorian Gothic designed St. Andrew’s Cathedral. Not long after opening in 1836, amidst its success, Mr. Mathewson sailed to Australia to make his name there - architects were celebrities in-demand then - but ran into trouble and soon returned home, unwell, to his cottage in Tayside. According to the story, he never recovered and passed away, succumbing to “insanity and consumption”. Not sure how I’d categorise the song. There’s a Shoegaze Jazz element that swells more than swings, like a bloated Glen Miller. There’s meant to be a warped elegance about it. Along with the Flugelhorn, the washed-out electric guitar is doing the heavy work, as if the amplifier’s been recorded in the high-ceilinged cathedral itself. My grandfather, Iwan Wasylyk, attended the Ukrainian church there soon after arriving in Dundee in the mid-50s.

The photograph on the front sleeve of the album was taken by the late, great Joseph McKenzie, which I first saw in an exhibition of his called, “Hawkhill: Death Of A Living Community”. Taken in the early 70s, it depicts the Hawkhill in Dundee being razed to the ground. Joseph’s pictures had a profound effect on me and instilled a fascination with urban decay. He’s almost certainly why I was drawn to the abandoned Park Place Primary School. I’d often pass it in the evening with its rusting railings, weeds flourishing through concrete and fading Hopscotch and the flaking, eerie “Visitors Must Report To Reception” sign. Currently a most inspiring car park! From what I recall, this is just a Juno-60 and Fender Rhodes through lots of delay and reverb. Pop Fact: the playground recording is actually of Blackness Primary School.

McManus Galleries was built 1867 and designed by the prolific Gothic Revivalist George Gilbert Scott, who also designed the city’s St. Paul’s Cathedral and St. Pancras Station, London, among many others. Formerly known as The Albert Institute, it has a fine, and free, art collection and museum. Many of my Sundays have been spent skulking about inside. It’s generally quite a reflective piece, with a kind of Blue Nile romanticism throughout.

Probably the most “thematic” song on the record. Comprising of four Victorian mills, Lower Dens Works was the empire of the mighty Baxter brothers of Dundee who, between 1840-90, rose to be the world's first linen manufacturers. I was keen to reference that aspect of exhausting machinery work in the mills with a relentless mechanical drum pattern. One of the dangers of writing instrumental music is not having the constraint of a vocal to work to; keeping the interest without being (too) bombastic. There’s a fair bit of detail and counter melody going on by verse two, but I think I just about get away with it.

Something of a nocturne for a place I spent a lot of time in when I was very young. As you enter Menzieshill (pronounced “meeniss-hill”) from the east there’s a gorgeous panoramic view to the south of Newburgh and Invergowrie Bay. It never gets old. The melody is played on the wonderful Casio MT-65 with too much modulated delay and the Euphonium and Flugelhorn arrangement appeased the hopeless nostalgist in me.

The area was initially part of a monastery until the Scottish Reformation - when Mary Queen of Scots gave the land to Dundee in 1564 to use as a burial ground. Dundee’s Incorporated Trades held meetings here until 1776, by which point it became known as The Howff (Scots for “meeting place”). It’s fascinating, if not a wee bit sadistic, that they’d meet here and discuss the future among the deceased. The drone may allude to something slightly sinister, while the minimal piano brings an abstract feel and an air of expectancy about it that never really concludes. It’s a curious and beautiful space, so I thought this would be an appropriately melancholic full-stop for an album that hopefully celebrates nostalgia.

Themes For Buildings And Spaces is out now via Tape Club Records. For more information on Andrew, please visit his official website.