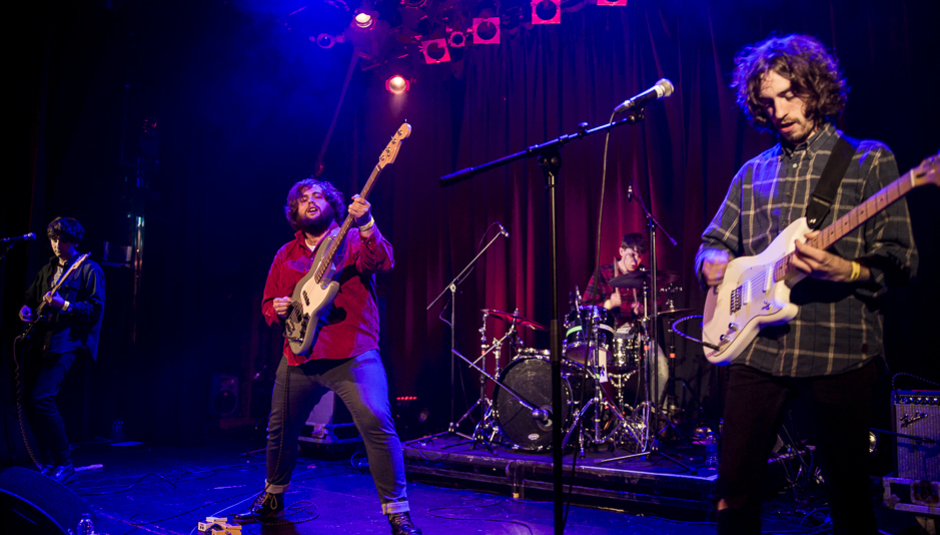 2Q might only be in its second year but with a stellar line up that's arguably among the most mouthwatering of any UK festival so far this year, it's fast becoming the most prestigious event of its kind. Not to mention putting Derby - a city that led the way for the East Midlands live music scene 20 years ago - back on the map in the process. Unsurprisingly, it's also close to completely selling out, which for a suburban inner city multiple venue event still in its embryonic development phase is a remarkable achievement for organisers IME. 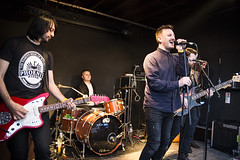 Featuring over 60 acts spread across 10 venues around the city centre that are all within easy walking distances of each other, 2Q might have taken inspiration from the likes of Dot To Dot in neighbouring Nottingham or Brighton's Great Escape, but with everywhere being in such close proximity and queues being at a minimum for the majority of its duration, the event offers something of a brief respite from the hustle and bustle of its peers.

Having already expanded its venues from last year's six, there's clearly room for further growth even though a minor criticism would be the suitability of some of this year's locations, many of which are upstairs rooms above pubs or bars. While that creates a homely, intimate atmosphere, technical issues run the risk of curtailing some of the enjoyment, and sadly in the case of unfortunate post-punk outfit Yassassin, bring about an abrupt end to their set after just three songs in the tiny confines of Vines bar.

Nevertheless, the positives far outweigh any negatives and having navigated the long(ish) trek from Derby Station to The Venue, Nottingham trio Eyre Llew deliver a set that veers between subtle and strident at the blink of an eye. Fusing influences ranging from classical to post-rock and metal, they're fast becoming one of the most sonically engaging bands on the circuit and with their debut album set to drop later this year, should finally have a documented collection to go with it. 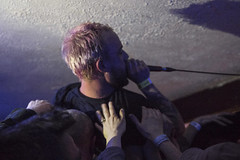 Having witnessed Yassassin's aborted set due to what appeared to be a blown amp an hour or so earlier, we take our place in Vines once more with a degree of trepidation. Next up are hotly tipped Bristol outfit Idles, whose politically charged social commentaries over an abrasive mix of punk rock and unadulterated white noise have enticed a fair few revellers to follow suit. Vocalist Joe Talbot commands the stage for the duration of their set, spitting lyrics that reference Mary Berry and Francis Bacon among a cast involving many others. Musically like a much tauter cross between Future Of The Left and Sleaford Mods, they're a riotous joy that will no doubt cause hours of enjoyable havoc at many a festival this summer.

East Midlands five-piece Cold Water Souls might only have played their first show with the current line-up six months ago but they've already become one of the brightest new acts in the region. Elements of shoegaze and post-rock join forces with anthemic choruses ensuring their delightful teatime set goes down a treat with everyone present in Bar One's packed beer garden. Earlier, Leeds outfit Fizzy Blood's raucous riff-heavy performance also wins them a new legion of fans over in the Silk Mill Museum, which also serves the most incredibly delicious roast pork rolls we've ever laid eyes on.

It's there where Inheaven continue to establish themselves as not only the hardest working band in the UK right now, having been on tour for what seems like ever, but also one of the most consistently august. Having honed their half hour set to include pretty much their entire recorded output so far, it's easy to see why they're already being talked about as one of the finest singles bands to emerge from these shores in a long time. 'Baby's Alright', 'Treats', and 'Bitter Town' induce mass singalongs while a celebratory run through debut 45 'Degeneration' at the close brings about the Silk Mill's first sporadic moshpit of the day, which eventually spreads to the back of the room. 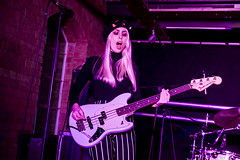 Irksome clashes now being par for the course - and in all honesty, the sign of a great festival - Hooton Tennis Club draw the short straw so DiS heads to the all-seated Guildhall where unsurprisingly, no one is seated by the time opener 'Bad Dream (Breakdown On St George's Mount)' reaches its first chorus. Playing a set that's split equally between material from last year's excellent Big Box Of Chocolates and its predecessor Highest Point In Cliff Town, even a minor kerfuffle down the front that sees a pint thrown over one poor reveller's head doesn't subside the party atmosphere created by the Wirral foursome's uplifting repertoire.

With a strong collection of headliners across 2Q's multiple venues that includes Pulled Apart By Horses, Tom Grennan, and Milburn, DiS opts for Temples back in the Silk Mill Museum, catching Toy's blistering finale in the process. Arriving on stage half an hour late, we're told due to crowd congestion outside - which seems odd considering the room is nowhere near full to capacity - resulting in police being called to calm things down, Temples finally emerge to deliver a set worthy of their bill-topping status. While the older songs understandably strike a chord with those who've been with them from the start - 'Colours To Life' and 'Shelter Song' proving particularly favourable - it's the songs they opt to play from excellent second LP Volcano that sparkle this evening. 'Roman God Like Man' and 'Mystery Of Pop' go some way towards Temples losing the "psych revivalists" tag they've been unfairly adorned with while former and current 45s 'Certainty' and 'Strange Or Be Forgotten' continue the band's dalliance with pop in sophisticated style. By the time they leave the stage, the venue appears to have finally reached capacity, word undoubtedly having spread that Temples are a band not to be missed at this present moment in time.

Which brings us to the end of 2Q's day long extravaganza. While a few minor tweaks may well be in order before 2018's event takes place, the organisers can feel proud of what has, by and large, been a resounding success. 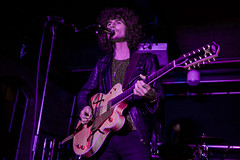