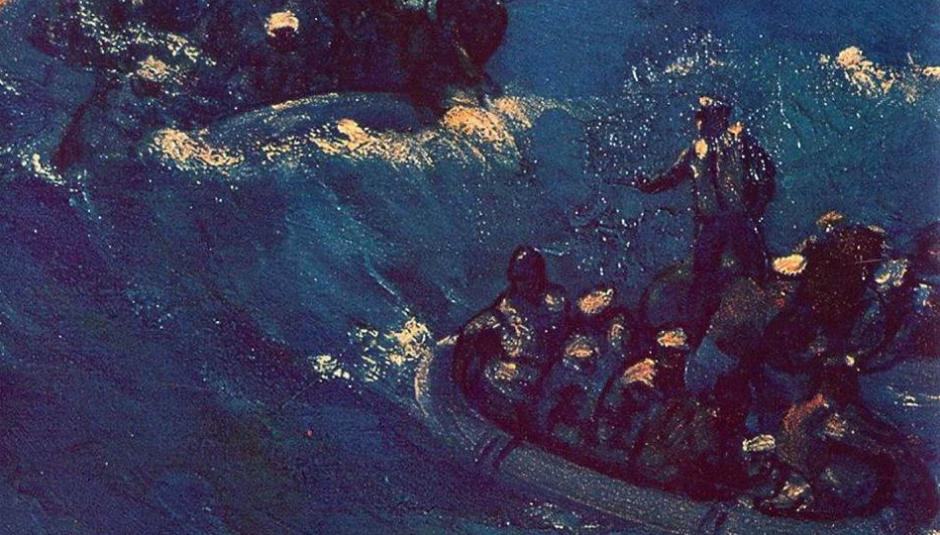 The Friday Fangasm: Since I Left You by The Avalanches

The Friday Fangasm: Since I Left You by The Avalanches

In addiction therapy there is the term "geographical cure". This, essentially, is the aim of escaping your environment in an attempt to fix (or evade) your problems. Alcoholics' Anonymous (a deeply flawed system btw) argues that it is not a feasible solution to your problems as "wherever you go, there you are". Many others have argued that it certainly can help but shouldn't be thought of as an easy fix.

The geographical cure is something I have certainly tried to implement in my life as someone who was some blend of bored, anxious, and mildly depressed and has always delighted in at least being partly non-English (Australian, that is). I'm sure many of those reading this will understand the characteristically hipster-ish desire to be different. Having a slightly unusual accent in another country is possibly the easiest and laziest way to achieve this difference and satisfy my ego.

The geographical cure is something I feel that we all attempt in some way; popular culture, for example, is built on the idea of escapism. Our devotion to it and the ideas of fame as a form of transcendence of the everyday world give it pseudo-religious qualities. An album that I think is particularly significant for tying together basically every popular or artistic form of escapism into a single package is Melbourne band The Avalanches' debut Since I Left You. As I bought it on a family holiday to Australia as a child, it takes on further personal resonance as something both exotic and nostalgic. But even outside of this subjective connection to it, dreams of escape can be read running deeply through its grooves.

From the second we drop the needle on Since I Left You, we hear another life, another country, another reality. The album is a journey, a trip. Through the use of crackly old samples, through exotic snatches of dialogue, through the suggestion of a never-ending party, a distinct universe, unique to the album, is conjured. We might think of some beautiful, Jay Gatsby-esque jetsetters travelling the world, dancing until morning. The ideas deep within the album seem totally opposed to the drab realism of Tracy Chapman's attempts to escape her life in ‘Fast Car’. In that song, the narrator, initially inspired by the romance of moving away, eventually realises that escape is impossible and ends up in the same situation that she started in. The Avalanches, instead, are the soundtrack to Chapman's speeding car, or at least of the party to which it might be headed.

Since I Left You cements its themes of escape with track titles like ‘Flight Tonight’, ‘Pablo's Cruise’ and ‘Little Journey’. The project was even conceived as a concept album, as "an international search for love from country to country. The idea of a guy following a girl around the world and always being one port behind". The concept was largely abandoned but the motifs of travel continue throughout the album. Pitchfork wrote of the album that "it... riffs off an ideal where getting on an airplane and landing in another corner of the world was the most exotic thing a person could do". You are taken from place to place, but this kind of travel lacks the trivialities that real travel actually involves. There are no hotel check-ins or jetlag, no airline delays or disappointment in your eventual destination. This is travel the way you remember it, the way adverts sell it. This is a feeling outside conventional reality, a feeling of the magic we believed existed in the world as children. Essentially, this is the feeling of pure romance, emotion rather than logic, feeling rather than thinking. The ‘Little Journey’ we're taken on is a trip through time and space as we hear the boat's horn in ‘Pablo's Cruise’, we imagine travel as a world of slam-door trains with black & white beaus running alongside. If there are tinges of sadness in the music it still suggests something magical and romantic like the end of a Hollywood love affair.

This search for something else is clearly buried deep in our psyche. We feel the urge to escape life as it is and experience something different. In the ancient world we achieved this with the cosmic mythologies of religion. These days, pop culture has consistently sold us this dream. We were told of superhuman rockstars who couldn't be less like you and me: John Lennon didn't go the dentist; Kanye West doesn't fill in tax returns. They are magical beings who prove that life isn't worthless, that there's more in the world than what you see. Rockstars are appealing precisely because they don't live normal lives; they "never yawn or say a commonplace thing, but burn, burn, burn" (to quote Kerouac). We place our hopes and dreams in them at the transitional age between childhood and adulthood when that sense of magic starts to fade from life. What starts as an urge to escape your home town often moves on to an urge to escape reality itself.

For head-in-the-clouds romantics, reality is really rather boring. Nothing is more interesting than their interior world. There is little sentimental attachment to any particular place or home. Instead, there is a constant desire to move, to see something else. It is a useless attempt to finally live in a place that lives up to the worlds imagined in their own head, one seemingly hinted at by popular culture, a world of pure imagination really. The esteemed rock critic Greil Marcus once quoted the writer W.J. Cash in saying that rock 'n' roll embodies "a cosmic conspiracy against reality in favour of romance". At a young age, those who feel slightly different are able to pull together pieces of pop culture, particularly music, to craft an identity. These misfits find a world of peers (both real and imaginary) away from the disappointments of reality. Pop music culture following rock 'n' roll has frequently been a way of transcending the normal limits of mankind and transgressing its rules. We're sold an escape from reality in the form of mythical figures, never-ending parties and alternative cultures that exist outside of the mainstream world of 9-5 jobs. Marcus quotes Elvis in saying: "When I was a boy, I was the hero in comic books and movies. I grew up believing in a dream. Now I've lived it out. That's all a man can ask for". This, then, is the rock 'n' roll dream, to believe in and become something more.

With The Avalanches' music, we can actually see the different patches of popular culture that they have stitched together to form their Technicolor identity dreamcoat. These different patches are audible as samples from records, movies and their soundtracks, from popular culture itself. Sampling is a fairly literal way of showing off your influences. Like the process of identity creation itself, you take bits of pieces from records you like to create something larger. It is personal taste exposed and made audible. Throughout Since I Left You we hear samples from both Daft Punk and De La Soul, a synthesis of which might best describe the group's sound. We also hear weird, brief samples of bossa nova, comedy records and Madonna. These might suggest their love of obscure exoticism, their sense of humour, and their sincere appreciation of pop music. It might be easy to compare the album to other sample-based records like DJ Shadow's Endtroducing, but the comparison of the two is like comparing Sonic Youth to Slayer just because they both use guitars. Sonic Youth and Slayer each manage to use their instruments to reflect their different interests and make music that sounds nothing like the other, and while both The Avalanches and DJ Shadow share key ground in hip-hop, turntablism and sampling, The Avalanches have far greater influences from dance, classic rock, and even pop music. The dance influence can clearly be heard as the album actually gives the impression of being recorded live from a club; the tracks are mixed together like a DJ set and are frequently interspersed with chatter. It's something like those faked live albums from the '60s where chatter and applause was spliced into a studio session in an attempt to give it some vitality - something you can hear on tracks like The Beach Boys’ ‘Barbara Ann’ or The Premiers’ ‘Farmer John’. Avalanches tracks like ‘Live At Dominoes’ and ‘A Different Feeling’ feature house-inspired four-to-the-floor kick drums, ensuring there is no doubt this is supposed to be fun. The album's nature as a party album is also vital to its escapism. The promise of Friday night partying is, after all, what keeps many going through the drudgery of the working week.

Since I Left You, then, evokes the many different ways we choose to escape from the everyday. It takes us beyond reality on holiday, through art, on the dancefloor. The album ends with the repeated lyric "But I just can't get you / Since the day I left you". This is sort of like escape itself. We are only ever able to leave the drudgery of the everyday behind briefly; the escape is only possible as contrast to normality. Real life comes with work, utility bills and hangovers. This doesn't mean these escapes can't be useful, more that you have to do more than run away from yourself to be happy. As one blog wrote on moving, "choosing to relocate can be a positive change if it is done for the right reasons. But a geographical cure won’t save us from ourselves or the part of us that is still in the process of healing". Perhaps some places are just easier to live in. Boredom and depression can be just as much about your environment as yourself. It might be just as unhealthy to stay in a dead-end job your whole life as to always try and escape it. Australia is certainly an easier country for me to live in than burnt-out Brexit Britain (although I'm privileged enough to have a passport). While escape from reality is ultimately impossible, a little journey might help us to sort our lives out. Still, you should consider some soul-searching before you book a flight tonight.