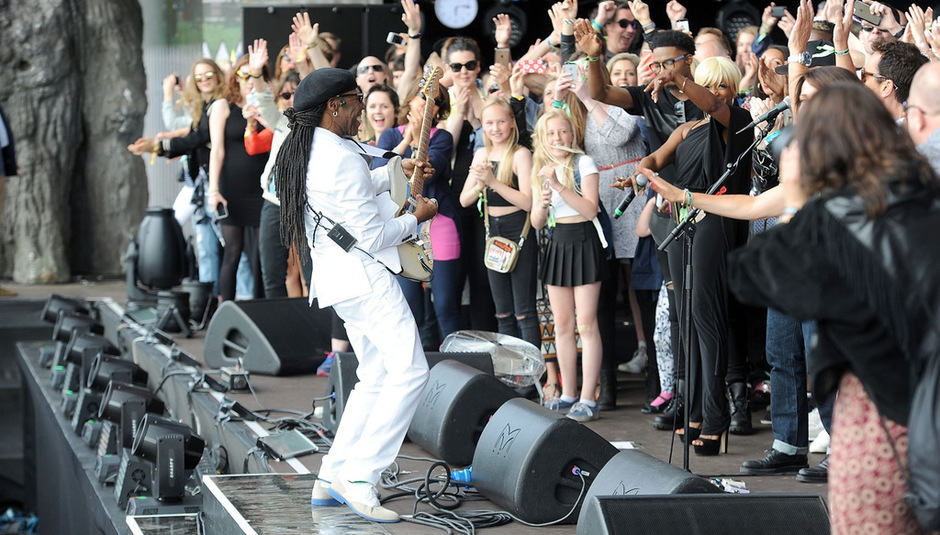 Writing about music is fundamentally a solitary and frequently lonely way of earning a living. By and large, you'll listen to listen to promos when you have the place to yourself or maybe on your iPod when you realise that three days indoors isn't the best thing for your well-being.

The irony, of course, is that us scribes loathe the album playback. Absolutely hate it. Despite it being a social occasion where you can meet your fellow writers, PRs, and other industry bods while you're being wined and dined (on finger food) on the record company's dime, we hate having to listen to an album in an environment where we normally wouldn't and then be expected to pass comment on it after just one listen.

And so it was that I met Dan Lucas for the first time at a playback for Arcade Fire's exercise in tedium and over-indulgence that is Reflektor at some swank members club in Marylebone. We were sat on opposite sides of a dimly-lit room, occasionally getting up to help ourselves to the teriyaki chicken and prawns that were on offer with the free beer and wine. I couldn't help but notice that Dan grimaced at pretty much the same points that I did, which came as some source of comfort.

Around the halfway mark of the interminable playback, a record company person informed us that we'd be taking a short break. We both got up and stepped outside for a smoke. I offered Dan a light and, having taken a drag of our respective fags, we both said at exactly the same time, "It's shit, isn't it?"

And that's how I met Dan Lucas - tearing strips off Arcade Fire in between cigarette puffs. We'd meet up every now and then at playbacks and pretty much shared the same opinion of whatever it was we were listening to.

I'm glad that he kept his size-10s on his feet on that occasion and gave the album the kicking it so richly deserved. Consequently, every time I heard something from that album, it always raised - and will continue to raise - a chuckle as I remembered those first simultaneous words to each other.

Rest easy, Dan, and be sure to give those feet a rest.