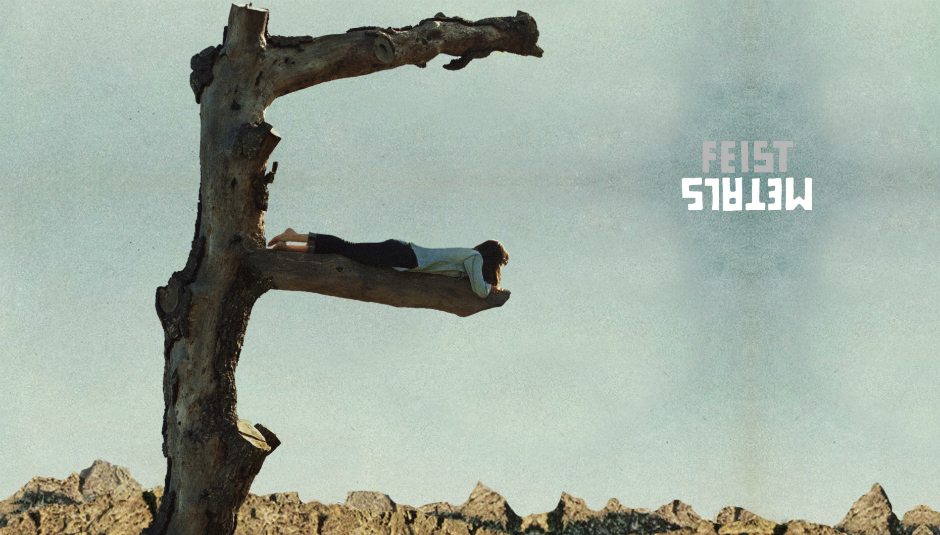 The Friday Fangasm: Metals by Feist

The Friday Fangasm: Metals by Feist

We turn off the lights in the basement and settle ourselves against cushions on the floor. The laptop placed ceremoniously before us suddenly comes to life, first with colour and light. Shapes dance and twist onscreen, reflected as a protean glare in our irises. Our faces are slack as universes holding the fixed planets of our eyes. Then the sound begins and brings fire to our minds.

This is how I first heard Feist’s Metals: a synesthetic experience in a basement with two of my best friends. I had never listened to music this way before, with the lights off and the iTunes visualizer making its random magic. In this focused environment, we surrendered ourselves to each of the songs, suspended in a web of awed togetherness. We were neither high nor drunk, as young adults in basements listening to music often are. We were just hungry musicians wanting to learn, feeding off the darkness, the geometry, and the sound.

Feist has been a comforting character to me for years. On the first day of college, as I waited in line to enter the auditorium and accept my position in the class of 2011 at Kenyon College, I became fast friends with a boy wearing a Feist shirt. He remains one of my closest friends today; he still has that shirt and often wears it when we meet up across coasts. So at the heart of my love for Feist is this association with kindred spirits. When I listen to Leslie Feist’s voice, it’s as if cracks in a stone cliff are opening up to reveal hidden pools. Her voice is pure nature – the sound of rocks, tree bark, soil, storms, minerals (metals!). It can be playful, like a shrug, and then mournful, like a howl, from one moment to the next.

The first song on Metals, 'The Bad In Each Other', cracks into you with its opening percussive thwacks. And so one of the most impressive elements of this album is immediately evident: the percussion sounds and arrangement. To me, the percussion on this album sits somewhere between electronic and acoustic. The sounds are wholly organic, yes, but they’re executed as one might execute a beat on the computer, and their aggressiveness is at times - as in 'The Bad In Each Other', 'Comfort Me', and 'Undiscovered First' - reminiscent of ‘80s industrial beats. This gives the album a unique sound, a softness outlined in thick dark strokes.

My favourite song on the album is 'Anti Pioneer'. It emerges like a snail poking its head out of a shell as Feist sings of self-isolation, the lack of desire to be bold. Similarly, the song’s arrangement starts as a sketch, a skeleton of guitar and sparse drum hits, that later blossoms with mounting vocals as she cascades her way down the words “anti pioneer.” Strings swoop in to catch her fall; voices build like sediment, layers of earth creating a firmer foundation on which to walk and explore the world once more.

I remember seeing some videos of how Metals was made: the whole crew living in a house together, buzzing around like bees in a hive, and queen bee Leslie at the heart of it all. A communal album, a tenderly handcrafted album. Leslie tracking vocals on the porch, a ragtag orchestra recording strings in the kitchen amidst coffee cups and spaghetti pots… I don’t know how much of this I’m making up in my memory, but the romantic, collaborative process through which this music was created has stuck with me and serves to make the music feel even more rooted, of a specific place and time that is somehow also placeless and timeless. Like any good fantasy, it designates its own boundaries and invites you to live inside of those defined structures for a while. Come join us inside this house, the songs seem to say. Let us tell you a story of the earth.

Nandi Rose Plunkett records with Pinegrove and as Half Waif. Her new EP as Half Waif, form/a, is out now via Cascine. For more information, please visit her official website.