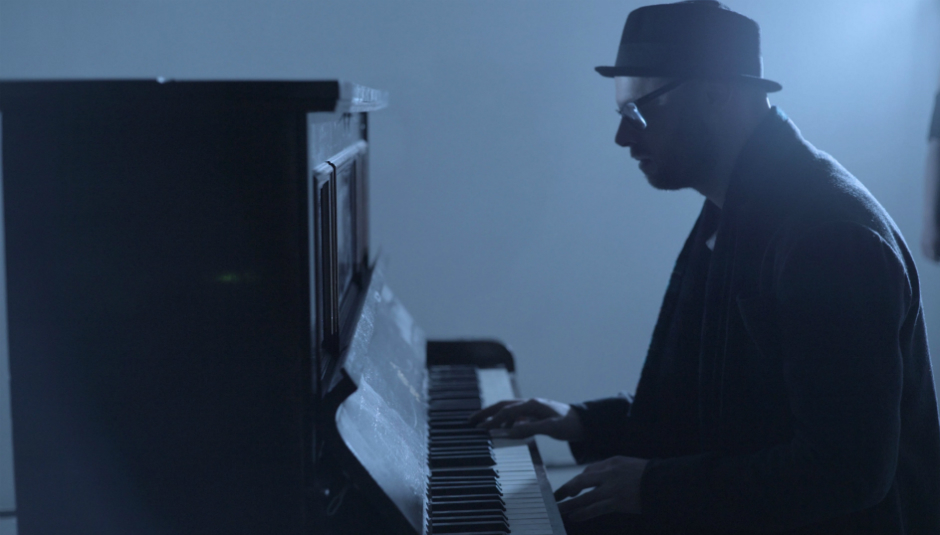 Meursault's Track By Track Guide to I Will Kill Again &amp; Exclusive Stream

From the scratchy yet delightful Pissing On Bonfires / Kissing With Tongues to the slicker, more fully formed Something For The Weakened, Scottish band Meursault have always displayed a charm and panache that set them apart from their peers. Raw emotion and personal tumult have been fertile ground for Neil Pennycook & co. but it's not all sad strumming and "woe is me" laments; their songs bite and swoon and soar, sometimes softly, sometimes majestically. And while they've been getting steadily more uptempo and polished in their writing, Pennycook's voice can still stab like a dagger of ice to the heart.

New album I Will Kill Again is yet another deft collection of songs, full of gorgeous melodies and gentle, lilting harmonies. DiS is proud to present not only Pennycook's personal guide to all ten tracks but an exclusive stream of the album itself ahead of its release on the 27 February via Song, By Toad Records. Enjoy.

I’ve said before that I’m a big fan of opening tracks. I like the idea of having something introductory, something that gives the listener an idea of what they’re getting themselves into...which in this case is Reuben playing some lovely piano while I hack the life out of a banjo with a cello bow.

Ellis was someone I met fleetingly. In our short time, he revealed himself to be nothing short of monstrous. A villain if ever there was one.

Once upon a time, I played a promotional show for an American beer company (one of the big ones). I can only assume that business was tough, so they’d enlisted my services to help turn things around. The entire venue was decked out to give the impression you were encased within a massive bottle of said liquid. The audience, consisting mainly of land-dwelling mammals, were justifiably terrified. Everyone had a terrible time. Never again.

I feel that in general, the sea is over-used as a metaphor in art. In response to this, I present to you a song about the sea... You’re very welcome. This was recorded, pretty much, live with Reuben on piano, Alex on bass and Faith singing. Given that there have been countless versions of this song (which I’ve never settled on) this came together very quickly.

Frank Sinatra died in Los Angeles on May 14th, 1998. His final words were "I’m losing”. The rest is just ghosts and metronomes.

This is a deeply personal song which tells a story of great tragedy and heartache. Included for its ability to make Matthew (Young, Song, by Toad) giggle like a child whenever I sing it. Sarah is the name of the wee ghosty on the album cover. She’s a mostly fictional character who pops up at various points throughout the album. Reuben wasn’t allowed to play on this one for fear that it would sound "too good". I really wanted that middle section to sound like a piano falling down a flight of stairs while the person playing tries desperately to finish the song. I gave it a red hot go.

This is another one that was started and finished in next to no time. It started off as a simple wee piano motif then grew into what it is now once the band got their hands on it. We all tried our best to play it as quietly as possible, and everyone showed a lot of restraint. Alex (Livingstone - bass guitar) spent a particularly long time working out the least amount of notes he could play without disappearing from the arrangement altogether. It’s about absent friends.

I’ve often said that the cor anglais is an underused instrument in the genre of indie rock. There’s probably a good reason for this. This is another song about ghosts and metronomes.

I Will Kill Again

I find it disturbing that so many contemporary songwriters seem unwilling to portray themselves as antagonists within their songs. This is my attempt to redress the balance by confessing all of the terrible things that I'm likely to do but haven’t gotten around to yet. We’re all capable of unspeakable things...the trick is to avoid repetition. The awesome Liam Chapman (C Duncan's band) is guesting on drums here.

A Walk In The Park

There is a bench in Central Park, NYC, dedicated to the life and memory of Jim Henson. One day, a close friend of mine spent approximately four hours helping me track down this bench so that I could read the dedication and have a nice sit down in a spot that one of my heroes had loved and taken inspiration from. Thank you Sam.

Meursault's I Will Kill Again is out on 27 February via Song, By Toad Records. On Saturday 25 February, the band will be hosting a launch party for the album in Edinburgh, including performances by some very special guests. For more information about the band, including upcoming tour dates, click here.

Knowing Your Own Darkness: DiS Meets ...