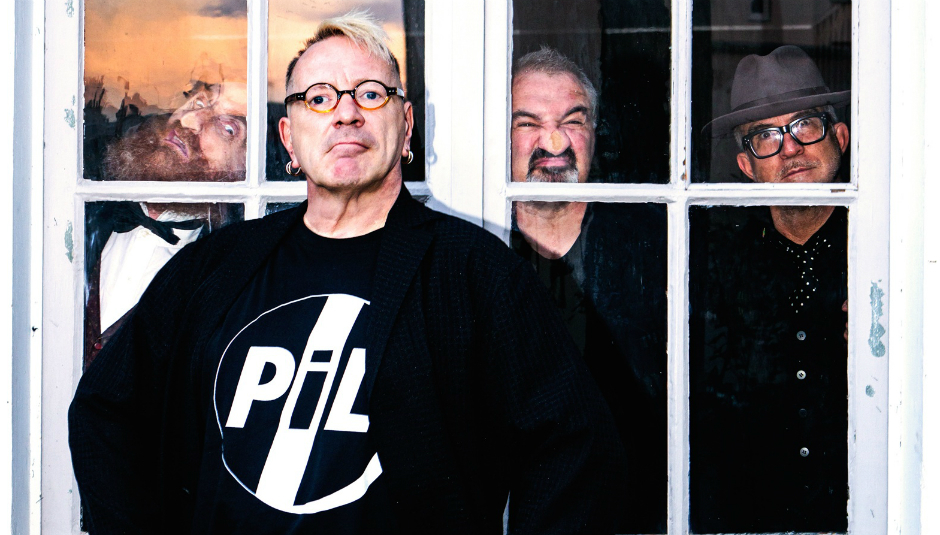 "You're only given a gift once": DiS Meets John Lydon

"You're only given a gift once": DiS Meets John Lydon

Public Image Limited are utterly ground-breaking in terms of how original and diverse their back catalogue is. Unable to steer a steady ship, John Lydon remains the only constant band member; musicians as diverse as Steve Vai, Ginger Baker, Jah Wobble, and Mike Joyce from The Smiths have been involved. From album-to-album, distinct characteristics emerge and the band reinvents itself. Two LPs that illustrate their diversity boldly are the vastly different yet equally thrilling album LP’s Metal Box and Album – both of which have been remastered for re-release with companion discs of live recordings and other outtakes next month.

The 1979 classic Metal Box showed off the angular post-punk and glassy guitar work of Keith Levene, who founded The Clash and inspired the Edge, and the dub reggae-tinged bass lines of Jah Wobble – clues in the name about how deep those grooves are.

On Album, released in 1986, seven years difference is a world of difference. The flamboyant influence of Steve Vai, on top of the phenomenal drum work of Ginger Baker, makes for a more metal sound. In fact, it would make much more sense if the albums names were swapped. The former Sex Pistol, who is talking to Drowned In Sound from “fucking baking hot” Malibu – a world away from the streets of ’60s Hackney and Islington where he grew up – says: “Well, my head was in different places on every album I make and I do like variety in life.” I begin to understand how important he sees mentality in music as he tells me, “I found a way of interpreting thoughts into sounds. Sometimes that bloody hurts. It absolutely breaks me down. Many a gig just in tears, the songs are that dramatic to me. Because I’ve got something of a photographic memory, it keeps coming back in exactly the same hard way. It doesn’t get any lighter.” It’s clear genre is an irrelevant discussion with Lydon, and that PiL is a much more primal thing.

Subsequently, the variety between Metal Box and Album that’s come about from having a constantly shifting line-up changes not only because the musicians change, but also because of the impact on the emotional state of the writer. Sounding remorseful, he says: “It was always a sorry bone of contention with me. I like stability because you can experiment far, far deeper and go into things for longer and really, really progress inside a structure. It’s something now that’s happened.”

The personnel changes are fascinating, independent of any domestic band politics. You’d have never thought it possible when Lydon was a Sex Pistol that Steve Vai’s flamboyant shredding style could make it into a band with the man who champions the three-chord simplicity of Status Quo. It’s a bizarre meeting of worlds, but a brilliant one.

I ask what it was like working with someone who’s considered technically above and beyond most individuals. “You would think he’s untouchable, but in the studio people are less professional than you’ve been led to believe,” reveals Lydon. “Everybody is compromised there and feels not good enough. I’ll give you an example; we wanted rhythm guitar in certain tracks and Steve just couldn’t get his head around the concept of it because he was Mr Twiddledee, 2,000 notes a second."

“To break the ice, he got drunk on Saki, which I highly recommend, and by jingo there it was. We learned to talk to each other as friends, you see, and it worked a treat. You could never say Steve Vai wasn’t good at his craft but we all have those inadequacies, and fear of making fools of ourselves. The smart ones, of course, lay off heroin and learn to enjoy the fear."

“But not Ginger Baker, he was on the album, too, and never laid off anything - including a drum kit. He beats life to death that man, he was fantastic! It was hilarious, he had such a reputation for being a crazy man, but I rather liked him. He was very easy to get on with; we both come from similar backgrounds - he’s got no arty pretention. He just gets in there and destroys a drum kit!”

The conversation turns back to Metal Box, an album made whilst he was dealing with the fall out of the Sex Pistols. It might not have had as many famous names involved, but the sound of the band playing to their absolute limits is a mesmerising thing to endure. Going back to the impossibility of framing PiL within one genre or another and being more of a primal thing, he deplores the dub reggae comparison that us journalists use in order to give people a rough idea of the feeling involved.

“I think it’s just the only way he knew how to play. We were doing the best we could with the inspiration we had,” he says, before going into further detail about the sociological circumstances that informed Metal Box. “There was still issues, there was financial restraints and the record company, because they didn’t like the idea of the people I’d signed on as Public Image Limited, because they’re all unknown. And I was still enduring the consequences of the Sex Pistols; there was that court case that was still looming in the background. But through all that we made something truly great and fed off the negativity.”

It becomes clear that Lydon is much more inspired by the domestic issues in life than political. There’s no mention of Thatcher or the Queen or other institutional qualms. “I don’t like people who make grandiose political statements assuming it’s solved the world’s problems,” he says. “We’re not The Clash or U2, I don’t believe in vacuously overstating anything. I think by domestic situations you can learn more about the real way of the world.”

So what about the fact he sailed down the Thames on the Queens Silver Jubilee playing ‘God Save The Queen’? “I didn’t know it was jubilee year when I wrote that song or when we released it, and I can absolutely guarantee I don’t think anyone in the band did either. I definitely know Malcolm didn’t. None of us were the kind of people who would pay attention to that. If there’s a God out there, he has strange ways of manipulating us."

“I’ve never been the kind of person to sit down and deliberately work out a title for some shambolic sense of spite. It was personal view that I wouldn’t be anyone’s cannon fodder in the state Britain was in…. If you don’t think about your future there will be no future.”

Despite his more genuine fascination with domestic politics, with Lydon being a switched on opinionated man, I have no hesitation in asking him what he makes of the UK and USA’s most pressing political situations.

“For me it’s the first time I could actually vote. I became a citizen a couple years ago. I was given no choice at all; it’s the lesser of two evils here. One of them a bitter twisted old business man like they all are. Another is someone you can barely trust and certainly unlikeable. But which one would you trust with their finger on a nuclear trigger?"

As to the extent President-elect Trump can shake things up Lydon argues: “He won’t be able to inflict much. He doesn’t have campaign strategy or policies to contribute to the nation. He’ll create a deadlock situation that Obama was forced into. The other side will always say no. It doesn’t matter how many yes’ you’ve got, they’ve got as many no’s - that’s the great tragedy of American politics. A two-party divide and it’s 50 vs 50; you can’t create anything, and you can’t get anything done with it."

“The problem for me is there’s an unwillingness to change the political format. I don’t like politicians as usual, but I think replacing a politician with a businessman is definitely a move in the wrong direction. People have to change ancient laws, and have to rewrite the constitution because it’s not valid to the present population.”

Despite his reservations and ability to digest the larger superstructure and power of the state as opposed to the puppet, there’s certainly an underlying nerviness at the back of his mind that extends back to what he was saying about the man having his finger on the nuclear trigger. “He’s a man incapable of research, he has no forethoughts, it’s mostly hindsight and impulsive and that’s really risky. He’s someone who doesn’t have the capacity to internalise or intellectualise.”

I turn to reflect on the UK and ask if he thinks we should back out of the forthcoming triggering of Article 50. “Look, the whole EU market and the way they treated Britain pissed me off. You can’t be controlled or ordered to do things by anonymous people from afar who have no accountability; that’s insane, and that’s losing your very soul. In a weird way, exiting the EU is a bit like me exiting the major record labels; they weren’t doing me any favours, they were constantly getting me in debt and holding me responsible for things I had no say in and not supporting me. Well hello, does that not sound familiar?"

Lydon is currently without a label and on his most stable run with PiL, making his third album with the same line up, “This is historical for me, ” he quips.

The band will be in the Cotswolds to record where there is “nothing to disturb you but sheep. There’s no pub for miles, there’s no excuse. You can concentrate on each other. Out of those moments, it turns into excellent songs.”

He’ll also be exploring the lesser known parts of England on tour this November. “I can’t wait to go to Leamington Spa, I've never been there. I looked it up on the Internet and it’s got all these nice Tudor cottages in the centre, I love it - give me loads of that!” Evidently, there’s a soft spot for England left in this new American citizen. The intimate gig circuit is also going to be a thrill for him as he’ll connect “up close, noticing what’s in everybody’s eyes.”

“There’s a willingness to communicate with me. I love it and I can’t ever let those kind of people down. They’re as valuable to me as my parents were. You’re only given a gift once, and if you turn it into a selfish fiasco you don’t deserve nothing.”

The Album and Metal Box Super Deluxe box set are available for pre-order now via Universal. PiL are on tour in the UK & Europe through November. For dates, tickets, and more information, visit the band's official website.