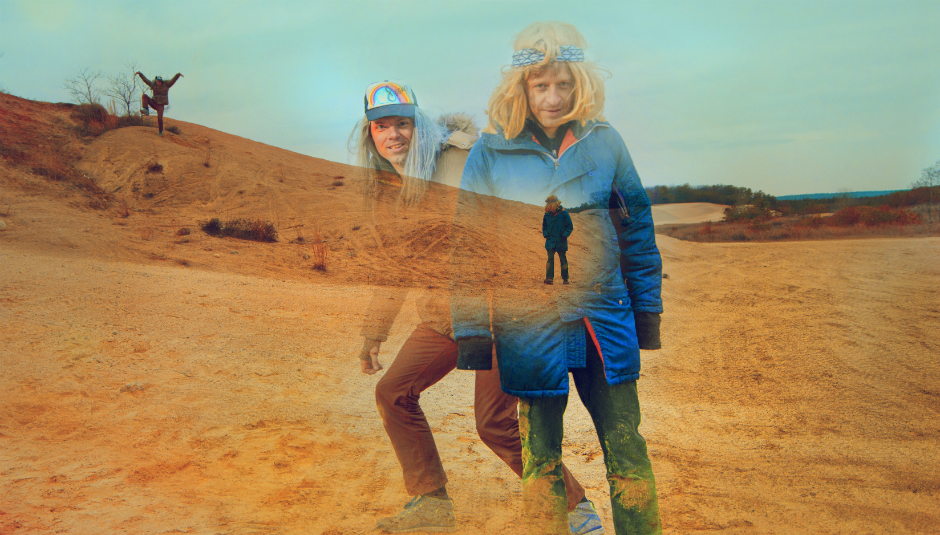 “We invented this weird language of what we thought was cool”: DiS Meets Lightning Bolt

“We invented this weird language of what we thought was cool”: DiS Meets Lightning Bolt

As Lightning Bolt, the drum and bass duo of Brian Chippendale and Brian Gibson have enamored themselves to cult folklore with their unique take on noise, jazz, punk-rock. Or whatever it is they do. Formed over 20 years ago, they’ve released seven LPs, crafting out a style indifferent to what’s going on around them and earning themselves a following of ardent devotees. Catching up with drummer Brian Chippendale before their cochlea-crushing performance inside Berlin’s cavernous Berghain, we find the band in fine form riding on the success of their latest LP, Fantasy Empire. Chippendale is a beast of man. It’s a kind of physique that only comes from beating the shit out of a drum kit for over two decades. Those who’ve witnessed this physicality will know what I mean. Despite his burly appearance, Chippendale is extremely affable and still as enthusiastic about Lightning Bolt as ever, as we discuss the band’s coded language, symbolism and sound.

With album titles such as Hypermagic Mountain and Oblivion Hunter, featuring sleeves depicting hyper-realistic worlds, the band are very much existing in a fantastical realm of their own, one that attempts to eschew reality. “We’re both visual artists, and as visual artists you tend to spend a lot of time in your own head,” Chippendale explains. “The town we live in, Providence, is a small cheap town, and there’s not a ton of culture – so it lends itself to you developing your own. For example, no-one in town knew what was cool, so we just invented this weird language of what we thought was cool.”

In other interviews, the band often refers to the use of language as an important medium. As a two-piece, they have restricted their means of communicating to their audience, but its still an important aspect of their act. “We didn’t start a band to defy genres. We just started because I was a drummer and he [Brian Gibson] was a bass player, then we developed a way in which we could communicate with each other with those instruments,” Chippendale describes. “Any artist develops the way that they create, in a way that any language develops through vocabulary. That’s what sets you apart, and if you’re not doing that, then you’re copying someone else. There are a lot of bands in the world that are credited as being unique, which to me are just glorified cover bands. We just try to be true to ourselves and be true to our instruments.”

Chippendale, as well as providing the tectonic drumming and other-wordly vocals, is also responsible for the band’s artwork. Up until now their sleeves have been a mixed-omelet of colours, yet the work for Fantasy Empire is more subdued. “When we put an album out, I’ll do what I’m doing at that moment,” he laments. “It was a bit of a struggle to come to this new place, but then I came to this idea of taking this more two-tone approach with Fantasy Empire.” Fantasy Empire just so happened to be their first album conceived in a real studio and the sound difference is telling. It provides a clarity to the madness, making them sound tighter and more cohesive, which was somewhat missing in previous records, which is sort of ironic as the music’s colour unfolds, the artwork itself fades away. NPR, when comparing the album’s sound to their previous offerings, wrote: “Listening is akin to the scene in The Wizard Of Oz where a sepia tone gives way to Technicolor.”

Creating their own language, style and direction, the question as to why they haven’t created a more manifold, artistic approach to live performance still remains. “We have thought about that,” he answers, “but the biggest thing for us is limitations, it always comes down to scheduling and the fact that we have a van that’s only so big for shows. On a basic level, Lightning Bolt is built on raw, basic principles and if we start to embrace too much extravaganza, the music would get lost.”

Fantasy Empire is Lightning Bolt at its best. They’re playing their biggest shows and their new LP is more cohesive, making them sound tighter than ever. “We’ve always been pretty tight,” Chippendale remarks, “but the new recording style lends itself to the listener.” Even though both members are pleased with the results, it could be a longer wait before anyone hears new material. Other artistic commitments are keeping each member away from the studio, especially with bass player Brian Gibson about to release a new video game, Thumper; a “rhythm violence” game involving a flying space beetle – an otherworldly concept, that expands the notions that convey the fantastical empire of Lightning Bolt. The empire is striking back, in more impossible ways we could imagine. And that’s why we keep coming back.

An Evening With The Divine Comedy