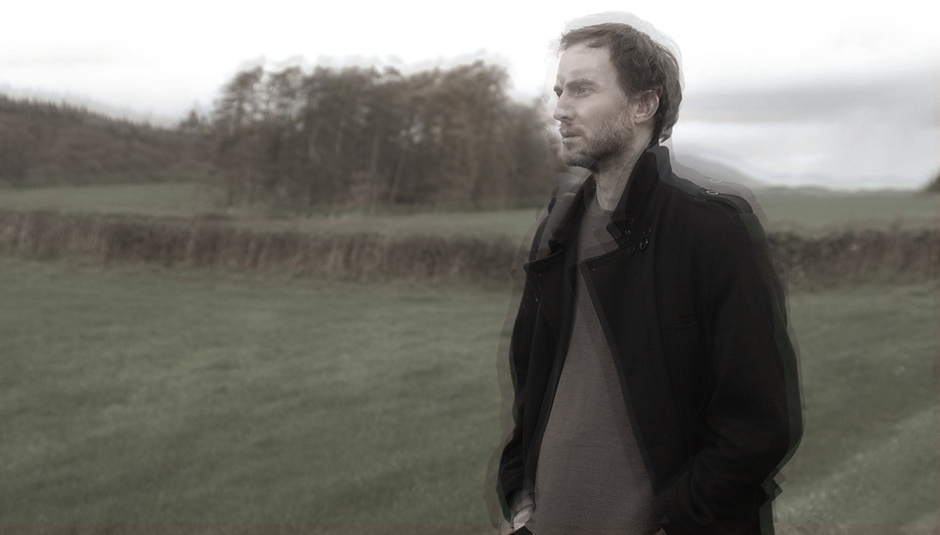 This month, Articulate Silences column, kicks off with an interview with ambient/modern classical master Richard Skelton. With Belated Movements for an Unsanctioned Exhumation, August 1st 1984, his second release under the moniker The Inward Circles, set to be released in the near future, DiS took the opportunity to speak to Richard about his fascination with nature and unique approach to his craft…

DiS: Hi Richard. First of all could you perhaps explain a little about how the new The Inward Circles album came into being? It’s a darker piece of work than a lot of your previous albums…

Richard Skelton: In the past few years I've been drawn to subterranean themes: palynology, pedology, archaeology, and the music has therefore become more earthen, abrasive, weather-beaten. The first evidence of this was probably the track 'Relics', from the 2013 *AR record Succession, which was concerned with the ghost-forests of upland Cumbria, remaindered in pollen drifts buried deep beneath the lakes and tarns.

DiS: I know words are important to you too. What’s the meaning behind the title for this new release?

Belated Movements… is a reference to the Lindow Man, a 'bog body' discovered in Cheshire in 1984, and the subject of “overkill”. He was hanged, had his throat cut and was hit on the head; a threefold death. We will never know the reasons for such a violent death, but one of the theories forwarded is that of a ritual offering, a polytheistic sacrifice. The skeletons of bog bodies dissolve from within, due to the action of acidic peat-water. The weight of soil accumulated above compresses them, their skin colour is darkened. It's an infinitely slow, crushing embrace with the earth.

DiS: One of the things you’re exploring on this new album is the impact of environmental degradation and weathering, most obviously in this case on a violin that you buried and then exhumed.

I began interring and disinterring objects in the soil, or leaving them in woods, fields or ruins, about a decade ago. It must be said that the aim of such actions was not to observe the degradation of the instrument itself. I rarely left the object for more than week. It was simply one of a number of methods that I used in order to dissolve the boundaries between human and non-human agencies. Recently, I was commissioned by AV Festival to produce a piece that responded to the theme of 'extraction', and I decided on a violin burial. The timeframe was longer, however, and it coincided with a period of heavy rain. When I returned and exhumed the instrument, it was – to my surprise – barely recognisable.

Water had prised the joints loose and it came apart in my hands. I commented on my blog that 'extracting sounds from the violin' was like 'interrogating the dead'. Nevertheless, despite some ambivalence I came to appreciate the fact that decay is actually a transformative process. Matter cannot be created or destroyed, but it can change – and the edaphological actions at work within the soil were part of the cycle of life. Bodies are buried in the earth, but they are slowly assimilated into the soil providing nutrients for all manner of organisms; not least plants, which in turn provide us with food and oxygen.

Among other things, I used sounds from the violin in Nimrod is Lost [in Orion and Osyris in the Doggestarre, Skelton’s first album as The Inward Circles] and Belated Movements. It seemed particularly appropriate for the latter album, as the 'Lindow Man' has been removed from the earthly rhythm of life, death and renewal, and is now kept artificially preserved in the British Museum. The music of Belated Movements is therefore a symbolic reinterment; a continuation of the cycle.

DiS: As with examples like this, the landscape has always been a contributor as well as an inspiration for your music. How would you describe this creative relationship with nature?

Landscapes, and particularly the rural environments of northern England, have played a significant part in my life; they contribute no small part to my sense of self. It could be argued that our longest, most enduring relationship is with our surroundings, and yet as a culture we don't have the vocabulary, gestures, ideas or emotions to explore that relationship. Our rationalist mindset won't permit us to engage meaningfully with the non-human or the 'inanimate'. But there are examples of other ways: animist cultures, for example, attribute 'personhood' to the inanimate, acknowledging the presence and importance of the non-human in their lives.

With music, art and writing I'm trying to express something of that extended sense of self, to establish a connection with the 'others' in my life. Paradoxically, I'm also trying to acknowledge their distinctness from me; to express the tenets of non-anthropocentric ecology – their inherent right to exist beyond any purpose or usefulness they might have for me. Music is a powerful tool to communicate this idea, because it too has an inherent 'life', an ineluctable power and presence that is greater than the musician who plays it.

DiS: You’ve released music under a wide variety of names now – from A Broken Consort and Carousell to your own name and The Inward Circles. Do you feel that there are there clear creative divisions between each of these projects?

Yes and no. I don't discuss the particulars, but there is a blurring of edges. I originally intended for each new work to have a new name, because I wanted to explore the idea of creating a self-contained reality with each new recording. But I always work by instinct and it didn't quite work out that way.

DiS: I’ve read interviews with you before where you have debated your own recording approaches in the past – for example, recording outside – and questioned whether you have been a little tactless. How are you doing things now? What advice on this would you have for other would-be musicians interested in exploring nature through their work?

I think it's important to have a good dose of ambivalence about what we do; to question and rethink, if necessary. If we're completely happy, then we're probably doing something that is far too safe. We should allow ourselves risks, and make mistakes. Over the past ten years I've gradually come to perceive the inherent selfishness of most of our actions. Of course, it could be argued that most species on the planet behave in the same way – the survival instinct requires it. But much of human activity isn't necessary for survival. Going into a wood and playing music isn't necessary. In fact, it's disruptive to a delicate auditory ecology; the call-and-response of birds, mammals and its other inhabitants. I'm not advocating a ban on going outdoors, but I do wish to be more thoughtful and considerate of how my presence alters the landscape.

As a culture we feel an inherent right to behave as we wish in nature. In Britain we've hunted and made extinct all our native predatory animals – the landscape is our playground, and we think that we own it. Last year my wife and I went camping in a Canadian National Park. There was a cacophony of animal sounds at night; insects, birds, mammals, amphibians. It made me think that British forests are barren – but it mustn’t have always been so. I also remember the fear that I felt in the Canadian 'wilderness': a fear of bears, wild cats and wolves, and a fear of vastness. Fear is a useful emotion, I think. It teaches respect.

Amongst the highlight new releases since the start of the year is the long awaited new album from Ô Paon (Geneviève Castrée), unforgivably overlooked in the last edition of this column. Castrée’s style, somewhere between Grouper and Mount Eerie (aka. Phil Elverum, Castrée’s husband), is rendered particularly distinctive by her gorgeous Quebecois French vocals, which perfectly suit the wintry atmosphere of her work. Fleuve captures the duality of an isolated winter setting perfectly. Whilst there are moments of sublime beauty here, there is also a steadily encroaching darkness that takes hold as the album progresses.

Half-Lives, Aidan Baker’s latest effort for the ever reliable Gizeh Records, sees the Nadja man focusing on the differing tonal possibilities of acoustic and electric guitar over two separate discs. Both are accomplished exercises in taut ambient guitar experimentation. A similarly dextrous display is provided by media theorist Bill Seaman on f (noir), a new release from the superb Eilean Records. Blending soft and gentle jazz with gorgeous ambient washes and occasional bursts of gloomy drone, this is one of the most listenable releases of the year thus far.

Equally accessible is El Reino Invisible, the new Kompakt-released album by Argentinian techno artist Leandro Fresco. As part of Wolfgang Voigt’s label’s “pop ambient” series, this is far more restrained than the style for which Fresco has largely made his name. It’s a journey directed by waves of glorious ambient sound, with Fresco drawing from across a broad palate of seasonal colours to paint a wonderfully dreamlike landscape of sounds. Equally dreamlike, in a different way, is Still, the latest release on Tench Records from the label’s curator, Baltimore native M. Ostermeier. Skeletal piano dominates the narrative, but there’s more going on here, with subtle tonal shifts seeping through the gaps in the album’s fragile spine.

There will be more from the Articulate Silences column next month. You can read previous columns here and you'll find Benjamin on Twitter here.