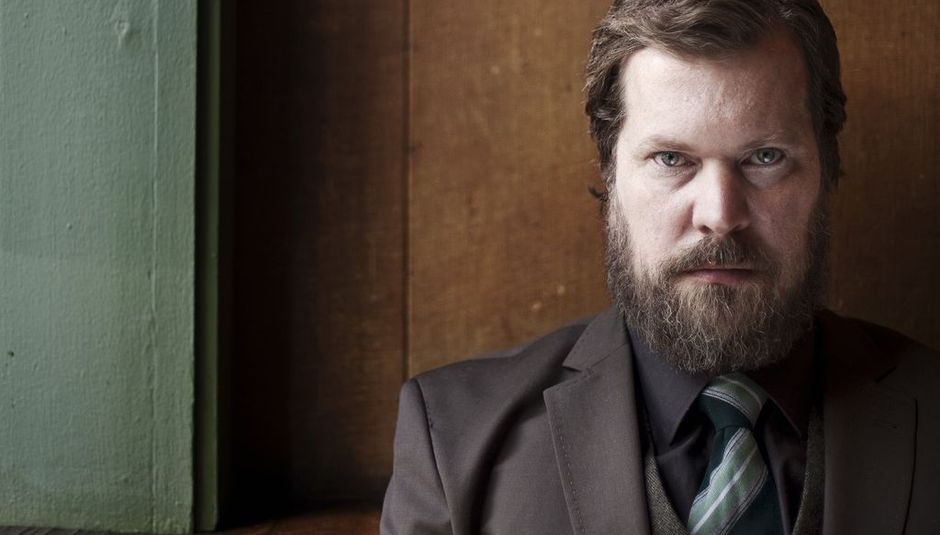 John Grant on Timberlake, Bruno Mars and his BRITs 2014 nomination

John Grant on Timberlake, Bruno Mars and his BRITs 2014 nomination

It’s fair to say that when scanning the list of BRITS nominations, one category and one particular entrant in that category stands out. Amongst the arena-packing, chart-topping stars including Bruno Mars and Justin Timberlake that vie for the International Male Solo Artist award, sits the quietly spoken and increasingly acclaimed John Grant.

DiS caught up with John to understand what he makes of the nomination, his competitors, and the impact of his continued success in general. Oh, and his desire to branch out into horror movies...

DiS: How has the reaction been to the BRITs nomination been? It’s fair to say you’re a bit of an anomaly in a group that includes Eminem, Justin Timberlake, and Drake, but it seems like the reaction to the news has been positive?

John Grant: The reaction for me is all positive. I don’t know how other people feel about it, but…who gives a shit! [laughs]. I just feel really honoured; it’s very humbling as those guys are all very talented and are all big players. For them to put me in that category it gives me quite a boost, you know?

Absolutely. You’ve had mounting critical acclaim with the solo releases, and featured strongly in a number of the ‘best of’ lists for 2013 – what kind of impact is the increasing recognition and success having for you?

It’s great! Of course on a personal level you add pressure to yourself, or you feel there is more perceived pressure on you; people start asking when your next album is coming out before you’ve even finished touring the album that you’re on. So the pressure mounts, but that’s just a mental thing that you have to deal with. It’s not really real of course. I also think the pressure doesn’t have to be a negative thing, you can channel that into being inspired to continue to just do your best, work at it, and become better at what you do. And I quickly throw into the trash this idea that you have to be somebody else; all you have to do is to continue to be yourself. I suppose there is more expectation, people are wondering what you’re going to do next…but these are all great problems to have, if they can even be called problems. And being recognised like this, it often opens up doors to collaborate with people.

Are people getting in touch more now?

It’s been a huge deal: Sinéad O’Connor, Elton John, Alison Goldfrapp, those are all people that are at the top of my list…and they don’t disappoint which is amazing, as I’ve heard stories you know? It’s nice to meet people that you admire, and…well, you only expect people to be human anyway! I haven’t been disappointed.

I guess that’s always the concern, that you could end up being disappointed.

Yeah, and in these three particular cases I’ve been more inspired than ever, and that’s a huge thing for me.

Thinking of the other artists up for the International Male artist BRIT, had you admired any particular aspects of their work prior to the nomination? Here at DiS a good pop tune often gets a strong reception!

That doesn’t tend to be the music that I gravitate towards, but I enjoy JT as a performer; he seems to be developing into a pretty good actor. I think he’s talented, and also seems like a genuinely likeable guy to me, like someone who would be nice to be friends with. And Bruno Mars has an amazing voice…one of those voices that I could tend to be jealous of, but usually what I tend to do there is use that as inspiration to continually develop my voice, whilst continuing to be myself, because ultimately what you do is what people want – otherwise you wouldn’t be where you are.

Touching on JT’s move into acting, is that something you’ve considered, or a door that could potentially be opened now?

I would love to do that. I would love to do maybe a horror movie, or some dark comedy, as that’s what I love. I have secret dreams of acting – I acted when I was in school, and got a lot of encouragement from my instructor back then – she wouldn’t have discouraged me from continuing on if that’s what I’d wanted to do! She thought I might have had a shot at it. So it’s sort of something that I’ve dreamed about when I’m by myself.

An aspect of the BRITs this year that they’re keen to highlight is how they’re moving with the times in introducing a ‘social vote’ for best British video. As someone who is quite open and engaged on social media, what are your thoughts on its increased prominence and ability to connect people?

It’s a multifaceted issue. I really like all the technology; I really am a sucker for all that stuff. I gravitate towards it, but recently decided I would start leaving my computer and phone out of my bedroom at night, as it really affects my sleep – I will sometimes spend too much time on Facebook, as I enjoy interacting with people. In fact, I think that’s one of the most incredible things about doing what [artists/performers] do, that interaction, and now we’re able to easily hear how people feel, and how they’ve been affected by your music.

It is much more difficult now for me to respond to everyone – I’ve always tried to respond to everyone, but I can’t do that now, it’s just not possible. But I’ll still try and pick a few things that I think need to be responded to – people tell me their stories and it’s inspiring to hear what’s going on in people’s lives and to find out that what you’re doing resonates with them. That said, I have to scale back right now as there’s a point where you’re working on new stuff, and you have your private life, and you can just get too busy in your head trying to respond to everybody. Right now I’m not on Facebook or Twitter that much, but it comes in phases.

In addition to working on new material, John Grant has also been busy contributing to the reissue of Elton John’s ‘Goodbye Yellow Brick Road’. Keep your eyes open over the next few weeks as DiS will be getting the inside track on how that collaboration came about, and the significant influence Elton’s music has had on John’s musical style...

The BRIT Awards 2014 will be held at The O2 in London on Wednesday 19th February and will be broadcast live on ITV. 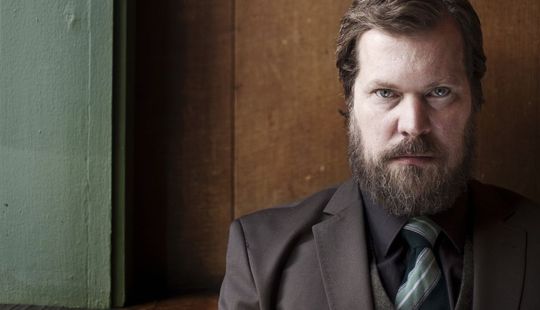