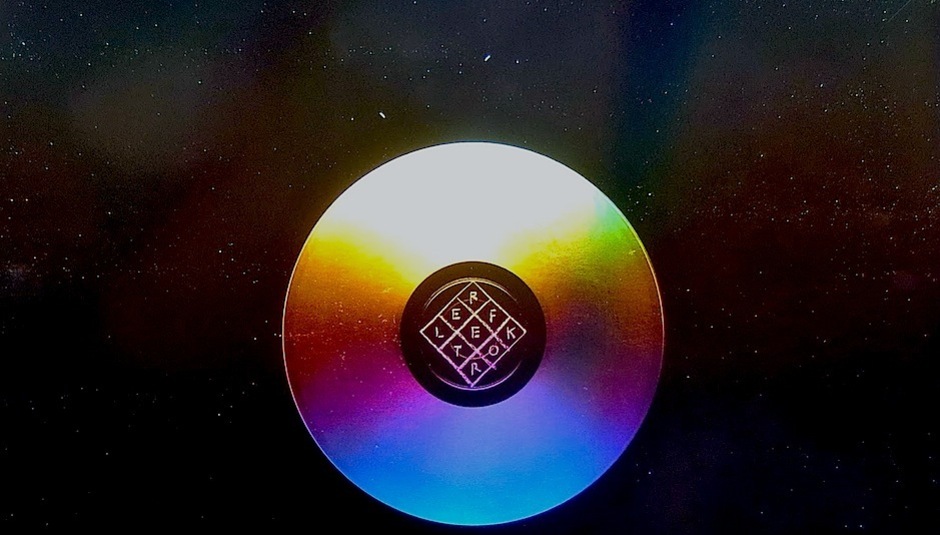 Three albums into their career, and Arcade Fire were on top of the world. They captivated the musical hardcore and internet-savvy with their majestic debut album Funeral, cast their net wider on Neon Bible, and crashed the mainstream with 2010’s The Suburbs. Anyone left asking ‘Who The Fuck Is R K Fire??’ after the 2011 Grammy Awards suddenly looked like a bit of an idiot. The possibilities seemed endless - whatever they decided to do for a fourth LP, it was looking to be a Win-win situation. And whilst for many fans, the James Murphy-produced double album Reflektor has delivered upon that promise, the reaction has been slightly more mixed than usual. Criticisms of the record have varied, but one phrase in particular has recurred: it’s just too damn long. So, how long is too long?

The runtime for Reflektor clocks in at an admittedly lengthy 75 minutes, but as disgruntled reviewers have noted, this includes five minutes of ambient tape flickering at the end of closer ‘Supersymmetry’. At effectively 70 minutes, Reflektor is actually only five minutes longer than Arcade Fire’s last effort The Suburbs - hardly a short record, but not one particularly criticised for its length.

Is there, then, a definite maximum length for an album to be - somewhere between that 64 and 69 minute mark? Or is it a case of attention spans? The longer tracks on Reflektor are fluid, ebbing and flowing - hooks swim in and out of the groove as the songs gear up and wind down, but they take a few listens to sink in. Thanks to the internet, the majority of new music is a few clicks away to anyone who seeks it out, and snap judgements are easily made - is one underwhelming listen enough to deem an album worthy of only a particular amount of our time? Much has been made on the Drowned In Sound message boards of the label’s choice to host listening parties as reviewing opportunities, expecting journalists to produce decisive write-ups of Reflektor after just one play through. The condemnation then perhaps lies not in the actual length of the record, but the content - does it feel too long, do areas of it drag, and does it make you want to listen to it again? Where some see ‘filler’ tracks, others see an immersive atmosphere, songs that flesh out an album’s world rather than defining it.

Perhaps the answer to why the album might be deemed ‘too long’ lies in the arbitrary genre classifications we impose upon music. Not only is Reflektor only marginally longer than The Suburbs, it’s only a few minutes longer than LCD Soundsystem’s final album This Is Happening - again, a record that raised few qualms regarding its runtime. Though Reflektor provides somewhat of a bridging point between the two acts due to James Murphy’s involvement, Arcade Fire and LCD Soundsystem are different prospects, the former traditionally an ‘indie-rock’ band, the latter predominantly a ‘dance’ act. With LCD Soundsystem, lengthy tracks are partly what you expect - it’s all about the build-up and the pay-off, the mounting rhythms that begin with a simple click before towering into monoliths of percussive perfection. It’s music that rewards patience. Traditionally, rock is the opposite - it’s all about the punchy three-minute single. Get in, get to the chorus, get out. But here again is where the criticisms of Reflektor’s length seem strange - many of the tracks surpass five minutes, but those that do are the most LCD of the bunch, the danciest, grooviest cuts. The more straight-forward rockers (‘Normal Person’ and ‘You Already Know’) clock in at a respectable four minutes. In the dialogue surrounding the album’s release, Arcade Fire are still deemed to be a rock act, though their music may no longer refle(k)t that - will they forever be locked in to expectations of producing albums that don’t top 60 minutes, regardless of the music it contains?

It’s not just ‘rock’ bands like Arcade Fire who have been accused of releasing an overly long album in 2013. Justin Timberlake’s two-part R&B epic The 20/20 Experience saw each half exceed 70 minutes, again with detractors bemoaning a stretched running time. One fan even created a semi-joking ‘NO BULLSHIT’ edition to remove all the “unnecessary crap”. Like rock music, commercial RnB has its roots in pop singles, three minute hits, something The 20/20 Experience is decidedly lacking… Timberlake’s 140-minute double behemoth contains some truly dodgy lyrics throughout its runtime, the question of a problematic length seems arbitrary - like Reflektor it still has all of the hooks that you expect, but as part of a larger work which asks the audience to sit back and enjoy the way the music pulls together and drifts apart.

But then, what about My Beautiful Dark Twisted Fantasy? Widely lauded, especially on the DiS boards, as one of the greatest albums of recent years, Kanye’s monster comes to a hefty 68 minutes. Why is a long hip-hop album more acceptable than a long R&B record? After all, the genres are closely related. Maybe it’s all a question of ego - a common criticism of long albums it that it signifies a recording artist reaching the point of no return on their journey up their own rectum. Kanye’s fascination with himself reached all new levels on MBDTF, a self-conscious celebration and deconstruction of his erratic celebrity persona. In a genre which centres on the need to proclaim yourself the world’s greatest, an album such as Kanye’s makes sense - a supreme egotist pouring his narcissism into a wonderfully OTT masterpiece. But rock egotists become figures easy to hate: just look at Bono and Morrissey. Maybe the issues with Reflektor, with lyrics regarding the difficulties of fame and lack of physical connection in an increasingly digital world, stem from an increasing distance between Win Butler and his loyal following.

Then there’s the fact that Reflektor is that hallowed/dreaded thing that whips some fans into feverish anticipation and sets others recoiling in horror: a double album. The thing is, nobody goes for the double accidentally, unless you’re The Feeling. In the past double albums were a necessity for longer physical releases - there are only so many tracks you can fit on two sides of a 12” record. In the digital age, it’s the concept of the double that’s remained - it’s a statement of intent as much as a release format, the band or artist declaring: we have created a new body of work so sprawling that it simply couldn’t be contained as a single album. Arcade Fire’s intention in creating a double album covers both of these reasons. “It made more sense to stretch it out to two records with two distinct sides,” explained Win to Zane Lowe in his Radio 1 interview. “It's more of a classic double LP vibe where you have to flip the side and it takes you to a different place."

Although often seen as a poisoned chalice, double albums can bring out the best or worst in an artist often at once - after all, one man’s magnum opus may be another’s overcooked mess. Painting on a larger canvas offers opportunities for further exploration and experimentation, more individual components creating a cohesive whole. Fleetwood Mac fans rightly laud 1979’s Tusk as one of their greatest works, one that accentuates all of the band’s writing styles - the Stevie Nicks tracks are more Steve Nicks than ever, and Lindsey Buckingham’s are twitchier and more coke-addled than on Rumours, singling out Christine McVie’s outwardly pop sensibilities even further. As an album it perfectly captures the essence and range of who Fleetwood Mac are. The double album format allows for such risks, any unusual excursions cushioned by more conventional material. Reflektor makes the most of this. It alters your preconceptions of how an Arcade Fire album ‘should’ sound, with dub-inflected tracks (‘Flashbulb Eyes’), carnival vibes (‘Here Comes The Night Time’) and disco basslines (‘We Exist’), but it still retains their trademark sing-alongs too (‘Awful Sound (Oh Eurydice)’). Perhaps a sign of the best double albums is a lack of concensus over which are the best tracks, the surprise successes and the noble failures - it all depends on your personal opinion of the band in question.

It seems that the modern double album is more aimed at the hardcore music fan, someone who is willing to sit and listen to the record the artist truly intended to make, regardless of how long and self-indulgent it may be. With Spotify and mp3 downloads, audiences can now pick and choose which individual songs they want to buy. Despite being marketed and hyped as a double-disc set, Biffy Clyro’s latest album Opposites was released as a ‘standard edition’ with 14 tracks on one CD, with the full double album experience labelled as a ‘Deluxe Edition’. If a band as well-respected as Arcade Fire can’t release a double album where each disc comes in at an easily digestible 35 minutes, maybe it’s a release format that no longer holds the value it once did.

At the risk of this becoming longer than Reflektor itself, lets wrap this up: there are issues that can come alongside double albums, or releases of a significant length. From interviews with Arcade Fire, it seems they made the exact album they wanted to. You might accuse Reflektor of being dull, lacking enough ideas or being self-indulgent and egotistical, though I wouldn’t agree with you myself. But too long? I’m not even sure there’s such a thing.

DiScuss this article on the DiS Music Forum.