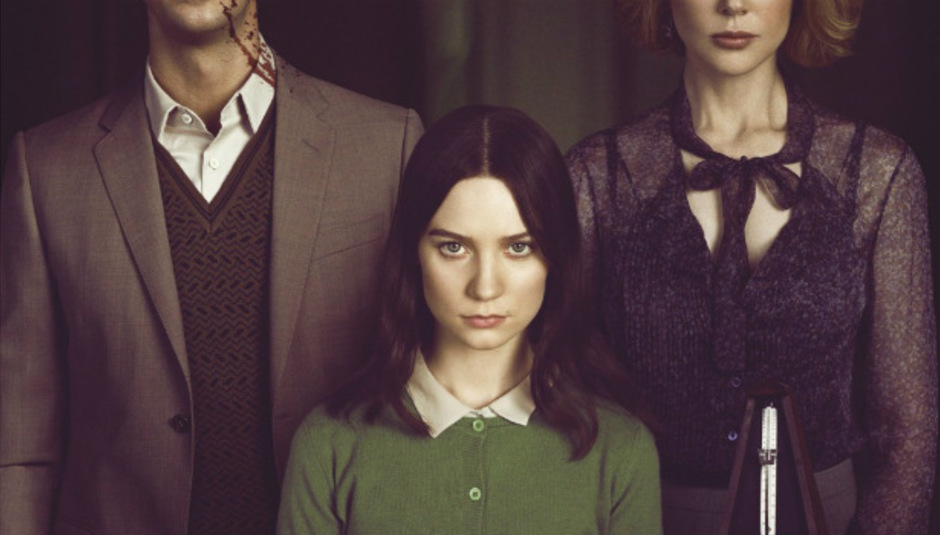 So awards season has come and gone for another year, culminating in Adele winning at Oscar. (I am biased, but those lights tho?) And Jennifer Lawrence winning whatever Adele left over, between doing what I guarantee we would all do if our name was called as Best Actress and being hit on by Jack Nicholson. Obviously the most important thing of all was that the Academy listened to me after all and awarded Ben Affleck the Best Beard In Cinema Oscar. Or something.

The downside of awards season is that all the films in contention tend to have been released by the middle of February, leading to a lull before Easter kicks off blockbuster season. This time around they'd pretty much all been released by the first week of January, giving rise to what can only be described as a barren wasteland of cinematic guffery. Fortunately things are finally starting to pick up on the good movie front, with two excellent films trundling across the radar recently. Both are dedicated to uncovering the fairly disgusting underbelly of the picturesque, camera-friendly sights on the surface of small-town America. One is arguably a (very) early contender for next year's awards season; the other, while equally as intelligent, will almost certainly be winning all awards going for Most Ickily Sexy Gruesome Scene Of The Year. Possibly of all time. Let's start with that one shall we?

Stoker came out at the beginning of March, making a strong case for being the most twisted 'hero' origin story you are ever going to see. Ever. Does Kick-Ass encourage you to root for its young woman protagonist's 'coming of age' by basically getting you to 'ship' her and her might-be-a-murderer-oh-let's-face-it-he-almost-certainly-is uncle? No. No it does not. None of this is helped at all by the fact said uncle is played by Matthew Goode, who looks nothing at all like a stereotypically creepy uncle and, well, I mean, there's piercing eyes and he's really tall and stuff...

Young India Stoker (Mia Wasikowska) is helping her mother (Nicole Kidman) bury her father (Dermot Mulroney). But hark! Who is that loitering in the background? Why, it is India's Uncle Charlie (Goode), back after all his time away on business in Europe! India has never met her uncle. He's called Uncle Charlie, which might as well be a neon signpost for Creepy As Fuck, so there's probably a good reason India has never met him. Naturally, she discovers some of her uncle's less savoury personality traits; but instead of running for the hills, she finds herself intrigued. It's fancying the bad boy gone batshit, basically.

If you're familiar with any of director Park Chan-Wook's earlier work, and particularly Oldboy, much of his unique take on the themes of revenge and cyclical violence will already feel familiar. In Stoker however, it's much more restrained and insidious; its gothic fairytale stylings, borrowing more than a little from Hitchcock's top tips for ratcheting up tension, allow the film to rely more heavily on the power of implication than perhaps any of his earlier work. With the exception of the aforementioned scene which, without giving too much away, fully sounds the BBFC oh-dear-God-we-can-barely-cope-with-one-thing-never-mind-both-together Sexualised Violence klaxon. It is definitely not a film for weak stomachs; mind you, I survived and I've been known to find bits of Spider-Man 2 'a bit much', so I'm sure you too can cope.

For such a potentially fantastical film, Stoker is prevented from flying away completely thanks to the sheer weight of its three central performances. Kidman's role as Evelyn, caught between India and Charlie's games, could so easily descend into full-on melodrama but never does. All she needs to do is deliver a monologue to pack possibly the biggest punch of the entire film. Goode, appearing almost too young to be any kind of uncle never mind a world-wise one, veers between mentor, seasoned seduction artist and vicious psychopath almost on the flick of a switch; it's a ludicrously complex and nuanced performance.

Really, though, the film belongs to Wasikowska. As an initially bog-standard 'young woman coming of age' role, it'd be easy for any actress to be swallowed up whole by her two co-stars, or by the plot itself once the character begins twisting into something altogether much darker. The fact she assuredly carries a film based, in no small part, on her character's reactions to a frankly insane situation is no small testament to her skill. It takes a huge amount of nous to make this kind of character plausible; by the film's ending, where its 'origin' tack becomes fully apparent (along with the inevitable door opening for a potential sequel), it's thanks to Wasikowska that it doesn't feel completely barking. Although it is still quite barking. But that's a lot of the fun of Stoker.

The Place Beyond The Pines, on the other hand, probably wouldn't be immediately described as 'fun', being brooding and über-realistic and A Proper Seriousface Film. You would expect little else from director Derek Cianfrance, given his previous helming of Blue Valentine. It is, however, very very good and easily worthy of the hype surrounding it. Ostensibly about what happens when a crime goes wrong, the initial promo material has painted it as a bit 'Drive on motorbikes'. Do not go in expecting Drive on motorbikes, because you will not get that. Nor iconic jackets with scorpions on them. What piece of recognisable imagery will Ryan Gosling be adorning his award-winning person with this time? Er, some tattoos. On his face. Oh.

Luke (Gosling) is a carnival stunt motorcyclist travelling through Schenectady, New York. Upon discovering that his last visit's 'entertainment' resulted in a baby son with Romina (Eva Mendes), he immediately resolves to do whatever he can for his new family. Unfortunately, unlike romantic cinema-driven notions of the mysterious masculine outsider, Luke has a specific skill set that lends itself too little to conventional jobs, and a bit too well to more nefarious means of making money. Ultimately Luke's attempts to provide for his family pit him against Avery (Bradley Cooper), a rookie cop trying to navigate his way through a department stuffed with corruption and Ray Liotta, in a meeting that comes to define both men's lives.

The driving theme of The Place Beyond The Pines is the relationship between fathers and sons. Spanning some 15 years, the film is set as a triptych, exploring how those relationships make men what they are, how they can be derailed and, in the end, how they can be put back together. Luke's good intentions and relative naivety are quickly dispatched of Robin (Ben Mendelshon), his adopted father figure who sees an opportunity and takes advantage. Avery's relationship with father Al (Harris Yulin), meanwhile, is defined by the kind of solid fatherhood Luke never experienced, but with a whole weight of parental ambition heaped upon it; ambition that turns Avery's life in a different direction again when he finds himself in too deep at work. Somehow this still ends up paling in comparison to the mayhem wreaked years later when Jason (Dane DeHaan) and AJ (Emory Cohen), both with apparently less than satisfactory fathers, are forced to confront the past as a result of their bond with each other.

For all this emphasis on multi-generational male bonding, however, it's Eva Mendes as baby-momma Romina who provides the film's heart. Mendes has been making some surprisingly left-field choices of late, what with letting herself be kidnapped by a man named Monsieur Merde in Holy Motors and all that. Here she turns in a surprisingly assured and often remarkable performance, more than holding her own against the likes of Cooper and Gosling as an anchor for the chaos both those characters find themselves swimming in.

Naturally, that's not to say either Gosling or Cooper shirk their co-leading man duties. Gosling is as reliably excellent as ever as loose-tempered but good-hearted firecracker Luke, led a little too easily by those around him and his own emotions. Luke provides most of the film's few laughs, such as when he dances with a dog (yes, really); but he's also, one way or another, responsible for its few explosions of violence, too. Yet somehow, Cooper ends up turning in the film's most interesting performance as 'good guy' Avery, a role that could easily have been a melodramatic mess, had Cooper not elected to play him as a tightly contained and reserved bundle. Where Luke is all fire, Avery is still water, save for one crucial moment where the two are reversed; much of the film's ultimate wallop comes from watching Avery, and Cooper, slowly unspool. It takes a certain kind of actorly confidence to lead a film by choosing to stand back and not get in the way; Cooper's decision to do just that makes Avery's final denouement all the more wrenching. It's the kind of performance that makes you hope beyond hope that Hangover 4 never happens.

So, 2013 has been slightly lacking on the number of good films so far. But when you get two films as great - and probably divisive - as Stoker and The Place Beyond The Pines, it all feels worthwhile. Until we all end up getting dragged along to G.I. Joe: Retaliation by whichever one of our relatives wants to torture us. We all know it's going to happen, let's just make our peace, download Rian Johnson's Looper commentary and pretend we're watching that instead.

Finally: it's not, strictly speaking, a feature film, but in keeping with the 'rural Americana is a seriously grim and fucked-up place' theme of both Stoker and The Place Beyond The Pines, the Megaforce-directed video for 'Sacrilege' by Yeah Yeah Yeahs is an absolutely brilliant piece of filmmaking. I did see it for the first time in a cinema, so I'm choosing to make it count. Lily Cole as a modern-day 'witch' - for which read 'has sexytime with everyone' - and winds up burned at the stake, in a short paying more than a passing nod to Irréversible. What is not genius about this?!

As we're now finally - FINALLY - seeing the first signs of spring, summer blockbuster season is almost upon us. Which utterly daft and obscenely high-budgeted popcorn flicks are you looking forward to? Or will you just give up, listen to M83's Oblivion soundtrack, complete with Anthony Gonzalez and Susanne Sundfør's gloriously daft (and ace) sci-fi mega-epic theme song, and chalk that up as a win for summer cinema?