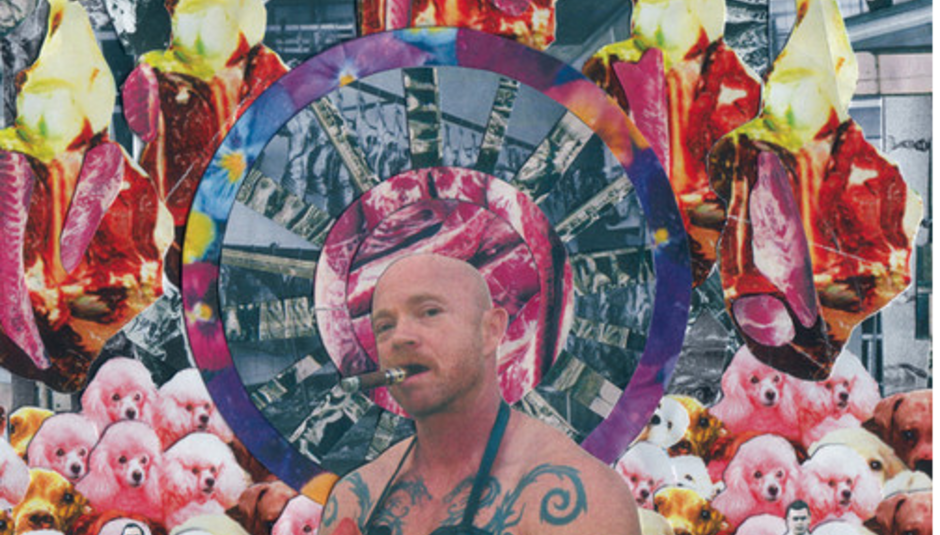 Lyrics of the Week!

Any single which uses a reference to extinct marine arthropods to demonstrate a point about how nobody remembers your past, failed love affairs, is ALRIGHT WITH ME. See also: "It's like a riot with only two perps" which sounds like a cheat's way of getting out of needing an extra syllable in the line but which is, in fact, a clever way of EE using actual North American slang legitimately. And then there's "I put my fingers in thee," which could well be Mellors to Constance, but I can't find my copy to make sure. I'm not sure Jonathan quite gets away with "nuff genuflecting in a penitent way" - but I can tell you this is a band good enough to provoke a 36 year old woman to spend a whole day making a lyrics booklet for 'ARC' in InDesign, simply so I may learn the whole album, off by heart, and word perfect.

'Nothing Arrived' is about how Conor O'Brien thinks there is no point hanging around, waiting for life to happen to you - it is his Just Do It, the howl of his swoosh. Of course, the new year makes this an especially timely release but it would be good to watch the video at the start of any given week, with its neat little narrative about how Man A, our A.N.Other protagonist, hops from bed to cornershop to office, finding no solace in any of them. Spookily Conor appears to be turning into the Cole Sear he always reminded me of, hunkering and lurking and emoting behind Man A as he goes about his drearies. Then he wins the lottery and doesn't even whoop.

Dead Eyed Disco of the Week!

Factory Floor have made a video in which a supercilious, dead-eyed beauty is used to demonstrate the supercilious, dead-eyed beauty of Factory Floor's wonderfully fuss-free compositions. No flim flam! That is why Factory Floor are so good; there is nothing extraneous about their work. What I especially like is that they sound like the kind of people who would cut you even if there was only you and them left at the party - as socially sharp and merciless as their hi-hats.

Grumps of the Week!

I love Wave Machines, I love 'Punk Spirit' and I love 'I Go I Go I Go' and I think they are underloved in a way that many bands who are not too sheepish to sound fun tend to be. In any case, 'I Hold Loneliness' is more of their calm, melodious and absurdly catchy melancholia, the deliberate dullness of Timothy Bruzon's Eeyore vocals underpinning what is a brilliantly glassy and twitchy bit of electropop. Yes.

Warwick latest puts me in mind of Patrick Watson, Patrick Wolf - all the big idea dudes, who don't adhere to the three-minute, in-and-out rule of single composition. So this is a sprawling, genre-hopping ballad that drifts, eyes wide, until Warwick finally Wails With Ambition about how he's 'Gonna be a flamingo, I'm gonna be a flamingo'. It makes you want to be one too AND it's got Buck Angel on the collaged artwork. POINTS.

Wendy is on the internet, here. What I like about the trailer for EE's 'Arc' is that as the faces of the band morph from one to another, one can almost imagine them as one (perfect) man.

Where Was He Then? David Bowie's Not-...