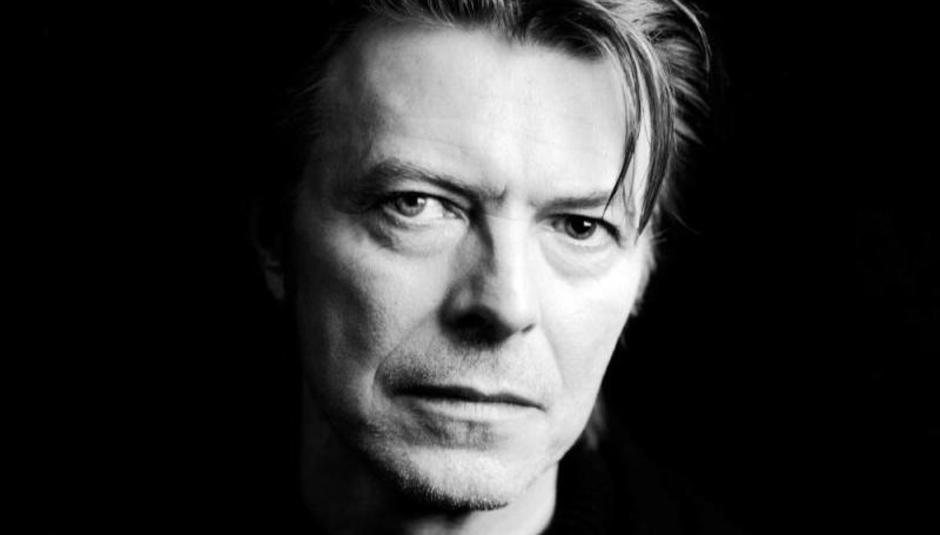 After the seismic brouhaha surrounding the announcement of the new David Bowie album, a large number of people whose lives were hitherto untouched by the Thin White Duke have presumably headed in the direction of his back catalogue. In 2013 this is extremely easy: you download it, stream it, or play the long game and order it off the internet.

Back in the mid-Nineties, trying to look up Bowie’s former glories was more complicated. As I recall – and it makes me a little teary thinking of how much power music journalists have haemorrhaged subsequently – I was pretty much a fan of Bowie off the back of stuff I’d read about him in the press. The reason there was a lot of stuff about Bowie in the press in the Nineties is that between 1991 and 1999, David Bowie put out six albums of original studio material: Tin Machine II (1991), Black Tie White Noise (1993), The Buddha of Suburbia (1994), 1. Outside (1995), Earthling (1997) and ‘Hours…’ (1999). While the reviews were generally pretty mixed, the newsprint around them gave ample opportunity for writers to rhapsodise about his ’71-’80 purple patch, and let me tell you – the idea of Bowie’s back catalogue was fabulously exciting.

Getting hold of it was a bit more complicated – my parents didn’t own any of his music, Radio 1 didn’t play his old stuff, and – mind-bogglingly – his back catalogue was bizarrely difficult to find on CD until a 1999 reissue.

That was okay, really, because by way of compensation, we actually had David Bowie. Alongside those six albums came numerous tours, interviews, telly appearances and an enjoyably questionable series of diversionary wheezes: offering his fans the chance to vote on whether the album was going to be called Earthling or Earthlings! Holding a competition for a member of the public to write the lyrics for ’Hours…’’s ‘What’s Really Happening?’! The two further Brian Eno-collaborations – including the widely trailed 2. Contamination that were supposed to follow 1. Outside, but never did! The faintly bemusing Nat Tate prank! The fiftieth birthday concert where he eschewed almost all his old mates in favour of hanging out with Placebo, Billy Corgan and the Foo Fighters! His dress sense 1995-7!

Between all this, he was everywhere: Wogan; The Big Breakfast; The O-Zone; TFI Friday; being presented a Brit Award by Tony Blair; in 1996 you literally couldn’t step outside the house without him clopping over in his high heels and emo-dad get up to try and flog you a copy of 1. Outside. But I liked having him there. What he did was always at least interesting. And he’d clearly made a conscious decision not to retreat behind former glories and superstar loftiness – he downsized and did his darndest to reinvent himself not musically, but temporally: he was a current act, or a good approximation of one. Okay, he was a current act who played global arena tours off the back of decades-old songs. But he had the air of a fun older friend who was good company and aware that he was expected to get the drinks in.

The current received wisdom is that following the tour for 2002’s Heathen he fell off the map, but the weird thing about Bowie’s ‘lost decade’ is how little of it was lost. For starters he was on tour until the middle of June 2004, when he had his heart attack. After that he stopped making records, but remained prolific on the New York hipster circuit, appearing live with Arcade Fire in 2005, at the Grammys and a charity ball with Alicia Keys in 2006, and he curated – and gave supporting interviews for - an NYC music festival in 2007. A smattering of guest appearances on his mates’ records culminated in his appearance as a backing vocalist on Scarlett Johansson’s 2008 album Anywhere I Lay My Head and it’s only after that that he disappeared from view.

It’s incredibly tedious when people use this sort of terminology about him, but Bowie’s transition to a ‘recluse’ stands as what may be his last great transformation. Piecing new album The Next Day together in secret, boshing out single ‘Where Are We Now?’ without warning, refusing all interviews and letting the internet do the rest has clearly reaped far greater dividends than trudging around the global chat show circuit ever would.

But I miss my mate Dave, the up-for-it middle aged bloke who’d gamely appear at the opening of an envelope if it’d help him push his latest scheme. If Sixties Bowie was a slightly suspect hippie, Seventies Bowie a fabulously unfathomable genius and Eighties Bowie a faintly repellent MTV megastar, Nineties/early Noughties Bowie was a likeable working musician with an under-appreciated catalogue and a formidable work rate. He made some very good records (Buddah, Outside, Heathen, Reality) and he wasn’t precious about trying new things – many of which didn’t work. He was great, but he was a bit crap as well - during the 1. Outside period in particular, he managed to be both very great and very crap.

For now, profligate Dave has been replaced by the lord of less-is-more. I hold out some hope, though: if Bowie’s serious about more albums after this – and Tony Visconti has suggested he is – then he doesn’t have the luxury of being able to take another decade off to build the hype up again. Maybe he’ll inscrutably drip-drip out the last few records of his life without uttering a peep in public, but one suspects that won’t be the case – Bowie has always enjoyed the limelight and if he wants to hold on to that, the man might have to fall to Earth again.