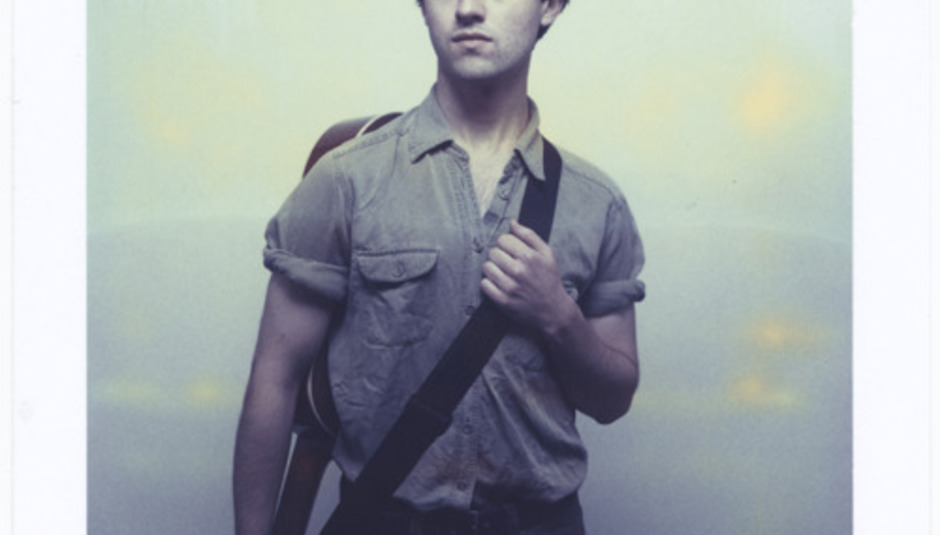 Ahead of the release of his second album, {Awayland}, we chatted to Conor from Villagers about the songwriters that inspire him...

In 2011 you won the Ivor Novello prize for songwriting. Who are your idols when it comes to songwriting? Could you tell us about your favourite song by each writer and your first memories of discovering their music?

My favourite songs by all of these writers probably changes daily, nay, hourly, so the following choices are somewhat arbitrary:

I'll choose something from Blood and Chocolate, since it's still my favourite album of his. 'Home is Anywhere You Hang Your Head' is a good one. It contains the line "And the world has wiped its mouth since then / Or maybe it was yawning", which is pretty cool. The first memories I have of hearing Elvis Costello are picking up a cassette of Punch the Clock in Blackrock Market in Dublin when I was about thirteen. A couple of years later I bought Blood and Chocolate, listened to it over and over again at a friend's party and haven't stopped listening since. It's completely astounding.

I'm just completely obsessed with Ella Fitzgerald Sings the Cole Porter Songbook". For a favourite song, I guess I'll choose 'Miss Otis Regrets (She's Unable to Lunch Today)'. It's so beautifully measured and heartbreaking. I have no memories of my first listens to Cole Porter's songs. I must have heard them a lot when I was a child because they've always felt familiar.

Obvious choice, I know. But there's a reason it's so obvious. Dylan is/was a proper genius. So many songs to choose from but today I'll choose 'Simple Twist of Fate'. I sang it a few nights ago and remembered how good it was. Listening to it now, it's so beautiful. I've had a strange relationship with Dylan's writing in that I just didn't get it until I got to about eighteen or nineteen. Then it was like getting the best birthday present ever - albums upon albums awesome genius and beauty. Blood on the Tracks was my proper introduction, so I still hold that album closest.

I'm aware of this list becoming misogynistic as it trundles along. I'll address this later. I'm a feminist. Randy Newman is a master songwriter. 'God's Song' is my favourite song of his. It imagines a dialogue between the world's religious leaders and 'God'. 'God' comes across like a bit of a dick and it's completely brilliant, thought provoking, vicious and funny. The chord changes are unbelievable. My first memories of Randy Newman are of seeing him on TV accepting some award for his Pixar movie soundtracks, so it took me a while to stumble across his back catalogue. When I did, it was in the form of a live solo album, just him and his piano, which is the best way to hear his music. The albums are a bit over produced for my liking.

I chose these two people because they wrote Floating Into the Night, which is probably my favourite album of all time. My favourite song today is 'Into the Night'. Somebody gave me the album a couple of months ago and I realised that I had heard every single song from Blue Velvet and Twin Peaks. It's the most intense and intimate album I've ever heard and probably will ever hear.

You've said that you find the practice of songwriting a "fluid and primitive process", whereby if the writer thinks about the subject or structure too much, they lose the ability to capture the real essence of what they’re trying to say. Do you think of songwriting as a 'craft' that can be learned or as something that is more of a mystical process?

I think that the best songs involve a mixture of both, and a willingness to experiment with the balance between the two.

Can you remember the first song you wrote? How old were you and who (or what) was it written for?

The first song I ever wrote was a sort of punky poppy 3-chord song called 'Psychic'. I was twelve and I wrote it for my own amusement. The lyrics: "When I'm walking down these streets I feel like a monkey in the Arctic; city-dwellers stare into my eyes / And it makes me wonder if they're possessed with psychic powers like you; not a chance - your mind controls everything / I never feel safe around you - I want to block you out of my mind / I try to refrain from asking "Is it everlasting?" so I just say, just say, just say "Nevermind". I think I'd just heard Nirvana (and prophesized the formation of the Arctic Monkeys).

As well as the musicians you've spoken about, are they any poets or writers that inspire you as a songwriter?

There weren't any female songwriters in your "favourites list". Is there something about the male songwriting voice that resonates with you more closely?

Perhaps, because I am a male, I identify more closely with the words of other male songwriters. I think it would have been a form of positive discrimination if I had added women to the list purely because they are women. If you had asked me for a list of my favourite performers/singers, it would have gone something like this: Nina Simone, Laurie Anderson, Ella Fitzgerald, Bjork, PJ Harvey. Well, maybe Tom Waits would have gotten in there. And Nick Cave. I'm sure there are some deep psychological reasons as to why I see the man as the writer and the woman as the performer, but I don't have the time or the inclination to work it out in this interview.

Leonard Cohen once told Dylan that it took him two years to write the song 'Hallelujah'. What's the longest period of time it's taken for you to write a song and what were the circumstances and hurdles surrounding its inception?

'The Bell' is a song on our new album. I started writing it about ten years ago and played it, in various different guises, in my previous band. We even recorded a demo of it before we split up. It sounds completely different now though. I guess it just needed a longer period of incubation than usual.

Has your songwriting process changed on this album compared to that of your debut?

Yes, making this album was a slightly less academic process, purely because I didn't have as many lyrical scribblings in my notebook to play with. There really was no theme or plan to begin with this time around. The majority of the songs began to take form after months of sonic experimentation and trial and error. I think I tried to let the music lead me, rather than the other way around. I had no idea what I was doing, but I kept working until had something worth singing.

Do you think that songwriting is valued in Ireland in a way that it is not elsewhere? There's something about the cultural traditions of story-telling that make for some of the best writers. Would you agree and how does your Irish heritage inform your songwriting, if at all?

Oh GOD, I honestly never know how to answer this question. Ireland has a very rich cultural heritage, and songwriting is no exception. It was pretty cool growing up hearing Achtung Baby for the first time and then seeing The Edge getting his morning paper in the shops. I remember that. I was ten and my dog had just died.

What do you hope to achieve when writing a song. Is it more about lyrically communicating for you or constructing a sophisticated piece of music?

I think perhaps my main aim is to write something which has an emotional effect on me when I sing it. This is the first port of call. Melodies and textures will always be more important to me than words.

What is it that attracts you to the work of David Lynch and Angelo Badalamenti? Is writing for film something you'd like to do in the future?