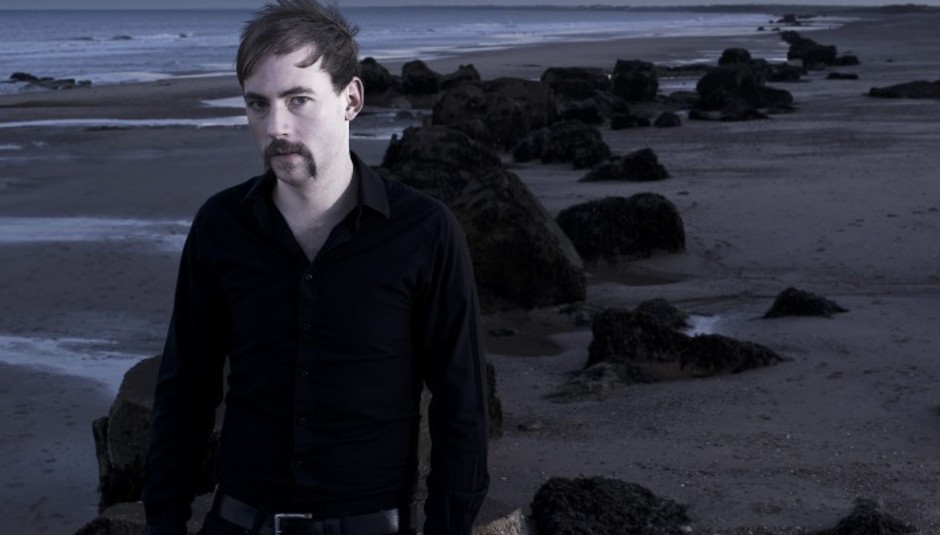 We are now in what is usually the slow summer season with regards to new releases whilst bands get into the festival cycle, but this doesn’t seem to have affected things at a local level, and will hopefully result in some of the great stuff below reaching more ears.

Anyone who’s being lucky enough to see The Horn The Hunt recently will know they are on to a winner with their newly augmented live set-up and the accompanying material. The first new recording to surface is 'Gold', released last week as a 7” single. Which sees a bold, tribal drumbeat, a huge vocal performance, and some Scandinavian electro inspiration merge together to create an impressive pop pinnacle.

The Wind-Up Birds recently released their debut album, The Land, on Sturdy Records, it’s crammed with Northern nostalgia and moral musings played out over a gritty post-punk soundtrack. Frontman Paul Ackroyd is very capable of articulating his acerbic wit, depicting scenes of an overcast broken Britain; no more so than on the ominous 'Nostalgic For...' as it grumbles towards a climax. They have a spate of Leeds gigs this month which you can see listed here.

Despite being the collective efforts of just two chaps, Fossil Collective have a multitude of instrumentation throughout their stirring debut EP Let It Go, showing an aptitude for orchestration similar to that demonstrated on Bon Iver’s last LP. Their soothing style shines on the title track (below) - think a mellow Midlake with super tight harmonies, blended together with subtle strings, delicate piano and heavy hearts.

Hookworms have also returned with new material since their greatly acclaimed debut EP, via a split single with Kogumaza released by Gringo Records. The fetching blue vinyl harbours their track Form & Function, a slice of psychedelic rock created under the influence of copious amounts of Loop and Spacemen 3. A propulsive riff forms an undercurrent immersing the listener, as surprisingly catchy echo laden call-and-response vocals flow over waves of swirling drone, before it all crashes down into a frenzied double-time sonic riptide. It's a fantastic teaser of what we can hope from the album due later this year, and at the time of writing this there were only a handful of the 7”s remaining - so if you want one, act now!

The last time I saw Eagulls live was back in November for Constellations Festival; a mediocre Stephen Malkmus & The Jinks set was draining me, so I ditched them for Eagulls who blew their packed crowd away with a brutal, high energy set. Since then I’d not heard much from their camp, but it appears they have been tucked away channeling their angst into a new EP coming out soon on SexBeat Records. The five piece's rampant, dirty breed of rock doesn't sacrifice any of it's melodies, and this often sees them being pigeon-holed into several genres at a time. I don't think they are intending to bridge any supposed gaps; they're just making the music they want to hear, and it comes across as a band having a rollicking good time in the process. The EP comes out on green vinyl on 16th July and to celebrate the release the band will be playing a free entry gig at the Brudenell Social Club on the 20th July.

Paul Marshall’s musical alias Lone Wolf will be familiar to many browsing these pages after his 2010 LP The Devil and Me became a big hit with many DiSers. He's been busying himself producing a swift follow-up entitled The Lovers that is available now as a result of a Pledge campaign which saw it's target reached with remarkable haste. 'The Lovers' manages to recreate the sombre tone of the previous record despite a disappearance of the piano and acoustic guitar, in favour of layers of synth and electric guitar. This shift has resulted in an increased variety of sounds at play and allows the songs more freedom to transform, and when at their most pulsating I'm reminded of the excellent Shearwater. You can hear The Swan of Meander from the album below (featuring Blue Roses on backing vocals), and head over to his pledge where many of the unique exclusives remain. http://www.pledgemusic.com/projects/lonewolf

Another Sturdy Records release is the new EP from promising post-punkers Post War Glamour Girls, Tragic Loss; He Had Such a Lovely House, due out on 6th August. Frontman James Smith, comes across on this EP like a young man slightly unhinged and capable of switching from casual croon to thrashing meltdown instantly. At times his deep, brooding voice is reminiscent of Nick Cave, especially on the second track 'Today I Am A Man'. Musically the band reflect these different psyches working a dynamic seguing the powerful and delicate moments through, helped with the addition of some striking female vocals for the latter, but it always feel like there's an exciting burst of aggression on a leash close-by. It's a record to translate well to the stage, and they will be playing with Manchester's finest Milk Maid at Oporto on the 3rd July.

The annual Futuresound competition, offering local bands the chance play at Leeds & Reading Festival, is back and in full swing. This year a whopping 60 bands are playing at The Cockpit, spread across four-band midweek heats which run until 19th July. Regardless of who wins, it can be an opportunity to see several good bands of varying genres play on the same bill for a few quid. 17th July has such a line-up with Juffage, Black Moth, Phonetics and The World Service all appearing. You can view the full line-up here

Armley rehearsal studios The Rock & Roll Circus are throwing open their doors for another ‘Freak Out’ party on the 7th July - bring your own booze and expect a riotous run of bands into the early hours. On the bill this time around are The Wind-up Birds, Cowtown, Moody Gowns, Backyards and more.

It’s been a while since I spoke to someone involved in Leeds music to see what other local output is being enjoyed, and I thought a good place to pick-up again would be with Adam Nodwell. Adam will perhaps be a name known to many of you, though you may have heard of him under his promoting alias of British Wildlife; with which he has put on many artists from all over the world in Leeds and sometimes further afield since 2006. Alternatively you may have seen one of his poster designs, seen his ultra-loud band Super Luxury play, or even be planning on attending the British Wildlife curated and rather excellent looking (it’s headlined by Tall Ships!) Fell Foot Sound Festival in September. He’s therefore a guy who is easily likely to happen across some decent music…

We’re halfway through the year now - which local 2012 releases have you enjoyed the most?

And which local releases due out are you most looking forward to?

Well I really loved the last Trumpets of Death album and they are due another release this year which is bound to be amazing. I think most of all I’m looking forward to Wooderson's debut album, ok they're not that local, but there over these parts often enough and we all accept them as our own.

You’ve been running British Wildlife Festival since 2006, and this year was billed as the last ever one - what were the reasons behind ending it?

This year was billed as the last one as it was in the air as to whether I would be in Leeds and I wanted to knock it on the head to give myself a bit of distance and not let it fizzle out, rather it go out in a ball of flames!

…will you continue to promote British Wildlife events though?

I've made loads of friends putting gigs on and I’ll continue to put them on when they need a hand touring, I already have loads of stuff in the pipeline.

Who has been the best local band that you have seen live this year?

Will you be attending any festivals this summer, and if so who are you looking forward to seeing?

I've just come back from Optimus Primavera in Porto, Portugal, and had a great time. I saw some amazing bands including Thee Oh Sees, Shellac, Dirty Three, The Flaming Lips, Washed Out, Wolves in the Throne Room, Tall Firs, The Rapture, Yo La Tengo and er... Suede.

Since the interview happened Adam has announced his milestone 150th gig, head over to here for details of that and more British Wildlife promotions: http://www.britishwildlife.info.

You can also see Adam’s band Super Luxury play at The Cockpit on 19th July.

I've not had much space to mention many up coming gigs, so as usual please feel free to post below...