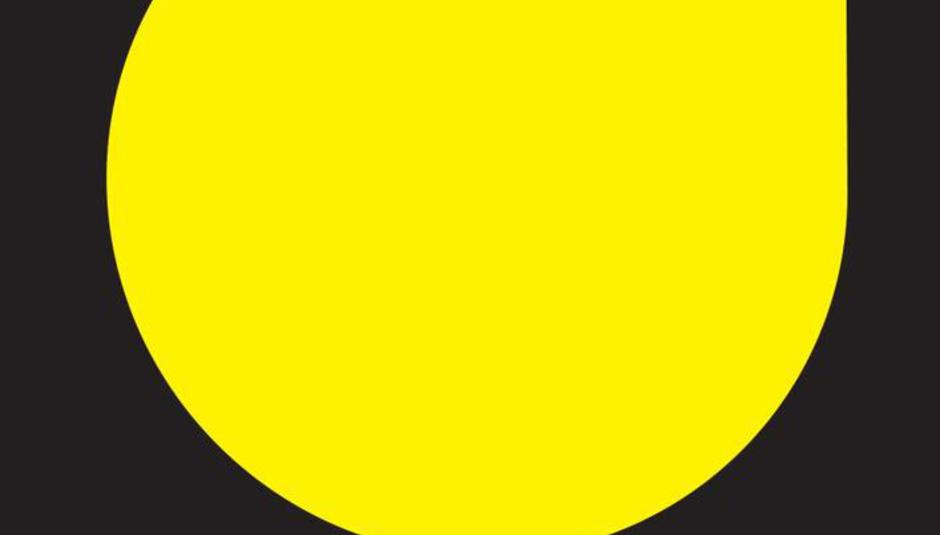 Aarhus, with a population of just over 300,000 people is the second largest city in Denmark, a tenth of whom study at its University. Largely renowned for its thriving agricultural industry, it also hosts one of the largest shipping ports in Europe, handling an estimated 12 million tonnes of cargo every year.

It's also a city that's expanding rapidly year upon year. New developments have seen the ARoS (Aarhus Museum of Modern Art) finally reach completion in 2011 while its canal and riverside areas have undergone a dramatic facelift with new businesses and developments appearing on a regular basis.

Bearing all of this in mind, there's little surprise that it's quickly coined a reputation for being "Denmark's youngest city" due to its many educational and research institutions as well as the aforementioned new projects. The cultural impact has resulted in Aarhus being the home of several music related events. The annual Aarhus Jazz Festival, Grimmeste, RECession, Pop Revo, and of course SPOT are among those scheduled to take place this year.

With a substantial amount of funding from the Danish Arts Council, festivals like SPOT have been able to grow each year while attracting a wealth of overseas interest at the same time. Now in its 18th year, SPOT has long been recognised as a landmark event for many emerging Scandinavian artists, having previously hosted fledgling performances from the likes of Sigur Ros, Mew, and this year's headliners The Raveonettes.

Structurally comparable to a scaled down Great Escape, its vibrant mix of industry-led conferences and live music spread across four separate sites make it one of the most eagerly anticipated events on the calendar. Hence this year's festival proving to be the busiest one yet in SPOT's history.

Perhaps more importantly, the current Danish music scene - and Scandinavia in general to be fair - seems to be bursting at the seams with a glut of undiscovered talent. With such an array of fine musical delights to savour, DiS found itself spoilt for choice, but here are a selection of highlights from 2012's SPOTfest.

This year has seen DiS enjoy something of a love-in with the Bergen four-piece, having been simultaneously blown away by their self-titled sophomore album and live show at Nottingham's Boat Club. Here in the relatively intimate confines of Aarhus's Voxhall their early evening set drew a large crowd, and despite a few early technical setbacks they once again pulled another masterclass in sonic terrorism out of the bag.
LISTEN

One of the great things about festivals like SPOT is stumbling across previously unknown artists that then proceed to blow you away. One such band at this year's event were Waldo & Marsha, an eight-piece based in Aarhus. Despite forming three years ago, several members are still only in their teens, yet the euphoric sound emanating from the stage, backed by a series of dazzling, psychedelic projections gives us goose bumps for the rest of this evening. 'Love' could be The Brian Jonestown Massacre covering Slowdive's 'Alison' in a parallel universe, while the sensual 'Bloom' and swashbuckling 'Made You' have an austere, Mercury Rev on reverb feel about them. Although still unsigned for now, we expect that situation to be remedied in the not too distant future.
LISTEN

Having been around for the best part of a decade, Larsen & Furious Jane should be more than just the best kept secret in Aarhus. First album Zen Sucker came out in 2008, while most recent long player Dolly emerged at the back end of last year. Playing a set mainly consisting of material from the second record, their panoramic take on emotionally charged folk rock draws comparisons with The Antlers and Grizzly Bear, with the odd bit of Yes-style noodling thrown in for good measure. Stand out number 'Damaged Goods' has the room in raptures, which in turn makes DiS scratch its head in disbelief their schizophrenic rock remains unheard outside of their native pastures.
LISTEN. Then download both albums. For free!

As the founder member, singer and main songwriter in Danish shoegaze outfit Rumskib, Keith Canisius should need little introduction. However, with that project seemingly on semi-permanent hiatus, he's put together a new band, The Holy Dreamers, and with it created an entirely new sound that draws as much inspiration from classic 1980s pop like Howard Jones or Modern English as it does Ride or My Bloody Valentine. Currently based in Copenhagen, his set in the Kedlen room on the festival's main Godsbanen site proved inspiring in a euphorically uplifting way. His latest EP The Great White Shark is well worth a listen, and is as cheap as chips to purchase too. Bonus!
LISTEN

As the solo project of one Carl Emil, Carlis mixes minimal techno in a similar vein to the likes of D/R/U/G/S or Lone with ambient textures not that dissimilar to Ulrich Schnauss. Using projected visual backdrops of high speed trains and pixellated colour changes to accentuate his music, he's then joined onstage halfway through the show by female vocalist Josefine Hilfling Hjort Hansen, and the set takes on another dimension entirely. Recalling Dummy era Portishead or even the much lamented Yazoo, Hansen's dulcet tones combine with Emil's futuristic soundscapes to create a sound that we can only describe as arctic chillwave. New single 'Eskimos On Lava' is out now.
LISTEN Hailing from Copenhagen and still at a relatively embryonic stage as a band, Shiny Darkly make the kind of music regulars in London's Batcave thirty years ago would have tripped over each other's mascara cases to devour. Singer Kristoffer Bech holds court in the centre of the stage, asking repeatedly "Who's suicidal?" before launching into the band's Bunnymen infused anthem 'He's Suicidal'. One song even sounds like The Horrors covering 'Anarchy In The UK' (no, we aren't kidding). Sure, it may have been done before but judging by the trio's cold demeanour, Shiny Darkly sincerely mean it, man.
LISTEN

Centering around the distinctive vocal of Ida Wenoe, Boho Dancer were another band that played a mesmerising show to a jam-packed room in the city's Voxhall venue. Reminiscent in parts of The Concretes whimsy folk pop, while at other times mirroring Catatonia in their International Velvet pomp, Wenoe displayed all the tenacity and presence of a seasoned veteran rather than relative newcomer to all intents and purposes she is. Closing number 'Good Vibrations' stands out as a sombre paean to a love affair gone wrong, the resounding cries of "More!" that filter the room long after Wenoe and co. have left the stage telling their own story.
LISTEN

The Scandinavian Gaggle, anyone? Well we might just have found them in the shape of this nine-piece, all female choir whose unique vocal arrangements fuse jazz, pop, rock and even classical music in their own inimitable style. Hailing from Denmark, Finland, Norway and Iceland, they all met at the Rhythmic Music Conservatory in Copenhagen where they're currently based. Using each other's voices as acapella style instruments, their show in the Kedlen room unanimously scooped first prize for most original performance of the entire weekend.
LISTEN While essentially the solo project of River Phoenix singer Kristian Finne Kristensen, the live set-up of Chorus Grant is essentially a Danish indie supergroup of sorts, featuring members of When Saints Go Machine and Sleep Party People in its ranks. It's Kristensen though that steals the limelight. 'A Letter From Karen' and 'Blood Brothers' both take the Dylanesque route through chamber pop heaven while giving Villagers' Conor O'Brien a run for his money at the same time.
LISTEN

Mention "Finland" and "music" in the same sentence and the words "HIM" and "Lordi" usually follow. Thank heavens for Helsinki's Zebra And Snake then, whose eighties tinged anthems recall Ariel Pink or John Maus tackling Rio and The Suburbs. Often at the same time. Grandiose without ever becoming cheesy. Subversive yet sophisticated, their late night set at Voxhall on Saturday deserved a far bigger audience. However, with new single 'Money In Heaven' already featuring heavily on playlists across Europe coupled with the release of debut album Healing Music next week, not to mention an appearance at Brighton's Great Escape festival also confirmed, we suspect it won't be long before their name is on everybody's lips.
LISTEN

As veterans of the Danish scene, not to mention possibly the nation's most successful musical exports in recent times, The Raveonettes have become something of an institution over here. So, to commemorate the tenth anniversary of the release of first EP Whip It On, tonight sees mainstays Sune Rose Wagner and Sharin Foo reunited with original guitarist Manoj Ramdas and drummer Jakob Hoyer for the first time since 2005. Playing a set consisting chronologically of Whip It On in its entirety, they're sublime from start to finish. 'Attack Of The Ghost Riders' is introduced by four minutes of squalling, deafening feedback. 'Do You Believe Her' and 'Cops On Our Tail' still remain two of the band's most understated compositions while a climactic 'Beat City' results in pandemonium as revellers leap from the Musikhuset's all-seated theatre to dance in the aisles and beyond. Triumphant in every way imaginable. Copenhagen quartet Battlekat have already amassed a burgeoning UK fanbase thanks to a string of appearances in London last year as part of the Ja Ja Ja series. It takes precisely thirty seconds of their opening number here to understand why. Comparisons range from Crystal Castles in dub to Norway electroclash outfit Surferosa. It's vocalist Matilde Bocher that takes centre stage tonight. Cajoling those at the front to shake some moves while taking polaroid snaps during instrumental breaks, she's a hyperactive bundle of energy with the songs to match.
LISTEN

Closing Saturday night's live music and this year's SPOT Festival were Danish/Icelandic trio Kura. Combining a heady mix of Massive Attack style minimalism with sweetly delivered vocals courtesy of sophisticated frontwoman Fanney Osk Porisdottir, their late night tales provided the perfect chillout zone comedown to end what has by and large been an excellent weekend for Danish and Scandinavian music in general.
LISTEN

Last but not least, a special mention must also go out to the Slayer Big Band Project featuring the Aarhus Jazz Orchestra, whose set consisted entirely of brass-led covers of thrash metal's finest sons. Until you've experienced the driving riff to 'Dead Skin Mask' played by a saxophone quartet you haven't lived. We'll leave you with a holiday snap taken during Sunday's visit to ARoS of one of the many weird and wonderful modern art creations on display. I'm sure the concept behind it is self-explanatory. Somewhere.