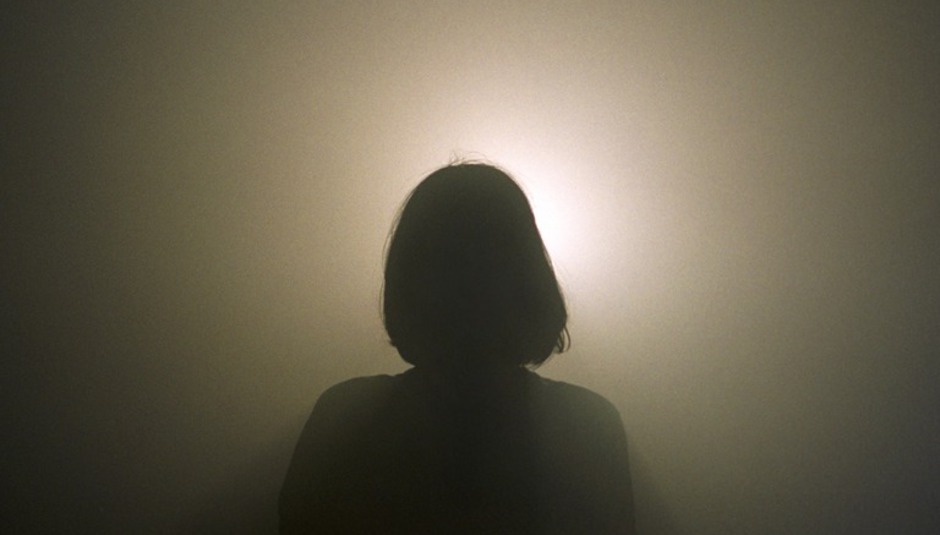 Mirrorring is Liz Harris and Jesy Fortino, better known as Grouper and Tiny Vipers respectively. That there might be an overlapping space between their projects is unsurprising to anyone familiar with their work, each creating solo music imbued with an ambient, meditative quality, both beautiful fragile and darkly unsettling.

Mirrorring then reflects Harris’s approach onto Fortino and visa versa – Fortino’s gentle arpeggios overlaid with Harris’s sighing, melancholic harmonies, Harris’s longer sound pieces now featuring plaintive acoustic guitars. It’s a beautiful record, and I spoke via email to Liz Harris about how it came about, science fiction, and her reaction to the success of her most recent Grouper records.

How did you meet Jesy Fortino? How did you discover Jesy’s work as Tiny Vipers?

Jesy and I met over the internet. She got in touch to trade music about a day or two before a mutual friend recommended hers to me. Was in to it right away. We ended up playing some shows together in the next year or two and got on well, understood each other pretty quickly.

At what point did you decide to collaborate?

She’s in Portland often to see friends and family. We agreed it would be interesting to try to write some songs together. She came down from Seattle for a couple days. It was pretty laid back, didn’t go in to it with any expectations beyond trying to write a couple songs together to see what would happen.

Would you say that there are similarities between your and Jesy’s approach to songwriting?

Our songs come from a similar place, but we have each have pretty distinct elements to our sound, to our approach. One of the reasons I wanted to play with her is that these elements seemed unique from each other in way that when combined, could highlight and bring out new focal points, add more dimension to some common room.

How would you describe the collaborative process between you? Did you write songs together, or bring songs to each other for the other to work on?

Both. We both had sketches we’d prepared. They unfolded pretty naturally from that starting point. The ultimate balance was mixed. There’s one on there I mostly wrote and recorded, and one that is almost entirely Jesy’s, a couple that we wrote pretty 50/50, and one or two that were more 70/30. One element present throughout the process was a lack of haggling back and forth, no dissonance in our approach really. One of us would just play something to the other’s skeleton, almost always the melody clicked right away. No need to talk about anything, no disagreements. We both get neurotic about many of the same parts of the writing and recording process, so agreements about what parts needed changing were always right there at the surface.

We also tend to balance and weigh down each other in the arenas where one of us is too tweaked out. I’m calling myself a tweaker, not her. For example, Jesy’s way more comfortable in a studio, and calmed me down, helped me stay present there. She knew how to ask for what she wanted, and what would/should be available in that environment. She also helped me stay calm during the mixing process. During mastering I got pretty specific, at which point I think my tweaking aided the process. She was cool about giving me room to zero in at that point, and that in turn gave her room to focus on school.

What was your ambition for ‘Foreign Body’? What kind of album did you want it to be? Did it turn out that way?

It unfolded in the best way possible, on its own. There wasn’t much curating on our part. Those were the songs that were ready to come out, and they showed up already formed. I can’t say we know everything about each other, but I know enough about our interior landscape and emotional/personal history to know that we have a lot of overlap to resonate on. We didn’t have to search to find our meeting point, just locate the entry.

Can you explain the choice of ‘Mirrorring’ as a name?

Mirrorring has an extra r in it to create a literal mirroring inside of the word. Jesy and I got to know each other as we were writing these songs. The results ended up as reflections and comments on each other as much as they remained statements of our individual emotions. We both disclaim any idea of owning sound, and both like music that allows anyone who listens to it to find their own image within the sound. We’re also both into finding a musical way to describe/discuss the resonance space between two objects. I can’t speak for her (based on our conversations I think she’d concur in part but she also said she’s tired of people talking about aliens and ghosts in reference to our music; sorry Jesy), but I’m interested in the paranormal/ephemeral/philosophical references attached the concept of mirroring/reflection, what it implies about our perceptions of our selves, the implied other space, etc. There are also some nerd references going on with the name that I don’t need to get in to. More games and double meanings.

Did the acclaim for ‘Dragging A Dead Dear…’ bring you a new level of success and exposure? If so, how has this changed, if at all, your approach to songwriting and music?

Yes. Almost didn’t release it, thought it was too saccharin, too poppy, was a little ashamed of it honestly. Then when it did well I was embarrassed, pained by its reception, that people would associate those floaty songs with me, not the noisier material. I like to be in control, or at least in control to some degree of how uncontrolled I’ll be, and once that album received attention, I for the first time felt that I wasn’t quite in control of who would like my music, and how they’d encounter it. It was a sadistic thing, to put that music out there. Music is prettier and wider open without a face glued on to it. Now it’s tied to my ageing body. When the name became attached I felt deflated. Couldn’t hide behind it in the same way anymore, pretend it wasn’t mine, that I was just hanging out in a corner of the same room. I was still embarrassed about my songwriting, the emotions and experiences that fueled it. I reacted against all this. I get a sort of immature pleasure from being awkward and rough when someone expects me to have some slickness. I don’t play them live for that reason, also because I just don’t know how to repeat them.

As far as songwriting approach, I never feel very premeditated there, more nitpicky about the final form, so it is harder to say how it has all changed. Continues to just go the way it goes. I don’t feel any pressure to do anything similar. I have another albums worth of songs from then that sound the same that I don’t know what to do with. Adult children in the basement.

Could you please elaborate on the decision to split AIA into two separate albums? How would you describe the difference between the two?

The albums were as much about what wasn’t there as what was. They needed to be separate in order to create a third object, the space between them. That space was meant to convey a specific chronological trajectory, and reference a few invisible structures and paradoxes. More double meanings, back to that mirroring process. Separate and together at once. I pictured it like a water cycle. Dream Loss was stuck in the ocean, darker, weighed down, pulled around by the tide, touching the ground. I tried to make Alien Observer wider, buoyant, some uplift at the end. Evaporating, in to the clouds, safe distance from the planet.

Not sure how I intentionally allow them in to my work, but as far as affecting my person, which must in turn affect music, am very in to Stanislav Lem. Lots of math games, writing often approached with an even mix of careless messiness and razor sharp precision. He’ll get bored in the middle of a book and just end it, either tell you the whole plot in one paragraph, or not tell you anything, leave everything wide wide open. He doesn’t pretend to know, doesn’t have to own the secret behind what really happens. Is comfortable to describe some odd overlap of a very sensible plot with some undead non-sequitor and then just leave the room. He’s just describing it, observing and not asserting some ego driven need to shape it.

I like Octavia Butler’s books for several reasons. The details make them real in a terrifying way, only not just terror for terror’s sake. She was genuinely invested in speculation on the future from the perspective of a real human describing a real humanity. Both described what is truly ugly in us, and found a beauty to convey at the same time. Part of what’s tragic about our dilemma. She wasn’t afraid, like Lem, to say both yes and no. She found a way to put emotion and believability into something fantastical, into a genre that often lacks both. She also introduced stronger and more realistic women characters to a genre that (Lem included here unfortunately) is pretty barren in that department. She also had that unmasked love of patterns and games, has a few shorts that, in the same way Lem’s come off, seem almost carelessly defleshed, transparent structure out of love of the structure, or perhaps just some genuine desire to play a game with a plot idea, and drop it as soon as it’s all unwound in order to keep experimenting.

Which artists and/or bands inspire you at the moment? What music influences you right now?

Been listening to Rhythm and Sound 12” ‘s mostly, also the Meat Puppets II record, and Ilyas Ahmed’s new record. His live shows are killing me. Pulse of the Rooster album always. Pansonic. Old Metallica. Eager wait for Operative’s album to come out. Scott Goodwin is a game-lover, music has so much thought behind it. Ashby Collinson’s Princess Dies performance and video pieces are great. So is Brenna Murphy’s art. Jae Choi’s poetry also. Just saw her read and she left a room full of academics silent.