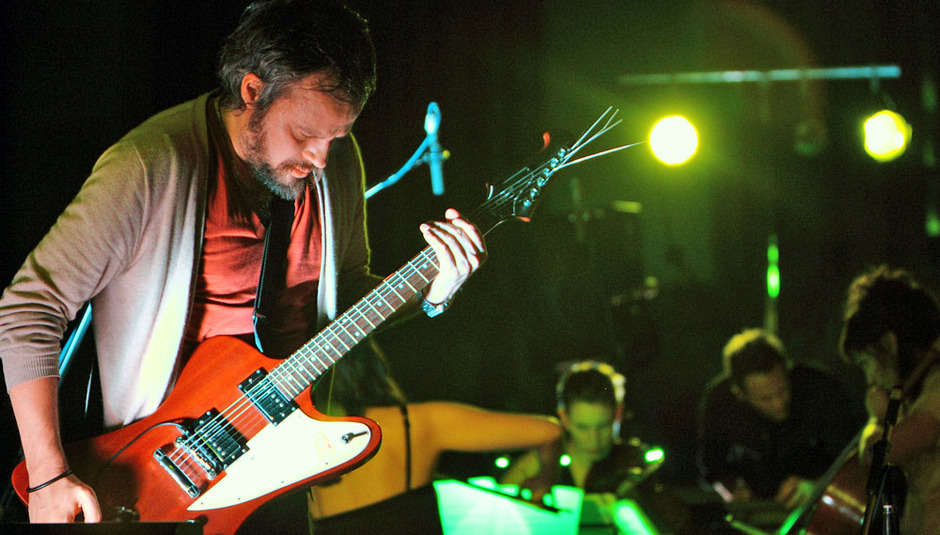 Gig of the Month: A Winged Victory for the Sullen @ Cecil Sharp House

Gig of the Month: A Winged Victory for the Sullen @ Cecil Sharp House

There’s a bit of a fuss being made at the moment about classical music. Specifically, the engagement of young people (ie those below 40) with the genre. There are worries that we just don’t get it. Perhaps they are right. The average age of most classical concerts can’t be far below 50, I’ve even heard stories of St John’s Ambulance members being on stand by. But there’s something these fretters have missed – that's the huge fan base behind contemporary classical music. In fact, had these old folks been at modern classical band A Winged Victory for the Sullen’s gig in January they would have been presently surprised by the audience – at least 80% fresh-faced ‘youths’.

A Winged Victory’s music is what I would imagine a Sigur Ros and Ludovico Einaudi collaboration would sound like. It's got the spaciousness and slow tempo of the first, with the love of strings and bold crescendos often featured in the second. They mix synths with strings and have a weak spot for needlessly long names (‘We played some open chords and rejoiced for the earth had circled the sun yet another year’ and ‘Requiem for the static king part one’ being my particular favourites). Adam Wiltzie and Dustin O’Halloran, the duo who make up A Winged Victory, met in Italy when Wiltzie was touring with the late Mark Linkous’ band, Sparklehorse. They released their debut, self-titled album in September last year on Erased Tapes (it was #16 in DiS' albums of the year list).

The gig was aptly held at Cecil Sharp house, home of the English Folk Dance and Song Society. It’s a bit like a school hall, with blue plastic seats to match. Synesthete (google it) Wiltzie also plays in Sleepingdog, the support act for the night, with the honey-voiced Chantal Acda. Their beat-free, heady music was a good prelude for what was to follow.

Wiltzie and O’Halloran were joined for their short set by a strings section – two violins, one cello. And by short, I mean very short. The set featured a grand total of eight tracks, despite the band playing their entire album and a little something extra they’d kept hidden up their sleeves. But as the saying goes, it’s quality, not quantity, the former being something these kings of atmosphere are clearly not lacking.

Until this night, I had never been mature enough to go to a gig that was purely instrumental. If I’m honest, I was a little dubious, despite having had the group’s album on repeat for the last month. But by the end of the first track I was a fully converted fan of the lyricless gig. It offered a little time for reflection, calm and even, for the girl sat behind me, a good old sob. A little like stepping into a warm bath, but without all the water. I quickly found myself drifting off to a very different, but very happy place.