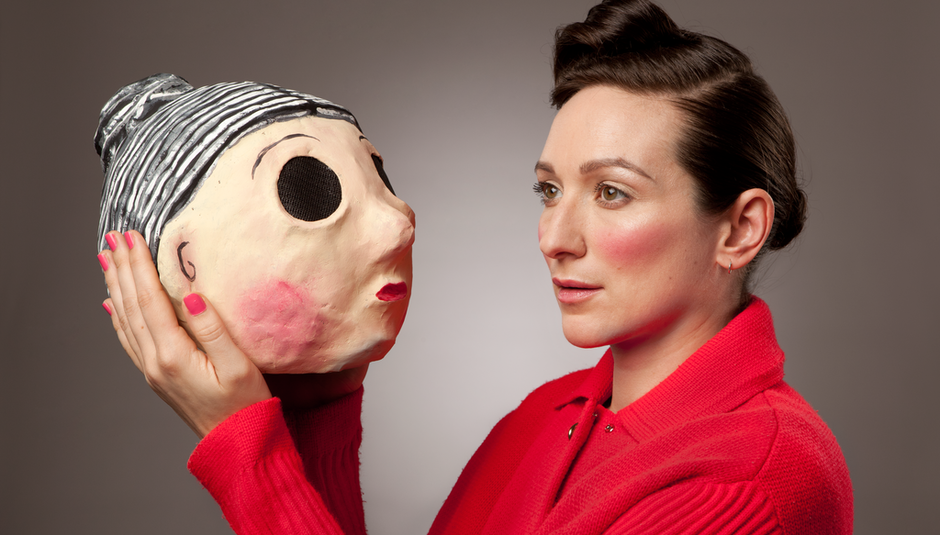 As part of her site takeover to celebrate the release of new album All Things Will Unwind, My Brightest Diamond (aka Shara Worden) shares her experience of working with film maker and artist Matthew Barney...

In the fall of 2010 Matthew Barney was filming in Detroit, an opera named Khu, which is an ancient Egyptian word meaning "soul". I had attended Matthew's guest lecture at the Detroit Institute of the Arts several months earlier, never thinking that one day I might have the opportunity to be in one of his films. Ironically, I found out about the open audition for singers through friends in New York and for the audition, I traveled five minutes from my Detroit home to a warehouse near the waterfront. The audition was like nothing I had ever done. Composer Jonathan Bepler sat with me and a friend of mine from my high school choir who I had dragged along. We sat in a small circle and Jonathan closed his eyes and started breathing exercises. We mimicked him and our heart rates slowed. Jonathan asked us to try different exercises in noise-making, sometimes by singing himself, then having us repeat it or at other times giving us facial expressions that we interpreted. Already I was on the edge of my comfort zone making "ugly" sounds, but it was so fun, improvising and going into the unknown, that I didn't have much time to evaluate what the sounds actually were. It was uncontrolled and completely in the present moment, and that felt liberating. I guess that sensation never really left the experience. We were so immersed in the process of the storytelling itself that we didn't see it as the "allegory of death and rebirth within the American industrial landscape" that it is. We were delving into the characters, the music, the challenges of getting from point A to point B, dealing with extreme weather conditions, feeling just beyond the point of comfortability on every level. Evaluation came afterwards.

I was assigned a role, a police officer aptly named Lieutenant Worden, who was overseeing a search for a missing body (in the stories of Matthew Barney, a protagonist can be a car as easily as it can be a person). My character was bossing around an all female opera chorus, which included FBI agents and local officers.

On October 2nd,2010, filming commenced as we began our investigation on the shores of the Rouge River. From the sheriff's boat on the river, we sang call and response yodel-like calls while four other boats filled with saxophones and a percussionist circled. On a barge, as the "dead body" of a car was hoisted from the river by a crane, we sang in horror as we recognized the one we had longed to find. Back on land, a procession of horn players and opera singers wailed cluster chords, walking with Butoh-like slowness, a long march to the funeral of the car. Upon mounds of black soil, the orchestra stood in rows. The temperature began to drop to somewhere around 48 degrees (8.89 celcius). Surrounding five custom build blast furnaces, we sang as percussionist hit trash cans and cymbals whipped down several stories of cable wire, a sound which was amplified over loud speakers. It began to rain, a freezing rain. We waited for over two hours for the weather conditions to be right for twenty-five tons of molten iron to pour from the furnaces into a molded pit. A string player in the row in front of me fainted. The audience was sent away as a safety precaution. Some of the other musicians started leaving voluntarily. One does begin to question why you are doing this. What is it worth?

One of my favorite books as of late is called This is your Brain on Music by Daniel Levitin and in it, Levitin talks about the way that the brain and our musical ability evolved. We were organizing sounds before we even using words, so the fact that we now have the perception that certain people are more "musical" and others are simply not, I think is to miss the point that while there may be degrees of innate musicality, if you are human, you are inherently musical. This is something that I love about the Kodaly method as well, because Zoltan Kodaly understood that all of us are capable of musical literacy. We started to lose this connection, maybe with the invention of the radio. There's a lot that can be said about corporate (and I don't mean corporate as in a big company, but corporate meaning a united group of people) music making and about ceremony within different cultures, but for me, the experience of the Matthew Barney opera was a modern recovery of art in community and it was tapping in to something that I long for; a way for a large group of people to conduct a ceremony which marks a significant event. That ceremony was the death of a car, a long funeral procession, and witnessing the "reincarnation" of the automobile. The building blocks of the art itself are rich with ideas, but the experience of community, of working together with 75 musicians to memorialize a cultural transition from the industrial age into the next has become the next layer of meaning for me. How do we connect to one another in this age? Music performances provide us with this shared experience with our neighbor, this communal activity, this fundamental reminder that we are connected to each other. I don't mean to be nostalgic and saying that I wish we all gathered around campfires and sang songs together or put on special outfit and did folk dances together. In large societies like we live in, those events simply don't happen anymore. But what is interesting to me is in looking at the most basic elements of our humanity, how music and storytelling have been part of us forever, and what forms these needs of ours take in the modern day.

All Things Will Unwind is out now.