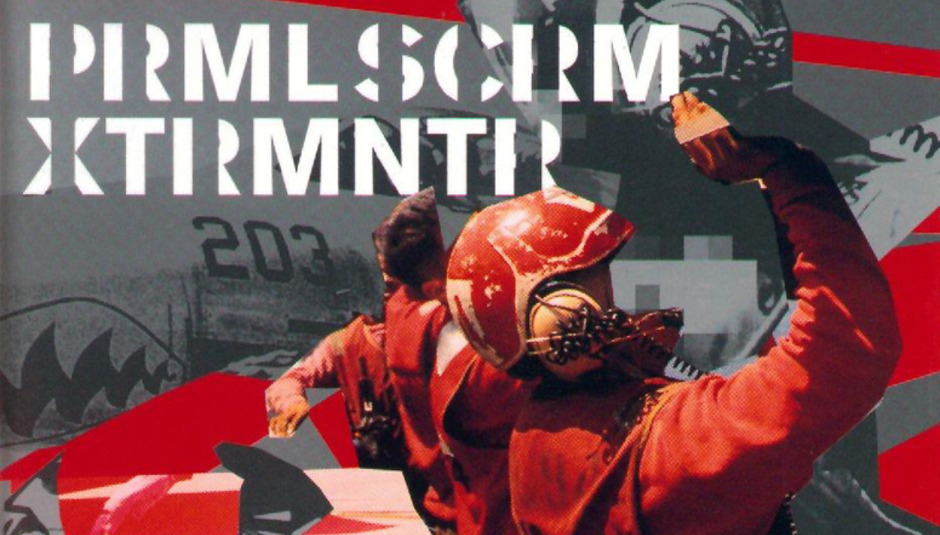 These days, it’s hard to tell where Bobby Gillespie sits in the spectrum of politicised popstars. Played through a media lens, the last decade has seen Primal Scream's foreman swing his cause between socialism and socialising. His barracking of political paradigms and societal unjust is often undercut by supermodel hob-nobbery and a tendency to scattergun red-army style rants with little rhyme or reason(although it is difficult to sympathise with the vile Theresa May). At almost 50, Gillespie may continue talk the talk, but his walk is certainly not what it once was.

Yet, venture back just 11 years and Gillespie's was a voice you wouldn’t dare to fuck with. Amidst the final parps of post-Britpop balderdash, Gillespie was busy taking global capitalism to task, penning odes to black revolutionaries and, as ever, ripping into the core of Tory idealism with pitbull brute. He was, in every sense, the archetypal angry Scot, propping up his granite argumentative streak with a cold, deadened stare.

At a time when Christina and Britney were duelling for pop’s top spot, Gillespie felt like a fully-fledged iconoclast; a ferociously read spawn of a left-wing activist who'd pontificate over politics as readily as he could get his rocks off. This wasn’t the pill-packing hedonist of Screamadelica, or the gak guzzling reprobate of Give Out But Don’t Give Up. This was Bobby Gillespie in his prime; a self-declared cultural warrior in the days before Lower Manhattan was turned to a rubble of bricks, mortar and blood.

It started with Vanishing Point, the 1997 return to form that washed away Give Out’s overbloated blues-rock. Imbued between the notes of its psychedelic whirls and speed freak fuckery was a caustic unwillingness to surrender. It was nasal, grating, alive, unrepentant. The Primals had found their scream and Gillespie, Duffy, Mounfield, et al weren’t in the mood for keeping it down. In fact, aided by a swell of narcotics and the vitriolic posturing of a world adjoined by globalisation but split by idealism, they had no choice. It was them or no-one.

And then XTRMNTR came crashing in. A vowel-less crank of post punk (not post-punk) rancour riding on a beat up trashcan of nihilistic disco, this was the masterpiece Primal Scream had been promising. All Gillepsie’s pre-album posturing had frothed with disdain towards a world disfigured by fat-catisim and western foreign policy. XTRMNTR was the Scream fighting back; the pin being pulled from one almighty hand grenade. As Gillespie put it in an interview in 2000, “It's like an attack... It's not fucking background music. It makes you stand up and take notice.”

He was right. Take notice was all you could do.

Charging out with the Chemical Brothers-tampered single 'Swastika Eyes' - a ferocious, rocket hurtling, two-fingered salutation to oppressive governments and blood-sucking conglomerations - this was the sound of a mainstream band shunting itself to the periphery in the crudest, most innocuous fashion. Realistically, XTRMNTR shouldn’t have shifted units. The record’s rapacious lyrical content, stoic, eastern-bloc production and cranked out butane jazz were light years away from the anodyne climate of chart topping boybands and pop princesses. But XTRMNTR stuck, reaching the top three in the UK album charts(when those things still actually meant something)and spinning headlong into every record of the year list going.

Listening back it’s not hard to understand why. The record rushes through the body’s orifices with psychotic purpose, ambushing you any way it can. 'Accelerator' is a thrash ‘n’ grab fuzz fuck of barbiturate guitar. Album opener ‘Kill All Hippies’’ bleeds hip hop swagger and discombobulating, cyborg synthesiser; while the serrated ‘Insect Royalty’ is a throttling spiderweb of percussion and blaring horns that finds Gillespie howling out diseased, acid-swathed entrails of the English vernacular. It's a relentlesss throng; every crevice is enveloped in white noise - even ‘Keep Your Dreams’’ narcoleptic fug has a certain sadistic terror plunged beneath the xylophone chimes and Gillespie’s cathartic crow.

Played out today, XTRMNTR's still a jagged, awkward squall. Butchered cuts like the free jazz scarred ‘MBV Arkestra’ (Kevin Shields’ unidentifiable remix of Vanishing Point’s funk-smuggling If They Move Kill ‘Em) and exhaust pipe throttling swansong ‘Shoot Speed/Kill Light’ are as oppressive and inhospitable as the ideologies Gillespie despised. And even when the lyrics sag insufferably, as they do on ‘Exterminator’ (“Everyone’s a prostitute/All jails are concentration camps/ all judges are bought”) and ‘Pills’ (Gillespie’s preposterous rap is a Scream nadir), the pounding ballast of junkyard distortion and thumping drums pulls them through like shards of shrapnel plunging into the temples.

Eleven years on and the shock and awe of XTRMNTR’s message has worn off somewhat. This is an era exhausted by war, terrorism, famine and global debt. The anger stage has, to an extent, passed. Optimists would even say we’re at the root of the problem, even if the solution keeps getting further and further away. Yet, it’s unnerving to consider just how precise XTRMNTR was. It wasn’t quite a call to arms, but it could have soundtracked any of the game changing events of the last decade: the UK riots, the Arab spring, the London bombings or even 9/11.

Just how far XTRMNTR’s anti-American sentiment would have stretched had it been released a year and a half later is a question we'll never find an answer to. Would Gillespie have dared to attack American foreign policy so vehemently? Would Creation have been brave (or stupid) enough to release such a critique? Who knows. But XTRMNTR does have an unshakably forboding feel to it. The message was simple: This can’t continue, something’s going to crack. Little did anyone know just how wide and deep that crack would run.

Coiling back from the record’s political overtones, XTRMNTR stretched far beyond its time as a musical artefact. Even today it’s still fascinating and futuristic; a dense, impermeable concoction of ear-shaking, amphetamine-shifting, thrill-seeking disco punk that shits all over the ecstacy-infused wash out of Screamadelica. And while 2011's Primal Scream are happy to retread the steps of their post-club 'classic', XTRMNTR proves this was a band that had something to say, something worth hearing even today: PRML SCRM MTHR FCKR.