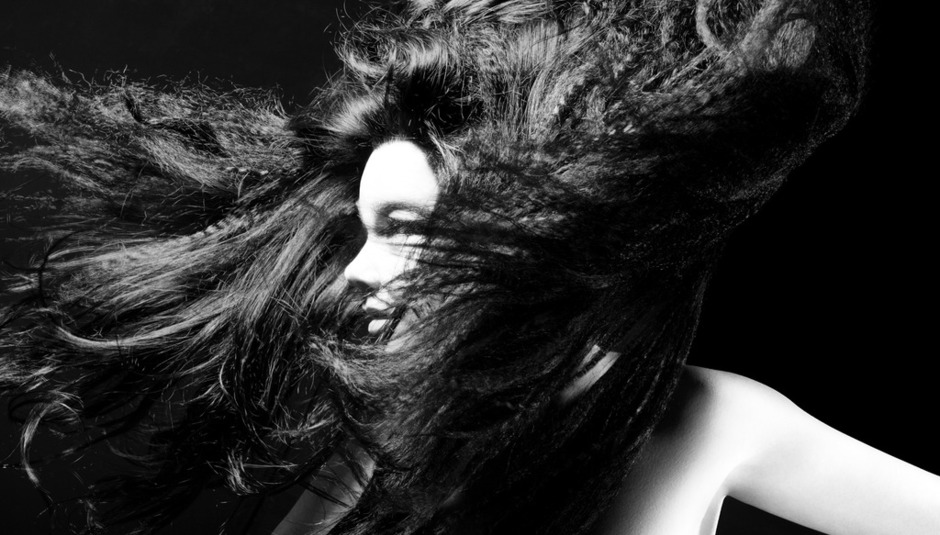 Björk was never going to be happy with an ordinary, workaday world tour for Biophilia. Instead, she plans to spend the next three years visiting just eight international cities for a series of six-week residencies. She will spend around a month and a half in each location, and her venues will be carefully chosen with science museums more likely to be selected than arenas. She plans to perform twice a week to relatively intimate audiences of fewer than 2,000 people, while the rest of the time the venues will host a series of music-education workshops in collaboration with local schools. At long last, her dream of becoming a music teacher will become a reality, albeit in a fittingly fantastical way.

A conventional tour is unthinkable in part because of how absurdly unwieldy her instruments are. While the high-tech touch screens that her band played on the Volta tour have directly influenced her composition of Biophilia, the machines she will use to play it are the sort of objects which will strike fear into the hearts of roadies everywhere. There is the vast barrel harp known as the Sharpsichord and then there are a further four 10-foot pendulum-harps whose strings are plucked by gravity’s pull. There is a pipe organ controlled by midi files and a celeste which has been re-fitted with bronze gamelan bars to create a hybrid called a Gamaleste. In order to play the bassline on ‘Thunderbolt’ she will have a twin Tesla coil system suspended over the stage. You know, because a single Tesla coil is just never enough, is it?

While she’s already told me how important Iceland is to her, it’s clear Björk relishes the opportunity to travel. Likewise her music has incorporated influences and collaborators from the far reaches of the globe, from Inuit throat singer Tagaq to Malian kora player Toumani Diabaté, and she recently released a series of Biophilia remixes by Syrian maverick Omar Souleyman. As I’ve traveled and worked in the Democratic Republic of Congo, I’m particularly interested in how she managed to stumble across Congolese dance pioneers Konono Nº1 before inviting them to play on Volta?

“I can’t remember... I guess somebody sent me a link to them – I guess that’s how you find out about new music these days!”

Does she spend a lot of time on the internet? The subject matter of Biophilia suggests she has the sort of mind that could spend weeks falling down Wikipedia's rabbit holes.

She laughs: “Yeah! Yeah, I do a little bit! I still haven’t gotten into Twitter and Facebook and all that. I’m trying, with this project, because it has that educational streak so I feel I want to talk about it. In a way it’s not about me. It’s the frustrated music teacher in me that’s gagging to find a platform! I mean obviously I do emails and use it to find music, but I also go to CD shops, so it’s a bit of both.”

Going back to Konono Nº1, she adds:

“I wanted to go to Congo, when I worked with them, but it was exactly when… when was it, it must have been 2005? It was like the week before that this big war had kicked off, and I asked the people who put Konono Nº1 out, who are Belgian, and they said that even they couldn’t go there at the time. So I couldn’t go, although of course I wanted to. I ended up going to Mali and working with Toumani Diabaté. In the end I met Konono Nº1 in Belgium. They were fun! We had a language barrier, but it was all translated. I would have liked to have worked more with them but their schedule and mine was tricky. My original dream was to persuade Timbaland to come with me to Congo. Not just for a short week or something but for a few months, and somehow combine his beats… because he’d been asking me for ten years to work together and I never understood exactly how I was going to enter that world. But I think between me and Timbaland, I would have been the anthropologist! That would have been my role.”

Björk is well cast as a pith-helmeted musical anthropologist, and having recorded in the past with not just the aforementioned musicians but also the likes of Thom Yorke, Antony Hegarty, Mike Patton and Rahzel I ask whether she’s seeking out future collaborations?

“Yeah, for sure,” she replies, “I’m not that greedy though, because to be honest I’ve been doing them for so long that I understand that it’s not just about 'shopping', you know? In the end of the day, if you have good chemistry then you have good chemistry. The chemistry is kinda more important than the two individuals. Usually, if you’re lucky, at any given point you might have chemistry with maybe one or two musicians. For example, I became good friends with Antony before we even sang together. It takes a while. I don’t know if you heard what I did with Dirty Projectors? That was one of the most exciting things I’ve done recently.”

As she said earlier, the songs are the core for her. I wonder whether she sees a triumph of style over content in the contemporary pop charts. Is Björk interested in or by Lady Gaga?

Her reply is cautious: “I definitely like some of the outfits she’s worn. I definitely admire her for her courage – it was getting really boring! It was like everybody was just really conservative, and nobody was taking any risks. I love theatrical stuff. I think all of us have a theatrical side and a not-so-theatrical side. The music? It’s not my thing. I mean, I don’t judge it. One thing good about music is that you can have all sorts of music. You can have… easy-listening new age music…which actually is even bigger than Gaga! Classical music. You can have billions…”

There’s room for everything.

“There is room for everything. Something that is quite common though, and I’ve noticed it even though things have changed a lot, is that there always seems to be room for a lot of male singers, and they don’t get asked to duel. You have Jay-Z and Kanye West being best mates. There’s always room for many male characters.”

Whereas women tend to be pitted against one another?

“Yeah, still it’s like ‘Christina vs. Britney’. Why? I don’t want to be put in a position where I have to attack her. I thought it was really weird and unfair when M.I.A. and Joanna Newsom were asked about Gaga and then because they didn’t like her music, it was immediately big news online and they had to shoot each other down. It’s like the three new, most happening female pop girls, the same kind of age, and they had to shoot each other down! Guys are never asked to do that. It’s just ‘the more, the merrier’, you know?”

I ask her whether she thinks of herself as a feminist and she draws a deep breath:

“In the same way as religion… I am very spiritual, but I don’t belong to any… ‘party’. The same with feminism. I get really scared and worried and run the other way the minute it becomes a dogma, or a doctrine. My mum’s generation, the hippies, were quite radical when it came to those things and I felt that for my generation the best thing we could do for women was just to go and get things done instead of pointing your finger forever. I think it’s better for me to focus my energy on just getting things done. Especially as you get older, because there seems to be this kind of invisible line that you’re just supposed to go home and stop doing things, which is odd. My idols have often been authors, because we have so many in Iceland.”

Who do you idolise?

“So many! In Iceland we are the nation that writes most books, reads most books and buys most books per person in the world. Our heroes are always authors and they always did their best work between 50 and 60. You’d do your angry, hardcore, ‘pose-y’ poetry book when you’re 21, when you’re an arrogant youth and you beat people up and all this kind of stuff! People will say: ‘Let’s see… when she’s 40 or 50, then she’ll do her mature work…’”

Björk, despite not appearing to abide by what she would call the ‘grid-like’ nature of aging, is now 45. The eclectic, ecstatic music she has made her life has at times been angry, hardcore and even ‘pose-y’. Is Biophilia her mature work?

“I don’t know! I definitely feel like I personally broke through some old, stagnated habits on this project which might enable me, for the next ten years or so, to do better music.”

For a moment she is lost in thought, rotating her jaw. She is still as driven as she always has been, still as exacting in the demands she places on herself as she scampers ceaselessly into uncharted territory: pop music’s most fearless explorer. She smiles ruminatively:

“I still feel I’m just as far away from what I want to do… but, you know? That’s just the way it is, right?”