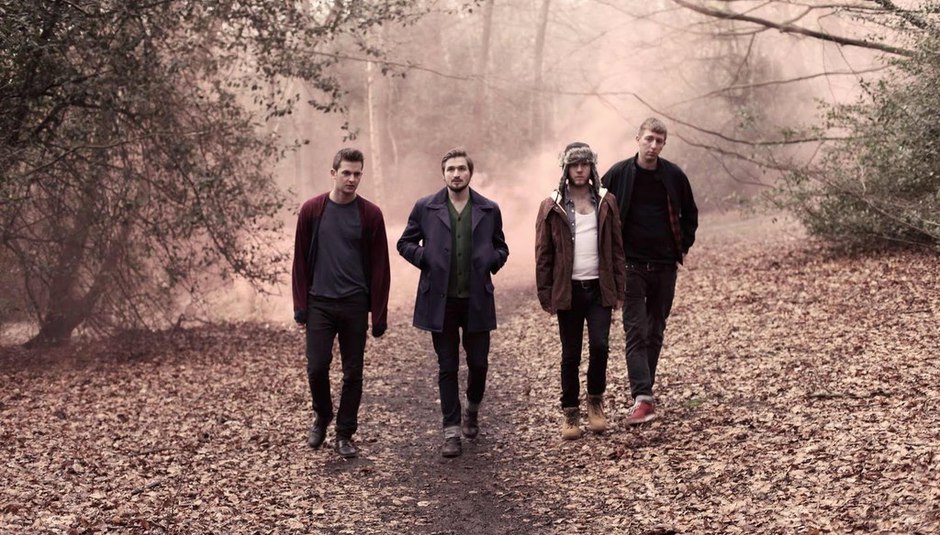 Tom Fleming (bassist) from DiS-favourites Wild Beasts walks us through their forthcoming album...

The more I read this back, the more it feels like I've insulted my children, but I shall write this in the hope that I write something that gives an idea of what we hear when we listen to Smother today. The album was made very much on instinct, and these assessments are very much after the event, but here we go.

This began life as a much fuller arrangement, one that was a sort of amalgamation of all the things that might be called our signifiers. Naturally, upon realising this, we sickened ourselves and set about changing it. This was really built in the studio from start to finish, the only things kept from the first tentative version being Hayden's original melody and the chord sequence. My part is one, unchanging chord.

One of the first we wrote, in a demo session that predated the album by about 8 months. Almost all of the sounds on this track are so-called "real" instruments, treated and filtered to sound unfamiliar. This is a playful song, and if I may, a bit of a disco banger, or at least as close to one as we dared. Frankenstein, Hamlet, Hamburg. Also worth mentioning that the synth used on this track was then to die immediately after, and this is its only legacy.

The intention with this was for it to sound as if it were played once, which it more or less was. Written in an hour or so one evening with what was to hand (a £20 guitar and a laptop mic) and dependent upon feel. We're big RnB listeners to be honest, and this was played as slow as we dared. Originally called "Inner Fires", we wanted something more definite. It's a song for someone doing profound things just by existing and getting on with their life, a portrait of many friends.

Us sort of putting into practice all the things we learned from making the other two records. Most of the tracks were pieced together gradually, this one was written in the Nashville style, all of us in a room together, listening to each other in real time, led by Hayden's guitar line. Lexxx did a wonderful post-production job on this, making our voices into insect choirs and the like. The keyboard is a £50 schoolroom Yamaha.

A short song about selfishness. Chris plays his drums like a leviathan, and we prefer to hide under our professors desks, covering him in pads and arpeggiators. One of the snare sounds is 12-ton forge hammer, recorded to floppy disk 20 years ago, and another is a bike chain on a bongo. It seemed fussy to put anything much over those three bass notes, so we really didn't.

Supposed to be a miniature epic, a Springsteen song on Coltrane chords. There were two pianos, a good one and a bad one. We of course chose the bad one, you can hear it grunting and fussing throughout. It was first a song about fear - "don't open that door", but flipping that into something positive opened up the whole song and led it to be what it is. Cixous - "If you forget to love me for even an instant, my life would be instantly obliterated like a dream". I'm not claiming we've given it that heaviness, but we're aware that exists.

Initially Hayden's laptop piece, this was a really early signpost to what the album was going to be, all synthetic bass and cave reverbs. We added a crappy xylophone and every bass instrument we could find. This was always supposed to be the first single, we think it's a calling card of the album. We are of course aware of the other "Albatross" in pop music, but this is now the real one.

Truly written in 20 minutes, what you hear is Benny looping himself on guitar, Chris looping a phrase of his drums, and Hayden and I singing lyrics as we dreamt them up. We sang this boy band style, which we have always flirted with. Another early demo signpost, featuring more synths which died after the event. I'm very proud of the directness of this one.

I'd half expected to lose the heart to put this on the album, as it is quite raw. I suppose it was also true that the realisation we could do this was an important part of making this album. Originally a piano song, the Eureka moment of putting an old sampler in its place must not be underestimated. It also represents perfectly the DIY approach of Richard Formby to electronica; let's MAKE something, you know? Featuring teaspoon and Woolworth's toys.

Where we stitched together all the Reich repetitions, the Ronnie harmonies and the Oneohtrix swells that we had been doing for the weeks in our industrial basement. We were persuaded into keeping this to seven minutes, when we play it live it will be somewhere between seven and seventy. We were thinking MBV's holocaust section, but gentler, and rising. I had just seen Swans, and got "For Bunita Marcus", so we've got acquainted with having patience, but this has as much to do with the Cocteau Twins. It is a joy to play. Smother will be released via Domino on 9th May 2011. Wild Beasts play Sheffield City Hall's Grand Ballroom with Perfume Genius and Summer Camp for DiS Events on Saturday 14th May 2011.