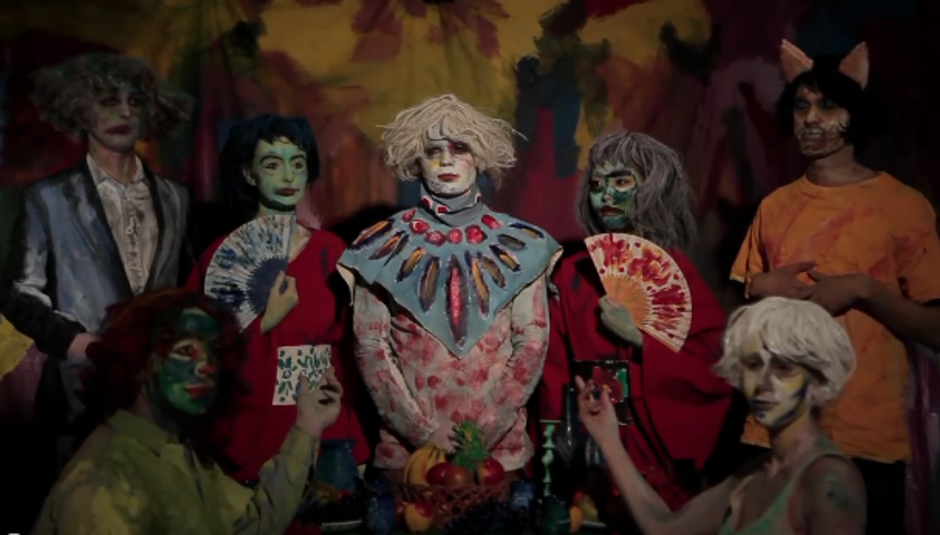 This week's Spotifriday playlist, featuring works from the likes of PJ Harvey, Roll The Dice, Vivian Girls, Connan Mockasin, Deerhunter...and then some! Click here to listen to it.

God damn Europeans indeed Miss Harvey. Especially with that awful bloody exchange rate and their horrible Monopoly-style coins. Just kidding. We don't want to go on and on forever about how good Let England Shake actually is, but we're going to do it for at least a little while more, just to get the message across. She performed on Conan O'Brien (ooh-er) this week. This track. Watch it here.

Ahem. Normally when I place a track or two from the weekly singles column I get lazy and just copy and paste whatever delightful prose Wendy has written about a track. Not this time, as she's switched things up a bit this week. You're just going to have to read things for yourself. The story surrounding this Deerhunter track is one of my favourites, though.

One of my favourite things about Kate Nash is her eyebrows. Another great thing is that the lyrics to this particular song, to my ears at least, sound very much like "I just want your kids, boy". What's the word they use to describe someone like that? Oh, yeah. Right. Emma Lee Moss interviewed Miss Nash a little while ago, something you can read here.

We actually had a whole ton of interviews and features this week. Almost drowning in words. Words which...I am fast running out of, to describe anything. I've lost adjectivity. Panda Bear was another one we interviewed. Yeah, him from Animal Collection. If you want to read his thoughts on a of variety things, as offered to Rory Gibb, then point your mouseclicker this way.

6. Funeral For A Friend - 'This Side Of Brightness'

This is a short song. So let's keep this nice and short also. FFAF photos here.

I was certain Wendy had already made Connan Mockasin's 10-minute "epic" 'Forever Dolphin Love' Single of the Week. But apparently not. This is just on another level. Words cannot do it justice, although Wendy did try her hardest, to be fair. Absolutely brilliantly mentile is this lad, Mockasin.

Metronomy released a new record on Monday, entitled The English Riviera and we thought it was absolutely bloody fantastic. Or Chris Trout did, we don't "focus group" our album reviews at Drowned in Sound. This is a track from it, and possibly a single, although I can't be sure. Either way, it's cracking.

Hopefully you will have noticed by the big bar at the top right of our homepage that Low induced a takeover of Drowned in Sound this week. Or rather, we granted them permission to do so - a bloodless, limited coup. Read all about it here. It includes a special Alan Sparhawk session. Special and exclusive.

When we ran the new Roll The Dice video, I speculated on the number of songs which include that word in their title. Some about surfing, no doubt. Historians have now found the answer to number in the tens of millions. Fancy that! Watch the video here, by the way. It is advisable not to, though, if you don't like watching men in pants.