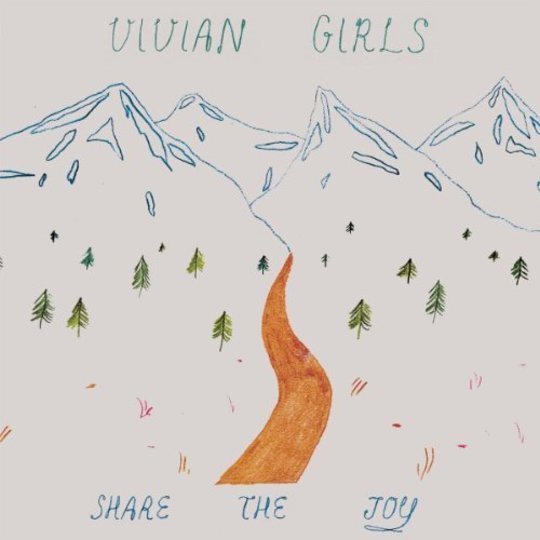 The careering prominence of New Jersey by-way-of Brooklyn trio Vivian Girls has been charted not only by their own celebrated musical offerings but also in their ability to monopolise the contemporary girl group market. After original drummer Frankie Rose quit the band to start up the eponymous outfit Frankie Rose and the Outs, her replacement Ali Koehler jumped on board then swiftly left again to join Best Coast. 'Kickball' Katy Goodman assumed a solo identity herself earlier on in the year with her side project La Sera and more recently, Cassie Ramone decided to branch out with The Babies. So they like to get around, that much is true.

Provoking divided opinion from the off, cynicists and unbelievers took an immediate dislike to the girls on account of Cassie's unusual, off-key vocals and the band's rather haphazard approach to instrumentation. But anyone who thought that their musical career was going to be short-lived has most certainly been proved wrong.

Fully embracing the world of hi-fi music making, Vivian Girls somehow teeter on a prog lined precipice with this third album, a steady and unyielding record which positively beams with a newfound sense of confidence. Augmented track lengths are testament to a more accomplished musicality and help to chart The Vivs' development. From a self-titled debut comprising largely of two-minute blasts of ramshackle lo-fi, to a second LP encapsulating a darker lyrical perspective and boasting a more coherent style of songwriting, this latest effort comes with a sparkling new pop sensibility, a more defined narrative and a refined sound to boot.

Shattering the punk façade and distancing themselves from many of the bands that were deemed their peers, the Vivs bulldoze in with epic opener 'The Other Girls'. Anchored by a louche two and half minute long guitar solo, this track briefly aligns the band with a proggier, Electrelane school of thought, as they dip their toes in more earnest, focussed waters.

This more intrepid route continues with 'I Heard You Say' a track which begins in much the same way as its predecessor, with Cassie's bittersweet vocal 'aahs' delicately topping and tailing sumptuous, drawn out guitars and chiming echoes. But it soon becomes apparent that this affair is nothing more than a fleeting romance, as the girls quickly re-claim their jangle-pop roots, serving up the sinister 'Lake House' and the irreverent 'Dance (if you wanna)'.

Cassie's sarcastic, brattish snarl is a tour de force in 'Trying to Pretend'. As a wronged lover, she airs her dirty laundry in public and vocalises her “big mistake” in song. And like an irritable adolescent, the tone of the album quickly flares up. By 'Sixteen Ways', things have got really bad; she's taken to “barricading herself in these four walls.”

When Cassie finally comes to her senses, she assumes the role of the experienced, wiser sage in 'Take it As It Comes', offering up tongue-in-cheek relationship advice (“You gotta think with your head girl not with your heart, if you ever want a love so true”) in a nod to the Shangri-Las' 'Leader of the Pack'. But candidly re-affirming life itself in 'Death', the record ends on a positive note.

So where the Share the Joy may inhabit a broad spectrum of emotions, inflicted with anxiety in places and rife with The Vivs' trademark wit, ultimately, it can be viewed as a shiny beacon of joy in an ever growing climate of discontent. And it doesn't profess to be anything it's not.