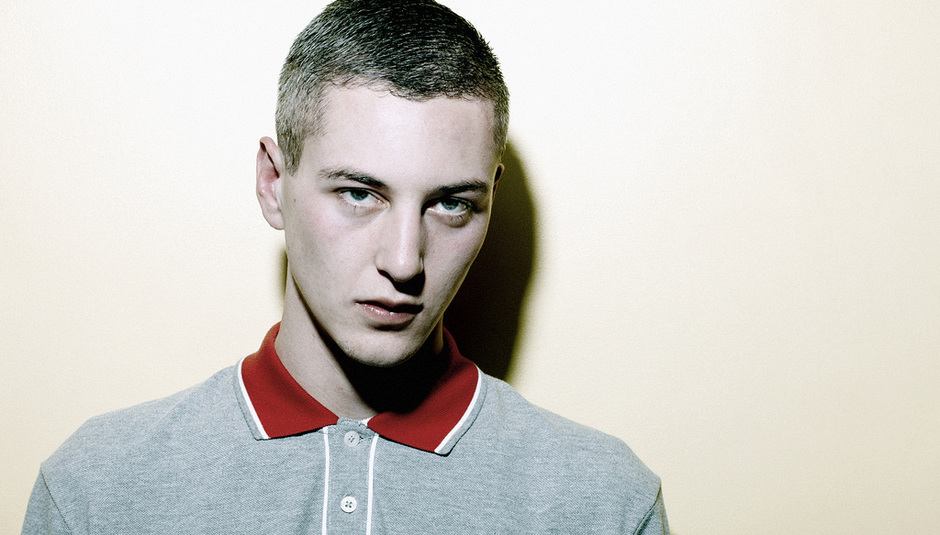 Quite possibly a new name to many DiS readers, Devlin is a grime artist from Dagenham whose been one of the biggest hitters in the underground scene since dropping his first mix tape Tales From The Crypt in 2006 while only 17, then following it with the all killers, no fillers The Art Of Rollin' two years later. Listed this January in the BBC's Sounds of 2010 Top 15 poll, that voted Ellie Goulding the girl most likely to, Devlin suddenly had suitors. February brought sweet victory to Island Records and the collective fruits of their labour, Bud, Sweat and Beers, is out now.

Underground grime lacks pop polish, being more about spitting bars over beats and challenging peers than knowing how to handle a full on lenghty stage show. Devlin has spent the past few months as tour support to the likes of Chase & Status, and latterly with Top Ten rapper Example. We meet Devlin on the tour bus at Bristol O2 Academy.

How is the tour going?

It's going brilliant man. Really good, like better than I expected, to be honest with you. There's a lot of talented people here; Example, Ed Sheeran and Yasmin (who features on current single Runaway), and when I get back I'm going straight in the studio. I just keep catching a buzz off people. That's what I like. It's nice to meet talented people. You can work off that.

Would you like to tell our readers a little bit about yourself?

I started out emcee-ing on the underground radio scene for grime music. I did the rounds on all the pirate stations then started making mixtapes and met a lot of good people along the way, I suppose. Then we started doing videos about a year and a half ago and things really started taking off for me. I got a lot of attention on YouTube, then the labels started coming, we signed to Island Records and now I'm in a van with you, lol.

Your lyrics, your bars, are highly complex,poetic and intellegent, making some take the easy comparison route and stand you with Eminem. I've heard you on interview, encouraging youngers to pay attention in school to help their vocabularies to develop. What was it that actually turned you on to words in school?

I just wasn't really that good at much else really. If it's to do with maths or statistics, I am crap. I just proper liked English. When you like something, you pay more attention and put your heart into it more. I think it was the clever word play. I appreciated the really clever stuff with all the twists in the tails and the metaphors.

Which books did they give you to read in school?

Macbeth, Turn of the Screw, Of Mice and Men (that was good). I think what made me laugh about the film of it... Do you remember when George puts Lennie out of his misery at the end? I thought it was going to be a big long speech an' all that: “Just think abou.......” BANG!! He didn't even give him a chance. Whoa! I thought he was going to say 'Look after the rabbits', an' all that but he didn't even say rabbits and he got one in the nut, lol.

You're following in the footsteps of originally Dizzee Rascal, then Tinchy Stryder, Chipmunk and Tine Tempah as they step up from the street scene to try and make a full career out of grime. You are one of the grittiest spitters out there and many guys who have been into you from way back are almost anxious to hear the album because they want to know has Devs sold out? Is he still true? So does it matter to you what your original fans will think of your album?

It does but as long as I stay true to myself and I'm happy with my music, then that's all that matters in my opinion but you've got to make certain allowances cos I'm trying to appeal to a wider audience now.

How far will you go, because the guys I've just mentioned have considerably moderated their style.

I can't leave the booth with music I ain't happy with. So really I just try to stay true to myself. All that stuff that Stryder and that have done has paved the way for people like me to come through. So yeah, they might have gone a different lane, but I wouldn't be able to do what I'm doing now if it weren't for them, so it's all for the growth of UK music. Hopefully, when I crack on, there'll be some other younger who'll be able to crack on and go in harder cos I went hard, know what I mean? It's all good for the growth and development of our scene.

You've been name checking the title of this album for a few years but how ready was this body of work before you signed?

We had a few tracks done but a lot of them weren't up to scratch for album quality. Of the ones we kept, we had London City and Community Outcast (from Tales From The Crypt). There was a basis there for an album of about 3 or 4 tracks and Island built off that. Then they sent me on the rounds and we did a load more studio sessions.

With the Tories back in power and the serious budget cuts that are heading our way, the quality of life for very many will take a dive. With the reissue of Community Outcast , how do you see the future for the kinds of people you wrote about in that song?

I dunno, I just think those people get forgotten about. That's why I wrote that song. I just think maybe the government ain't got the people's best priorities at heart, and I don't think they ever will. Anyone who gets put in power, they're all corrupt in the end, know what I mean?

I've heard Bud, Sweat and Beers and was excited to hear what you're doing now. There's a lot of guitar surprisingly, and it's very well produced but it's still clearly Devlin. No dilution there! And I've got to say that the track Our Father, just completely broke my heart. I felt so bloody guilty for what I've done with the world. It completely did my head in.

The single Runaway sound to me like a real pop record but what sets it apart is its full on poetic lyric. This is not throwaway pop but astonishingly romantic song about you and your girl starting a new life away from anywhere you know. Are you a romantic man?

Er, nope nope, not particularly. I suppose everyone can show love but I'd not say I'm very romantic - not unless you like a six pack of Stella, a takeaway and a bit of slap and tickle, lol.

On the other side of the coin, the track Let It Go that you did with producer Labrinth, is one of the most accurate-sounding relationship break up song that I have ever heard. It sounds as if it fell naturally so was it an easy one to write?

Yeah man, cos I think everyone's been with people and you feel like shooting yourself in the whatever so, I got right pissed off that day I went in to see the producer Labrinth and we set about some work.

Seriously? You just felt it, you saw him and you were away?

Yeah, I went to see Labrinth and whatever, and I weren't very happy at the time, and we were just thinking of songs to do and I just started writing, me and Labs sat down and jammed. He's brilliant, you know what I mean. He's got so much energy in the studio and man, there's never a dull moment in there. You can feed off his energy. Buzzing. Good character.

With so much concentration going into making then promoting and releasing your first album, do you still have time to go out and do collaborations with with your boys?

Yeah that's where my boy Lewi White and his studio comes into play. That's my home. And that's me, Ghetts, Dogzilla, Lewi we get down in there, know what I mean, and the label don't mind. As long as I do my job for them. Yeah I love being with the boys, man.

Bud, Sweat and Beers is out this week on Island Records.