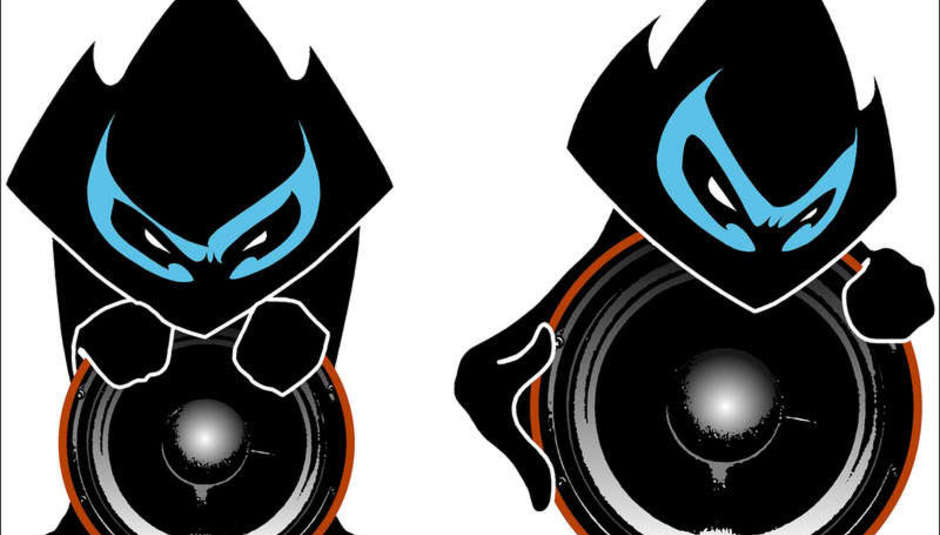 After taking a look at the last twenty years of London’s hugely influential Ninja Tune imprint, chatting to founding duo Coldcut about the way the label’s mode of operation has shifted over the years and how they’ve managed to stay alive and kicking where so many similar collectives have fallen by the wayside. This second half looks towards the future of the label, as it cements a host of new connections that further break down limiting stylistic notions of genre and aesthetic.

In 2008, eighteen years after Matt Black and Jonathan More’s frustration at the machinations of the record industry gave birth to Ninja Tune, Kevin Martin’s third album burst from their ranks with all the rabid ferocity of a caged animal. The Bug’s London Zoo was a landmark release both for the label, as its first embrace of the bass-heavy sounds that would come to infiltrate every part of modern dance music by 2010, and for Martin himself, sending his uniquely British fusion of ruffneck ragga aggression, dystopian dread and pop suss outward to a far wider audience. It arrived in the middle of a period of real musical expansion and transition for Ninja Tune. Having typically been placed in the stagnant ‘trip-hop’ bracket, in the second half of the noughties their restless thirst for new sounds was swiftly taking them to places as yet unexplored. Two years down the line, their twentieth anniversary boxset XX is offered as a ‘futurespective’: a massive collection that nods to their past, but focuses far more attention on drawing together bizarre and beautiful mutations from the peripheral zones of modern electronic music.

“We don’t want to be in the middle of things,” explains Black, “because the middle doesn’t move very much. It just shuffles along. It’s more exciting on the edge, but you don’t just want to be totally off on your own because it gets very lonely!” That’s a view of Ninja Tune the duo have always tended to subscribe to. “I think it is outsider art in a way,” he continues. “Jon once said we’re the piece of grit in the oyster of dance music. And the grit’s what the pearl grows round - so that’s perhaps a large statement. But we don’t quite fit in - we are mutants, we are oddballs - yet we’re part of it all as well. We’re not just separate; we’re connected to it all. And it’s good to have your own identity.”

The first disc of XX focuses on the most ‘now’ segment of Ninja’s current trajectory, bound together by a heavy bass focus and an excess of shockingly vibrant, toxic synth melody. In line with the general mood of post-dubstep music, it’s refreshingly difficult to define exactly where many of these mutations really fit, but placed alongside one another their common threads begin to stand out in sharp relief. If dubstep was all about space and distance, mapping urban geographies through sparsely laid out networks of sound, the claustrophobic scree pieced together by the likes of Zomby, Dorian Concept and Offshore – gaps packed with sound from all manner of sources – is far less a music of alienation or isolation. But dubstep’s offspring continue to focus on the spaces between notes, and have retained a fundamental understanding that what’s not present is as important as what little there is. The psychedelic two-step of Dorian Concept’s ‘Her Tears Taste Like Pears’ glows with a soothing warmth despite its abrasive exterior, and Zomby’s exquisite ‘The Forest’ could as easily soundtrack rural daydream as nocturnal cityscape, its rattling percussion like wind through trees or the panicked wheeze of bus airbrakes.

“Lush brutality!” laughs Black. “That’s the sound. Us wanting to do [the boxset] has very happily coincided with a peak in really fucked-up electronic dance music at the moment. So we’re carrying the flag for that, more than anyone else I think.” “It’s a cycle I’ve seen quite often,” More agrees, regarding the last couple of year’s explosive radiation as one single stage in an ongoing dance music narrative. “Things [are] born, grow, get consumed, get eaten, regurgitated and return as another form, and dubstep was the instigator that broke open this straitjacket that seems to become imposed upon any genre after a while.” New signings Offshore, whose fluorescent melodies and connection to Glasgow’s Numbers collective align him closely with contemporaries Rustie and Hudson Mohawke, and ethereal San Fran beatsmith Eskmo connect very directly to that attitude. “I think [Eskmo’s] a fascinating artist,” explains More. “[He’s got] this very brutal but very lush, fucked up beat thing going on, but with these amazing vocals.”

The last year has also seen Ninja hook up with Flying Lotus’ much-touted Brainfeeder imprint, which expands beyond Steven Ellison’s own chaotic, jazz-influenced sound to absorb many of his contemporaries within the LA beats scene. Over the last couple of years, since the release of Lotus’ labyrinthine Los Angeles album, a conduit seems to have opened between that scene and London’s dubstep community, allowing a free flow of creative manna to shift back and forth between both cities. Rising London producer Pariah’s debut 12”, ‘Detroit Falls’, sent tendrils rippling across the Atlantic, and on the other side Lorn’s pitch-black Nothing Else album tapped into much the same psychic space as the earliest releases on Hyperdub and Hotflush. That connection is something More sees as an exciting extension of the label’s existing niche. “It’s interesting how there’s this thing going on between London and LA, and the whole scene there.” He pauses for a moment. “We’d love to have signed FlyLo, but Warp’s probably a much better place for him!”

If Ninja’s current expansion into new regions parallels electronic music’s general shift towards bassier climes, there’s also a real sense of consistency in their attitude towards the music they put out. They maintain an ongoing relationship with many of their longer running associates (the likes of Funki Porcini, Bonobo, Mr. Scruff and The Cinematic Orchestra), and both Andreya Triana and the Floating Points Ensemble remain tightly locked to what many see as the label’s core aesthetic. The third disc of XX mirrors that legacy, mapping older territories from a contemporary angle: Triana remixed by dubstep forefather Mala; Roots Manuva’s classic ‘Witness (1 Hope)’ spectacularly decimated, torn into jagged fragments and rewired by Slugabed; Floating Points refracting the spirit of Coldcut’s ‘Autumn Leaves’ through a classic house prism on ‘Post Suite’. It’s like looking at the past through the hypersensitive eye of modern technology; Autechre’s remix of The Bug’s menacing modern classic ‘Skeng’ sounds like the future, even as it traces lines that stretch backward towards classic electro. If you ever played Deus Ex, a wonderful dystopian nightmare of a videogame, bring its soundtrack to mind, and you’re somewhere fairly nearby.

As a unified front Ninja Tune certainly maintains the same restless urgency as it ever did, amassing a roster of artists that approach modern music from a dizzying array of angles. Has their attitude towards finding new artists for the label changed over the years, or do the same criteria continue to crop up, bound to electronic music’s regular cycles of stasis and change? “It’s a pretty similar attitude really,” answers More, “interesting characters who’ve got enough pizzazz to get something together themselves, sort something out, and be quite a package already. Because I think that’s in a way it’s got to work. With the way technology’s enabled a lot of modern music to be made, there’s a lot of dross. We want stuff that’s fairly well formed already.” But both continue to see Ninja’s development as a matter of nurturing links and connections: between individual producers, between different scenes and sounds, between past and future. “A lot of the hot new lads out there, they know Ninja Tune,” explains Black. “They are our fans because they are people who themselves found their sustenance on the fringes, not in the centre. They know us from when we were around. They knew us when they were little kids, and then when they started to get into music we were still here. Now they’re the new dons and we’re still here, and we have great relationships with them.”

A Decade of Glasgow bands