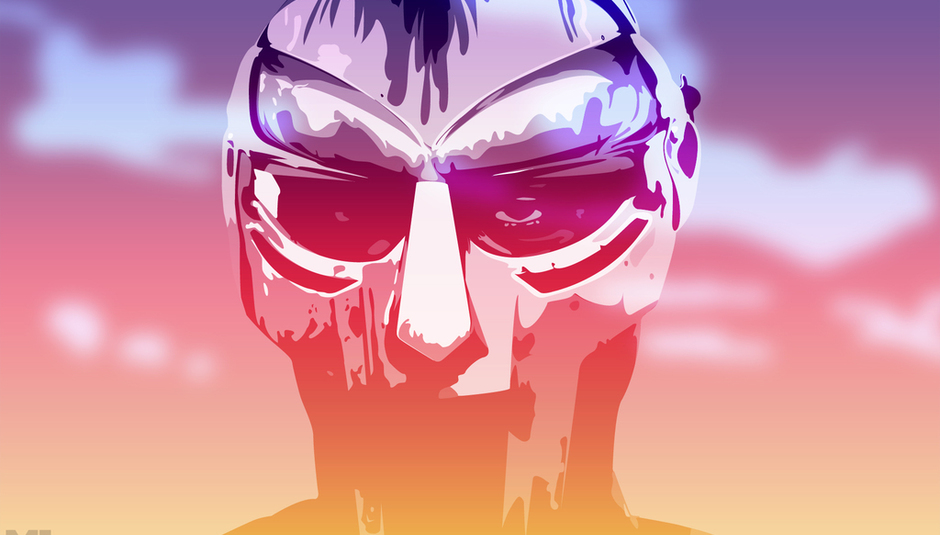 Some time around the start of last year I found myself scanning through my music library, and coming to the realisation that something was slowly eating its way into my tastes. A slew of tracks and albums praising the skills of the hustler, the dope dealer, the ostentatious pimp and the blunted beatmaker were making inroads into my hard drive and CD racks. Converge found themselves sharing an album shelf with Clipse, Madlib made himself a bed next to Mogwai and the Melvins, all whilst the Wu Tang in their various guises swarmed all over like so many killer bees. For a young teenager who had renounced hip hop and its slinkier brother R’n’B as Trojan horses for the saccharinisation of pop music the first time he heard a Fugazi record, this was a significant turnaround.

I make no bones of the fact that I was afraid of hip hop: as a white, middle class, suburban student it felt like I was the target of all the bile and energy that seeps through the very best hip hop. And it’s not just the lyrics that dwell on guns, bitches, money and narcotics - hip hop’s holy trinity plus one if we’re engaging in reductio ad absurdum - it’s the density of the music, the constantly referencing and re-referencing of inspirations, the razor sharp battles of wit between rival artists. Hip-hop, like other musical subcultures such as hardcore, metal or even trance, revels in creating it’s own separate world through language and music. Whilst initially impenetrable slang dominates much modern hip hop, there’s an equally observable freedom of speech: tracks cover all manner of subjects ranging from the political to the personal. Similarly, the music can range from the outrageously lush pomp of g-funk to the raw sound stuttering perfected by producers such as The Neptunes. It’s this variety combined with the aforementioned impenetrability that scare initiates to the genre: Where do I start? How do I begin to understand this?

I started listening to hip-hop as a challenge to myself, as much as anything: I’m something of a dilettante who’s rarely content to dwell, musically speaking. In less than ten years, I’d gone from turn of the century ‘indie rock’, wearing out my copy of Is This It, through hardcore and college rock with a battered copy of Our Band Could Be Your Life, to increasingly freeform pyschedelia and noise, cherrypicking landmark releases as I went and burying my head into the various oceans of information and music floating around. Hip Hop seemed like the next logical step: a genre of music which I knew almost nothing about, yet seemed to be increasingly gaining critical mass.

Like many latecomers, I snuck in through the back door. I bought records by supposed ‘backpackers’ El-P and Aesop Rock, explored wunderkind producers J-Dilla and Madlib, before initially dipping my toes into something a little harder edged: Clipse, Raekwon and Ghostface Killah began to surface. It wasn’t too long before I was in head over heels, listening to everything Lil’ Wayne had ever committed to mp3 and eagerly awaiting the next big thing to put out a mixtape. Undeniably, the mixtape culture fed my habit: whether you want droned out southern rap or coked up NYC fury, there’s something for everyone, for free.

What has continued to appeal to me is the rhythm of hip hop. I found my greatest love in music has always been the groove, that point when a band or artist finds a perfect tempo which seems to resonate with the very frequency of a heartbeat, moving right in time to your body. Hip hop has this in bundles, like no other genre. Taking it’s initial musical portion from cut up soul, disco and funk has helped, but there’s nothing which comes close to the sound of a verse delivered in perfect time, flawless emphasis adding to the meaning. It’s not what you say, it’s how you say it, as one of today’s leading lights, Freddie Gibbs, ably demonstrates, his soothing soulful flow soundtracking listless nights in Essex suburbia just as effectively as heat hazed boredom in Gary, Indiana.

What surprises me the most about Gibbs and the recent crop of hip hop stars is how easy to relate to they are. There’s some kind of refreshingly indefinable honesty about hip-hop, ranging from Aesop Rock’s patchwork tales of urban lifestyles right through Raekwon’s ghetto mafia opuses and Gucci Mane’s swaggering braggadocio. Indie music never felt real to me, lyrically, wrapping up meaning in dense metaphor and dust-blown eccentricity. Hip hop revels increasingly in storytelling, and its almost entirely first person perspective sets it apart. As Jay Electronica has succinctly put it, Raekwon and Ghostface have showed that if you want to rap about your guns, your bitches and your chain, you can’t do so properly without getting into social commentary: “It’s like Doestevsky, y’know what I’m saying”. Only Built For Cuban Linx and Supreme Clientele, like all great rap records dealt with meticulously detailed observations of a certain lifestyle that’s almost entirely alien to the listener. And observations doesn’t necessarily mean making a political statement, as Lil Wayne ably proves. On his best records, he offers a tantalising glimpse of the world through his purple hazed vision, adlibbing and going off on wild tangents. Lil Wayne; like Gucci, like Raekwon, like Andre 3000, offers a uniquely personal insight into a realm most of us can only dream/nightmare about. In that sense, hip hop to me has an essentially pyschedelic quality to it, like hardcore did before it. It’s eye-opening and transformative, and not just for those like Barack Obama and John Kerry looking for politically useful soundbites.

It didn’t take long for my appreciation for this almost psychedelic otherworldness to extend to the music behind the lyrics. More so than hypnagogic pop or whatever the latest label to pillage the past might be, hip hop is music’s great recycler and re-animator. Moreover it seems to increasingly be music’s great innovator. It’s not just cratediggers like Madlib continuously searching further and further afield for inspiration: Kanye West has sampled King Crimson on his latest single, whilst Lil Wayne’s mixtapes frequently challenge production norms, his rasping cackle ululating over near beatless drones and washes such as ‘Single’ or ‘I Feel Like Dying’.

The first time I heard The Burrprint 3-D, Gucci’s production blew my mind. It was a veritable fiesta of sounds, brash, loud, lo-fi and decidedly weird. The idea that anyone could make this kind of music popular seems to defy belief. Thus, the message from the past decade, which I’ve slowly let seep into my skull is that beat making is an artform. Making something repetitive and looped that sticks in the head, for example in the way that The Pharcyde’s ‘Drop’ does, requires a huge amount of skill, if not necessarily musical talent. The producer’s impact over the last decade hasn’t increased massively, but certainly appreciation for them has: whether it’s Kanye’s tweeting soul cuts, Dilla’s mindblowing percussion, The Neptune’s skittering, stuttering takes on g-funk, or Madlib’s bizarre blunted creations. Hip-hop, on the back of the mixtape culture, seems to be constantly on the brink of musical innovation, never content to return to pastures old for fear of sounding too much like one of the herd.

I can’t convince you to like hip hop. I can’t even convince that I know anything worth a shit about it yet. That’s something you have to decide for yourself. I wrote this article not to seek absolution from pretending to relate to a genre whose bread and butter are experiences I can’t ever claim to have experienced. But what I can convince you to do is not write off as oppressive, impenetrable and brash a genre which extends far beyond overly simplistic conceptions that it’s suffered from in the past. To me, it seems that the last decade has seen hip-hop emerge from a cocoon. And after all, when you take it down to simple facts, life really ain’t much more than bitches and money. Hip hop’s at least honest about that fact.