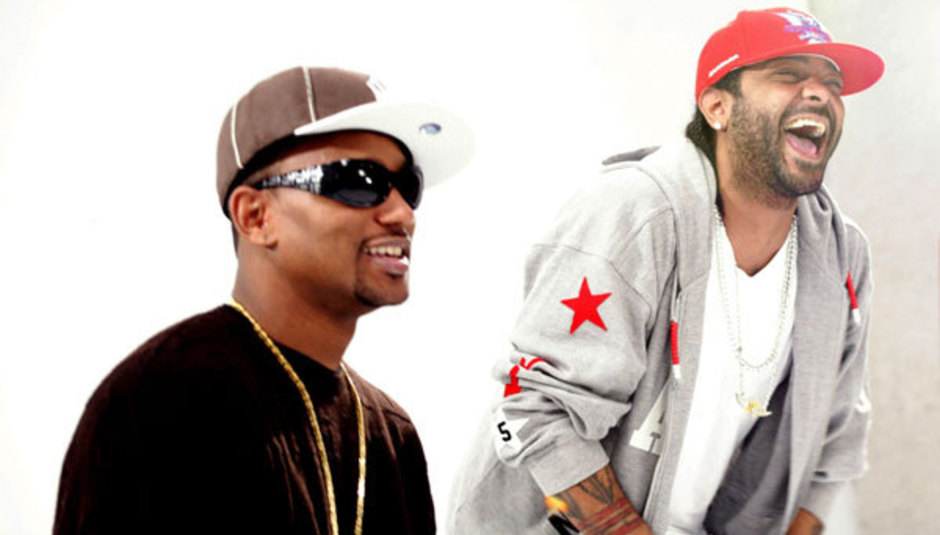 It’s a general rule that a passion for a subject and loss of detachment from it tends to destroy one’s capacity to see the humour in it. Stamp collectors fail to find anything funny about stamp collecting; gardeners do not as a rule find their interest in flowers as wickedly lame as the general population; and dubstep aficionados are generally unaware of the rest of the world’s mockery of their penchant for hooded sweatshirts and near-constant onanism. An interest in hip hop is subject to this same phenomenon. Once one has been initiated into the fold, one tends to take as matter-of-fact certain acts and phenomena that, to the non-Brahmin, fairly resonate with absurdity.

This, then, is our attempt as hip-hop aficionados to take a step back and point out the few times when things got too ridiculous even for us. Many of them involve Cam’ron and Kanye West. Go figure.

Sensing an opportunity to whale on his favorite punching bag, Fox News pundit Bill O'reilly, arch-conservative figurehead of the arch-conservative media outlet, invited Harlem rapper Cam'ron on his show to answer questions about Hip-Hop's influence on youth at a Philadelphia high school. O'reilly, however, failed to take into account that he had just given the only person who was more arrogant, combative, and childish than him when it comes to debate a platform. Cam'ron accomplishes what Richard Dawkins and Keith Olbermann couldn't. He made O'Reilly seize up and sputter like the bigot he is.

Highlights include Cam'ron opining that rap music isn’t the only negative musical influence on youth because the Columbine High School shooting was "more of a Marilyn Manson jumpoff."

2. Noreaga rolls his window down

In an effort to elevate story-telling hip-hop, Noreaga details a run-in he had with one his enemies on the highway, in the track Cocaine Business. While describing how the ordeal started Noreaga spits the one of the funniest couplets of all time:

“I rolled the window down and ‘what's up?’/then I said ‘fuck you’, and rolled it back up.”

Note: This is Noreaga's best couplet. His best one liner, by far, is obviously:

“I get head and I don't even iron my pants”

3. The Lox vs. that wascal Puffy

While throwing a tantrum on New York radio station Hot 97 about a contract they had signed with Bad Boy records, Jadakiss and company threaten Bad Boy impresario Sean Combs, stating that "no amount of security can protect you from a fridge falling from a skyscraper." And while the mental picture of Sheek and Styles trying to open an Acme Fridge box is entertaining, it doesn't beat the Diddy acknowledging the absurd scenario as plausible by telling them they aren't capable of killing anything with a fridge.

4. The Pied Piper plays a tune

A few years after hurricane Katrina devastated his hometown, in the middle of an global recession, and in a month where the Dow Jones Industrial Average dropped 14% and 240,000 of his fellow Americans lost their jobs, Brian “Birdman” Williams decided to give his adopted son, Lil’ Wayne, a birthday present of $1 million dollars in cash. To ensure struggling people everywhere were aware of his largesse, the Birdman gave Weezy his present at a paparazzi-filled nightclub in Miami.

6. Rappers are aware of blood diamonds. For a minute or two.

In a Nasir Jones moment of contradiction, Kanye West decided to simultaneously bemoan the existence of blood diamonds and design, endorse, and popularize a diamond-encrusted Christ face medallion. Kanye confronts the internal struggle he no doubt faced on Jay-Z’s “Diamonds are Forever.” Kanye discusses the pain he felt when he “saw a shorty armless” due to blood diamond conflict and in the same breath absolves himself of complicity in the horror by declaring that “it’s in a black man’s soul to rock that gold.”

Most rappers decide to avoid the intersection of race, wealth, and exploitation popularized by Leonardo DiCaprio, as it forces a series of uncomfortable questions about the morality of conspicuous consumption. Signer Akon, however, confronts the issue head on by claiming to own a diamond mine. Ballin’!

7. Gotta do that Yayo Dance

Success does not always come to the young; many need to wait for their time in the spotlight. Thus, when 50 Cent’s skyrocketing popularity in the early ‘00s allowed him to engage in the time-honoured tradition of “putting his crew up”, G Unit member Tony Yayo found himself going overnight from aged buddy of 50 Cent to aged buddy of 50 Cent who was now in music videos. He reacted to the increased scrutiny given to his weatherbeaten visage both by rocking a bucket hat and popularizing a dance move, displayed prominently in videos, which involved “sort of wiggling his hands in front of his face”. This ingenious method of camoflauge from both cosmetic scrutiny and recognition for previous unsolved crimes was not lost on the broader rap community. As Kanye West related when discussing the paparazzi in ‘The Good Life’, “Cameras flash so close, that I gotta do that Yayo dance”.

The “slash actor” suffix, when prefaced with one’s main occupation, tends to indicate that one has arrived in their chosen field. Eminem, 50 Cent, Andre 3000, P Diddy, TI and other actors who successfully made the crossover to film no doubt made the acting game look pretty sweet. However this transition was more perilous for some, as Cam’ron and the Diplomats found out. While undoubtedly excellent in their main field, their self-produced onscreen debut “Killa Season” failed to find its audience, largely due to its being an unmitigated disaster. An trailer which featured one character being introduced promisingly as “The Hood Internet” and subsequently failing to appear in the actual film, along with a vivid moment involving urination with a punitive intent, was the high point of this cinematic project. The actual film was purported to be sprawling, bleak, inane and amateurish to the point of disbelief. Anecdotally, it was beyond the production team to remove the wind noise from the soundtrack, although we’re not sure about this because neither of us actually saw it.

That's our 8, what two more would you like to nominate to make this a nice round 10. Comment below...