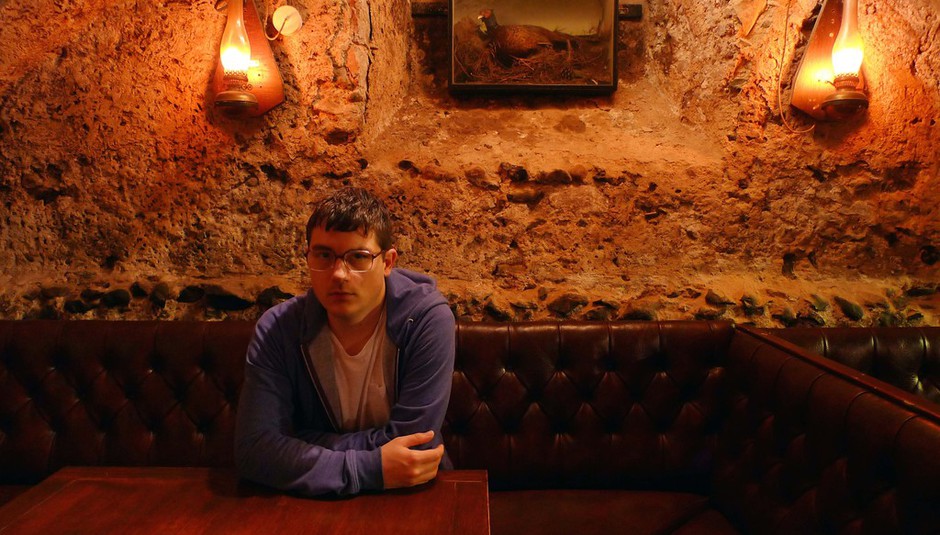 You could hear many things come the end of the year about how 2010 has become a kind of electronic revivalist year. Well, at least more so than many others in the past decade. Some of electronica’s biggest names have emerged this year with seminal works, but it’s just as much thanks to a new breed of beat-wielding maestros that has made the year so special.

One of those names is Luke Abbott, whose Holkham Drones is an undoubted highlight of this year’s electronic output. William Grant caught up with Luke to talk about the influences of his peers, his friends, his imagery and his doubters.

How are you feeling about everything going on around Holkham Drones at the moment? Some very kind words being uttered around..

I'm glad that people seem to like the album, but it's always strange putting your music out into the world, it can make you feel quite exposed.

How long did it take you to whittle everything down to the albums worth of tunes?

Quite a while I suppose. The album spans about 3 years worth of work, and there's a lot more tracks that were rejected than ones that made the final cut. I'm naturally quite an impatient person, so I've been quite aware of how patient I've had to be while trying to make this record. But now I have a chance to reflect on that, I couldn't imagine it working in any other way.

A lot will, and has been said, about your Norfolk background. How do you feel when people say that your music has been influenced by geography? Do you see it as an affliction or a blessing, if either?

I don't think my music has much to do with where I am, it has a lot more to do with the people I know. I am happy living in Norwich though, and I don't plan on moving right now.

When you say more to do with the people you know, does that mean that you want to have a, sort of, relationship based feel to your music? Because it certainly has an emotive feel to it that is dissimilar to a lot of dance baiting producers..

I just think that the people you know have a bigger influence upon you than most other things, like geography for example. I'm not claiming any romantic or emotional connotations inherent to my music, in fact I don't like talking about music in terms of emotions at all, it's just too subjective.

Do you work a lot with any aesthetic themes or visuals in mind?

I don't really work with any visual aesthetic in mind, but I think I'm quite a visually aware person. I studied Fine Art before I got serious about music, and I still intend to make more visual art once I get bored of music.

But there’s no thematic concept or anything when you’re putting something like Holkham Drones together? Is it just all down to a sense of mood within a sense of timing?

I think that sometimes you can arrive upon a personal aesthetic when you let your self work in a way that reflects your attitudes about music in a wider sense. I suppose in some ways my ideas get wrapped up in the music that I make, ready to be unpacked as different ideas for the listener. But it's not like I try to impose some grand concept on the music, themes just arise naturally and it makes sense to try to be aware of them.

Having seen you live before, do you feel more comfortable now with this new material at the nights you play? And how do you find things differ internationally – you must have been to some brilliant and strange places on the BC nights..

Playing live has had a huge effect on the music I make, I'm constantly rethinking my live set at the moment. Since I started working with Border Community I've had the chance to play in some of the worlds best clubs, before that I was playing electroacoustic concerts and lo-fi music nights in Norwich, so it's been a big change for me. I've been playing live mostly with just a laptop+controller setup for a couple of years now, but I've recently started to move away from that and I'm trying to put together a more hardware based set up. It's quite a challenge though, and I'm not sure how portable it's going to be, but I think it's going to be a step in the right direction.

Will you maintain with those sorts of nights, or do you see the live stuff branching out into different areas? Any live instrumentation due to be thrown in, or do you want to retain a solely electronic feel?

I don't know. I don't think I can just 'throw' things in, it doesn't really work like that. As far as I can see, the music I'm making at the moment is mostly based upon an exploration of my ideas about sequence and pattern, which lends it's self to working with electronic instruments as I think they are naturally connected to those ideas. I wouldn't start using live instrumentation just to widen my pallet of sounds if I didn't think that they had any connection to the core concerns of my music, and then there are also pragmatic reasons why acoustic instruments are less suited to the way I work. But I'm not strictly against it in principle, I just don't have reason to at the moment.

Tell me about the Norfolk ‘scene’ as it were...has it basically evolved around you and Nathan? And do you have any tips for any other budding producers on their way out of there as well?

I don't really think that Nathan or I are particularly representative of the local music scene, besides, Nathan lives in London now anyway. The music scene here is a bit like a buffet, there's a bit of everything. But nothing really dominates the scene.

Do you see your music as being escapist, then?

No more escapist than any other music is.

There’s a notable shift to the more dancefloor led thuds ala James Holden/Border Community in general. Intentional, or just how everything fit in when you were building the songs?

I got interested in dance music because it has such basic rules; it offers a kind of utilitarian framework for music. I think I see it as a compositional challenge to make something that functions like dance music but somehow isn't dance music. Also there's a sense of freedom that comes with exploring the conventions of an established musical framework, it gives you something to rely on but also something to kick against.

How do you feel about the Boards of Canada constantly being thrown your way? Do you think it’s a necessary evil for people to initially comprehend the evolution of that sort of electronic stable?

I don't mind it because I like their music. I suppose they've become a bit of a landmark in the history of electronic music, so I can see why people want to refer to them often when describing other electronic music. But I don't think that what I'm doing aspires to their style or is even that influenced by it, I think it's just journalists way of signposting something as being melodic synth music.

(Don’t Call It A Comeback) - but how do you feel about the apparent renaissance of intricate, subtle dance and electronic music ala Caribou, Four Tet, Pantha Du Prince et al?

I suppose it's good. I don't really know what to say.

Having James and Kieran around must be a great influence on your work, though. Do you feel that gives you an extra impetus to push that envelope or are you just content and/or proud to be around them?

I'm not trying to compete with them if that's what you mean, I'm not competitive in that way. Like I said earlier, I'm aware that the people I know have influence upon me, but mostly I'm just happy to know them.

OK – regressing to your homeland – if you had to advise one place to take Holkham Drones and listen to it at, where would it be? Where is it’s perfects landscape?

Somewhere safe that you can explore.